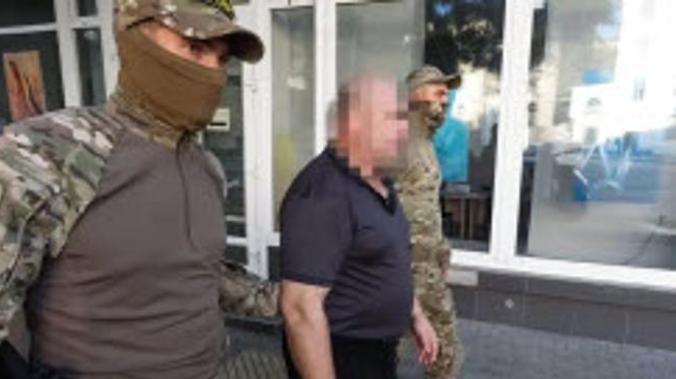 A joint operation by Russia’s security service FSB, the Ministry of Internal Affairs and the Rosgvardia suppressed the activities of a Hizb ut-Tahrir al-Islami cell.

The operation took palce on the territory of the Ternovsky and Verhnesadovsky municipal districts of Sevastopol and the Crimean Bakhchisarai.

In total, two ringleaders and 3 active members of the group were arrested.

As it was reported, members of the terrorist structure actively promoted the idea of ​​creating a so-called “world caliphate”, destroying the institutions of a secular society and overthrowing the current government by violent means. In the course of secret meetings, they spread terrorist ideology among the inhabitants of the peninsula and recruited Crimean Muslims into their ranks.

The FSB emphasized that a significant amount of Hizb ut-Tahrir al-Islami propaganda materials, communications and electronic media, banned in Russia, were found and seized at the places of residence of the terrorist members.

At the beginning of July, seven more adherents of the terrorist doctrine were detained in Crimea.

In April, in Simferopol, the FSB detained two terrorists who were planning to set up an explosion in one of the educational institutions of the Crimean capital. The attackers were preparing an armed attack using improvised bombs. After the terrorist attack, the young people planned to leave in transit through Ukraine and Turkey, and then to Syria to join the ranks of the militants.

A month earlier, the FSB prevented a terrorist attack in Moscow.

“As a result of the measures taken in Moscow, a Russian citizen was detained,” the department said.

They noted that the man was planning to detonate an IED in a crowded area in July.

In the cache he equipped, components of an improvised explosive device were found, and in the communications equipment there were instructions for its manufacture and correspondence with members of international terrorist organizations located in Syria.

A criminal case was initiated, operational-search measures and investigative actions are continuing. The identity of the attacker was not disclosed.

This is particular action is coming from Turkey.

Previously the Turks murdered a Russian diplomat in Istanbul and ambushed a Russian jet in Syria.

But the Turks are just one part (using Sunni Muslim angle) of a broader NATO war against Russian sovereignty.

They used this sinister strategy in the Caucasus which failed…but they try again and again.

In NKVD way ‘in the name of the people, execution follows’.

You sound bitter and hatefull. Has a Russian fukced your mother or something?

NSDAP had two kind of dogs, SS and SA. SS were low life pussies strong with schmeisser versus unarmed, and SA were fagots. Finally Hitler was sexually disfunctional, he couldn’t fuck his hand. But at least he fucked your rotten mind. Hope you’ll follow his path, uneducated cluster fucked hitlerjugend wannabe.

the only terrorists are ukropnazi dogs*

Last edited 1 year ago by SBU are FAGS
3
Reply