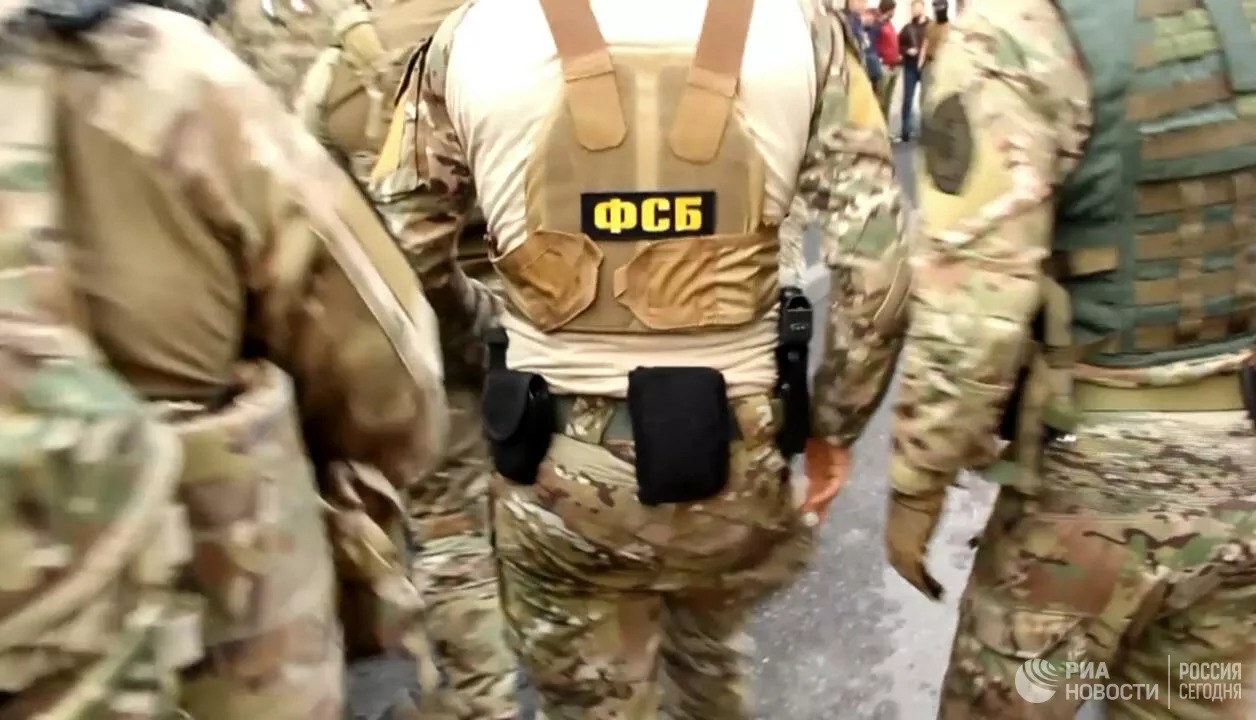 On March 17th, an ISIS collaborator, who was preparing a terrorist attack was detained in Adygea, the Russian security service – FSB reported.

He is a native of Central Asia, he admitted that he was going to set an explosion in a shopping center.

At his home they found components of a homemade bomb with striking elements, an ISIS flag, as well as a map of Maikop “with objects of terrorist aspirations.”

In the men’s smartphone and computer, experts found “a significant amount of terrorist content,” including various instructions, and the Islamist himself had fake migration documents.

A video of the arrest was also shared.

Separately, FSB showed a video of a special operation to detain a Russian citizen in Crimea, who was collecting data for the Ukrainian special services.

The man carried out photo and video recording of the area, life support facilities and places of mass stay of people on the territory of the republic, the special service said.

An improvised explosive device was found during a search of the detainee’s car. The man said that he kept the IED in the car on Kravchuk’s advice “for his own safety.”

In 2020, more than 40 terrorist attacks were prevented in Russia.

So far in 2021, on January 22, security officials detained a follower of radical Islam who was preparing an attack in Bashkiria. FSB found firearms and components of an improvised bomb on him.

On February 17, 19 Islamists from “At-Takfir wal-Hijri”, who were planning explosions in the North Caucasus, were detained in the south of the country. FSB confiscated a cache with an RPK machine gun, an AKM machine gun, cartridges and improvised explosives, as well as a “suicide belt” with striking elements.

On March 4, a Russian citizen was arrested for allegedly preparing a terrorist attack at a power plant in the Kaliningrad region. He was found with a homemade bomb, instructions for its manufacture and components for synthesizing explosives.

A week later, a terrorist was eliminated in Makhachkala; a submachine gun, ammunition and a “suicide belt” were found in his possession.

It appears that attempts at terrorist attacks are numerous in Russia, but at the same time the authorities continue their active work in countering them.

ISIS? Oh CIA-Mossad. Why not just say what it is?

They need to interrogate the hell out of those bastards,find out who their handlers are,they already did that with one that leads back to the Gestapo HQ in Kiev,he needs to be killed or arrested.

Yeah, I also carry a nuke for personal protection.