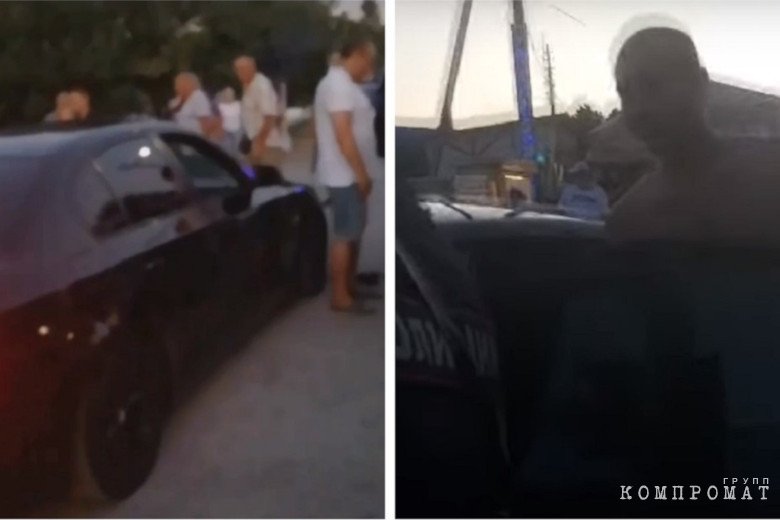 The Chief Military Investigation Department of the Investigative Committee of Russia has launched investigation into the beating of a woman and a man with a child (3yo) by two persons from the Republic of Dagestan (Russia’s North Caucasus) in the city of Sevatsopol.

The two attackers involved in the incident happened on August 25 appeared to be conscripts serving in the 15th Coast Defense Missile Brigade.

According to the available data, two persons were moving in a car through a walking surface near the sea and pushed a family (a woman and a man) with a child. In response to a comment that the movement of cars in the area is forbidden, the attacked beat the family. The violence was stopped only when police deployed to the area. However, even after this, the attackers demonstrated an aggressive behavior and was calling to their fellow countryman from Dagestan for support.

Local media reported that the two conscripts were absent from their brigade without official leave. Furthermore, they were allegedly under the influence of drugs. Social media commentators and local media outlets say that this was not the first time when persons from Russia’s North Caucasus regions appeared to be involved in a street crime. Nonetheless, the August 25 situation gained a wide coverage because it was first time when these persons appeared to be sericemen of the Russian Armed Forces.

The case of the European Union already demonstrated a liberal attitude and connivance towards examples of hooliganism on a national basis leads to a stunning increase of criminal actions by a destructive part of national minorities. Therefore, such cases as the August 25 incident cannot be tolerated. If authorities decide to cover up the situation, this will lead to an increase of criminal conduct by a part of the Russian population in the area and, in the worst case scenario, a creeping destabilization of the region.

The weak side of the Russian law enforcement and judicial system is its almost complete opacity. So, interested parties have oppotunities to distort and falsify data at almost any stage of the investigation and trial. For example, key testimonies may disappear or some mystical ‘new facts’ may appear from ‘new witnesses’. This allows to explain impunity of persons involved in a large part of corruption crimes, crimes carried out on a national basis and those crimes where the suspect is a wealthy person or a close relative of such a person.

Any nations laws are never going to be impartial and powerful lobby groups from all political and social perspectives have sought to influence a nations laws when accused of malfeasance.

The critical mass of hippocracy is when the ruling elite massively control the organs of the state.

As in all things, balance is required, yet we all know that trying to balance on a small raft in wild waters is a difficult thing to do, especially when Western nations are deliberately creating waves.