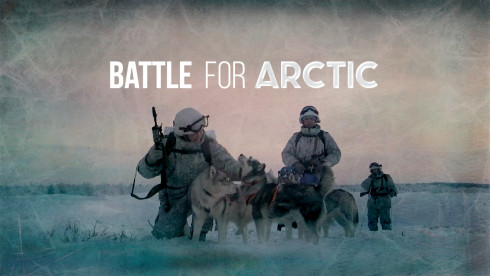 Moscow wants to strengthen Arctic diplomacy, while the West insists on military plans.

Historically, the Arctic has been a Russian-influenced zone. As one of the greatest military powers in the world, Russia tends to expand its projection to geographically close regions, consolidating a broad regional space, in which the North Pole is included. The US, Canada and the European Union for a long time ignored the strategic potential of the Arctic, seeking power projection in other zones, such as the Middle East and Africa. Now, however, the Western powers seem to be demonstrating increasingly aggressive and anti-diplomatic behavior with regard to their relations with Russia – and this is now being reflected in the Arctic policy.

American interest in the Arctic has been growing for some years, with US operations in the region being one of the main points of the Trump Administration. In this regard, Biden has been acting like an efficient successor to the Republican, keeping the North Pole as one of the country’s government priorities. The justification for so much investment by Washington – capable of joining Democrats and Republicans – is simple: to face the growth of Russia, which is currently the biggest arctic power.

Moscow has taken good economic advantage of its historic presence in the Arctic. With the process of climate change and melting of glaciers, many areas previously totally inaccessible to man have been discovered and in several of these zones there are large oil reserves. Russia’s Arctic oil exploration has resulted in a great scenario of economic prosperity on which the US itself has become extremely dependent. Russia is currently Washington’s second largest oil supplier. In a single month – June 2021 -Moscow sent 25 million barrels of oil to Washington. Interestingly, Russia continues to suffer US sanctions in the energy sector, with the US government insisting on an anti-diplomatic agenda.

With Russia having a military fleet in the Arctic far larger than that of any western country and with an efficient, wealth-generating oil exploration structure, Washington sees its geopolitical rival as an ever-growing threat. For the American government, needing to negotiate oil with Russia sounds like a real calamity – not only because of the lack of oil self-sufficiency, but also – and mainly – because of the fact that Russia is the partner. It is in this sense that, instead of easing bilateral tensions and seeking a more solid and peaceful partnership, the US is increasingly investing in aggressive sanctions and measures, which is absolutely illogical.

The US Armed Forces continue to develop strategies to “contain” the Russian presence in the Arctic and the US defense industry receives massive investments in the manufacture of icebreaker ships, submarines, and other equipment to be deployed in the region. Internationally, Canada is fully integrated into American strategy, while the EU tries to formulate its own strategy, but joins forces with the US within NATO, exposing Russia as a “common enemy”. In the same vein, Washington is unwilling to ease sanctions against Russia in the energy sector, which damages every country that negotiates with Russia (including the US itself).

But, unlike the Western discourse, the Russian strategy in the Arctic does not have any “dangerous” aspect, being formed by plans to contain conflicts and encourage multilateral dialogue. The advance of the Russian oil industry has brought benefits to the entire world, especially the West itself. More than 75% of the oil consumed in Estonia, Poland, Slovakia, and Finland originates in Russia. Moscow also supplies more than 30% of the oil used in the entire EU, as well as being the second largest oil supplier to the US.

In addition, Russia has demonstrated its willingness to cooperate with European countries that have access to the Arctic, in order to create a broad and efficient exploration platform – which is prevented precisely by the existence of sanctions imposed by the US against the trade of oil exploration equipment with Russia. Indeed, the energy sector – both oil and gas – has been a key to an ever-increasing integration between Russia and the West, constituting a true path to peaceful, diplomatic, and wealth-creating relations. It is the West itself that is damaging this path, insisting on outdated anti-Russian obsession.

In addition to the economic sector, Russia has encouraged peaceful military coexistence in the Arctic. For example, the Chinese presence in the region is welcomed, even though the Arctic is an area of influence traditionally linked to Russia. And the very NATO’s activities have been tolerated, despite the arms race the US encourages in the region. Currently, no country is close to reaching the levels of the Russian northern fleet, which prevents Moscow from taking an aggressive or reactive stance, allowing for a greater commitment to peacekeeping – which, apparently, is not shared by western countries.

In fact, the path to be followed by the international society is to increase multilateral diplomacy. The US should cancel sanctions, which would encourage trade of equipment and lower oil prices. In the same sense, national strategies aimed at the Arctic must prioritize the economy over military occupation, paving the way for the construction of an international development platform in the North Pole.

Biggest icebreaker fleet on the planet and growing, most of them nuclear powered. Arctic bases, radars, defense systems. Automated drones and stations in network. Even the T-80 was pulled from reserve, and refitted with 21century tech and put in service to protect the Arctic circle. Why? Its simple its gas turbine powered, and for cold operations thats an advantage. First operational main battle tank in service by the way, only for the historical record ⏺️

Yep, Russia won that round too. Hurra.

First operational main battle tank in service by the way powdered with a gasturbine, only for the historical record ⏺️

The Russians own approximately 40+℅ of Arctic circle territory. In simple terms for ignorant swine from the west, it is their “backyard”.

Laughable to see the west try to play adversary while they are decades behind. To american slobs, go build another gay joint in san fran.