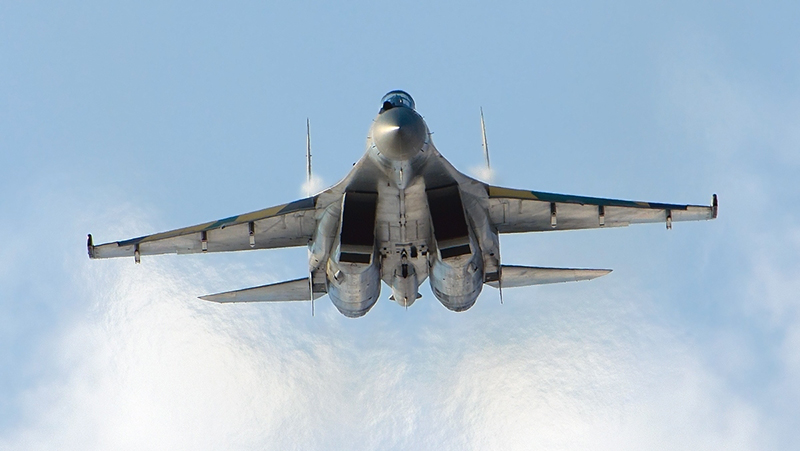 Original by Aleksey Nikolskiy published by Vedomosti; translated from Russian by J.Hawk

In the last final days of December 2015 Russia’s Ministry of Defense reached the final agreement with the Sukhoi company which is part of the United Aircraft Company on a five-year contract to supply 50 Su-35 fighters which will enter into force in 2016. This information was conveyed to Vedomosti by two UAC managers and confirmed by a source close to the Ministry of Defense.

The contract totals over 60 billion rubles. It was intended to sign it in August 2015 during MAKS-2015 airshow, however, the abandonment of the three-year budget planning cycle complicated the process of finalizing the contract, said the newspaper’s interlocutor. The contract was finalized only after president Vladimir Putin signed the 2016 budget law. In previous years major defense contracts were also frequently signed in the final days of December–right in time for the Christmas tree.

The Su-35 fighter is the most advanced modification of the Su-27 and was developed by Sukhoi using its own funds with help from Vneshekonombank and other financial institutions. The first contract for 48 fighters was signed in 2009 and completed in 2015. Last year the fighter completed another round of testing, which allowed the fighters to enter service in Aerospace Forces regiments. furthermore, after many years of negotiations Sukhoy signed a contract for 24 Su-35 fighters for China’s PLAAF: the first two aircraft will be delivered in late 2016. There are also active negotiations on supplying 12 Su-35 to Indonesia, and the contract may be signed by the end of 2016, according to Vedomosti sources. The initial business plan estimated profitability after delivering 72 aircraft, recalls Sukhoi’s former manager, and now a total of 124 aircraft of this type have been ordered.

On January 6, Algerian blog Menadefense announced that a contract for 12 Su-32 bombers (export version of the Su-34) was signed in the first days of 2016, with Algeria planning to purchase up to 40 of these aircraft, which have been playing an active part in the Russian air operation in Syria. According to a source close to Rosoboronexport, the contract has not yet been signed but the negotiations have been rapidly moving forward.

1.2 billion Ruble for one SU-35 amounts to only 16 million US$ at current conversion rates, which goes a long way in explaining why comparing Russia and Western defense budgets will distort the picture. For instance one F35 will cost in the order of 120 million US$

I LOVE that the US wastes the money it spends on defense. I LOVE that they make outrageously expensive crap. Of course, I’d rather they spend our money on improving the country so people can get good jobs.

Not just that as a massive amount of Dollars are wasted on bureaucracy and all the costs of maintaining non fighting infrastructure.