12 Su-34 fighter-bombers and 2 An-26 military transport aircraft landed at the “Europe-Western China” autobahn in Tatarstan in the framework of drills in Russia’s Central Military District, the Defense Ministry reported.

The logistics drills are taking place in the period from August 27 to August 30 and involve 30,000 troops, over 7,000 pieces of weapons and equipment and 90 planes and helicopters.

The need of using autobahns for planes landing can appear in two cases:

Russia has been hosting such drills on a regular basis since 2014. However, the drills set to be held in 2019 has been the largest so far.

Such drills of the Russian combat aviation are logical amid constant threats and warmongering statements by NATO member states. Maybe, aggressive NATO members should start thinking how they would host advancing Russian troops in the event of a real conflict.

Interesting, did General Gerasimov send some fresh Su-34 photos to his NATO counterpart? 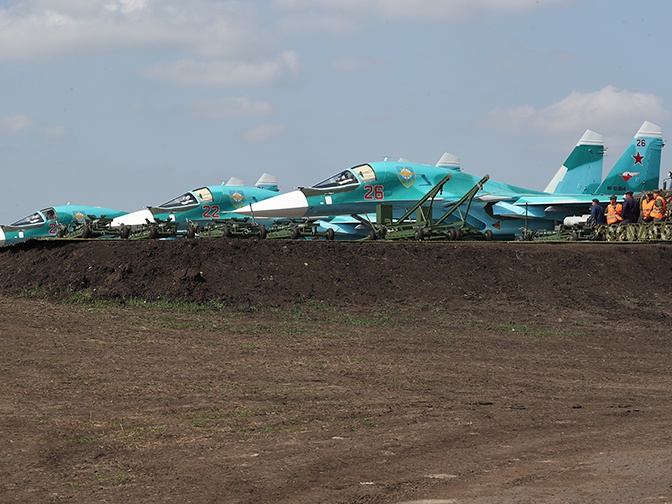 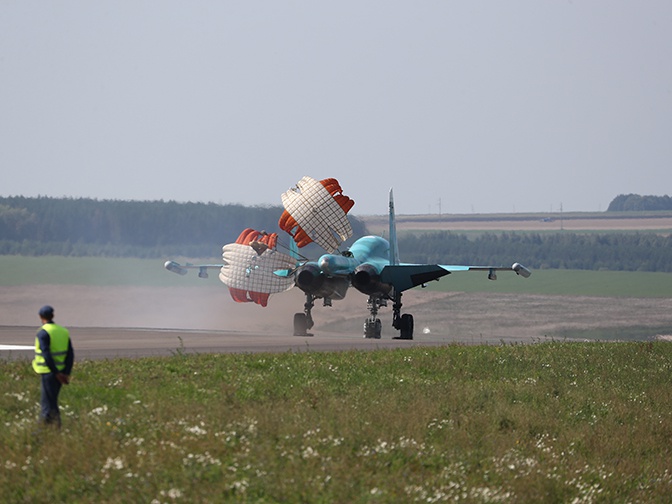 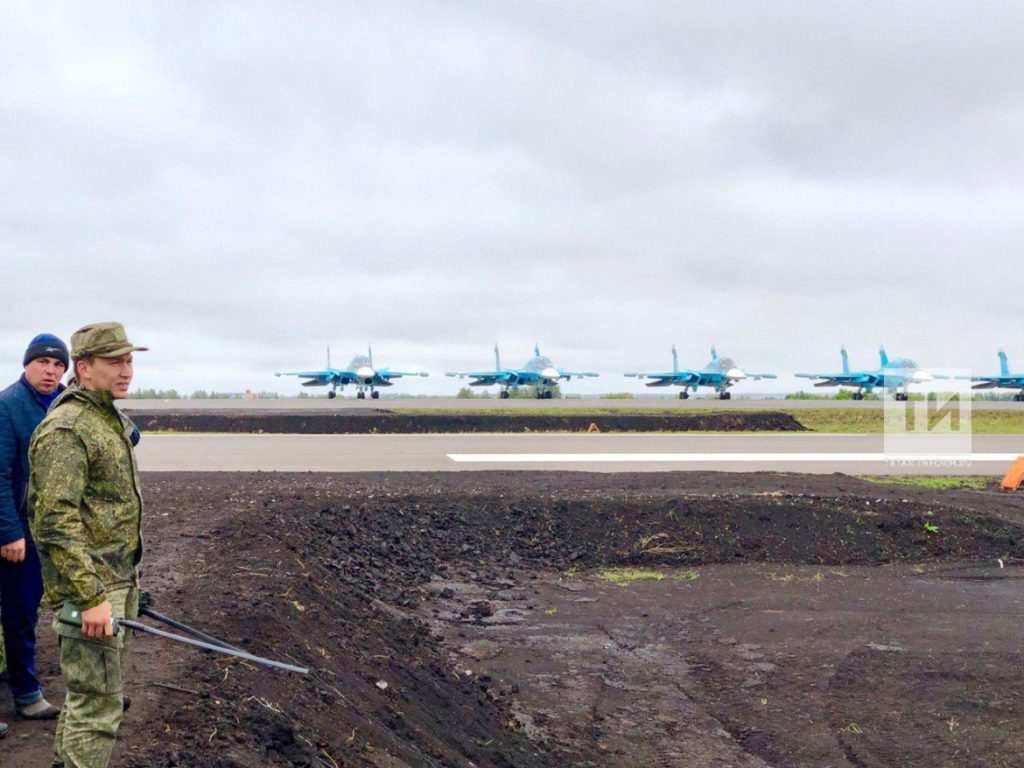 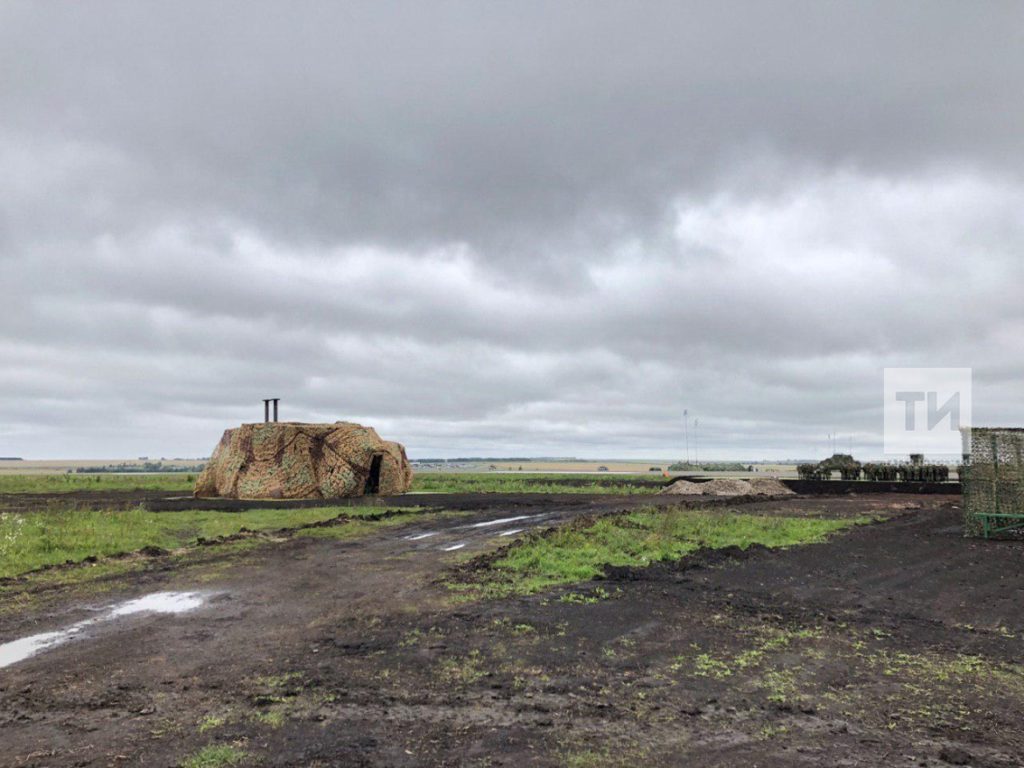 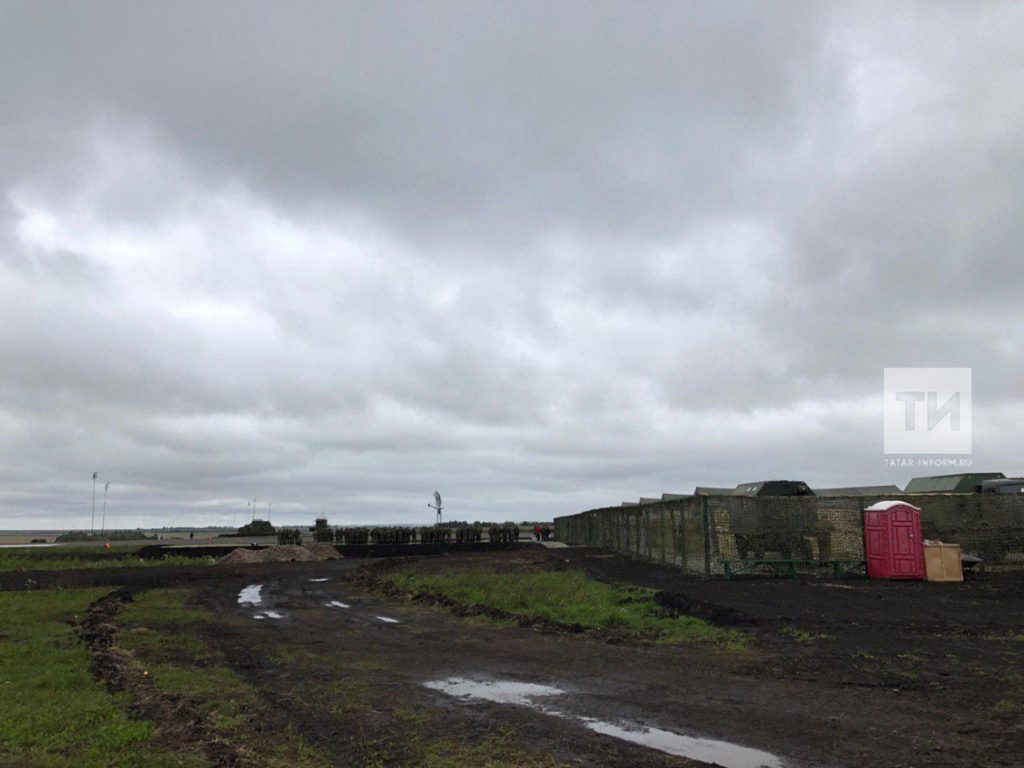 Love the Russian aviation videos. Especially, when the military jets land on the roads. Meanwhile, the UK is training her pilots, courtesy of spending £15 million on simulators, that are suitable for an aircraft that we retired earlier in the year.

Royal Navy, Army and RAF lost £113m due to MOD blunders last year Unnecessary and wasteful spending included £15m on a simulator for a plane that has been retired from service… https://www.cornwalllive.com/news/local-news/royal-navy-army-raf-lost-3147275

What idiots thought it would be a good idea to part exchange the Harriers for the F35, piece of junk?

Must admit, I found it funny, how late Astute was, with regards making it into active service, including writing off the submarine, before she was launched. Not forgetting the rating who shot one of the officers, on a ‘goodwill’ visit to Southampton.

However, the troubles Astute had, are nothing, compared to the aircraft carrier. Which had to undergo a refit, before she was even commissioned. Courtesy problems with her pipework, which is something you would expect in mature ladies. Then they fixed it, but, not well enough, as she is back having her plumbing sorted. That is before you get to the fact, she has no aircrafts to support her and will the F35 junk, turn up before she goes through a £multi-million refit, before being sent to the Turkish scrapyards?

It sort of reminds me of the deterrant, back in the 19th century. I never realised they built the HMS Victory , to be the flagship deterrent at the time. Do believe she was ordered for Great Britain and France to invade the US, but, the Russians got there first. Happily, sitting on the shores, waiting for us to invade, and lend Lincolne a hand. Plus, to keep her fleet out of the problems that Poland was causing at the time. HMS Victory, arrived a tad too late, to be of any help, but, does look very nice in Portsmouth Dockyard, so cannot complain.

Funny, how life repeats itself, whether in 1863 or 2019 and the bankers never forgave Russia either then or the years that followed, to present day.

In all fairness, the Harriers were basically 1960’s technology with an 80’s upgrade. And its not like every other Harrier operator is replacing them with the F-35. Older aircraft have to be replaced. The problem for the Royal Navy is that they have painted themselves into a corner by being STOVL only. That leaves them only the F-35 as a replacement aircraft. Had they gone CATOBAR, which was an option for the new carriers for a while, then they could have gone for the F/A-18, the F-35C or the Rafale as options. When you have options you can negotiate for a better deal. When you have no options beggars can’t be choosers.

This is the flaw inherit to the STOVL/Harrier carrier concept. At the time it seemed like a cheap alternative for countries to operate carriers on the cheap. Until the time came to replace these Harriers. That’s what you get when you design your carriers around a single aircraft type, rather then design an aircraft for your carrier.

They still worked and if they were that bad, they would have been scrapped, rather than part-exchanged.

Like I said, it’s an 1960’s era aircraft built in the 80’s. Considering that a service life beyond 20 is already pushing it at some point it had to be replaced. Yeah, the deal with the USMC was weird. But anything involving the UK carriers was and is weird.

– Lets not install catapults on the new carriers and save some money and buy the F-35B instead.

– Lets sacrifice and sell off some more RN assets so we can afford the new carriers instead.

If the whole business of the RN’s new carriers has taught everyone anything its that the UK cannot really afford them. Not on this budget. And if they wanted to remain a STOVL aircraft carrier fleet maybe they should have designed something smaller like the previous Invincible class instead. Its about wanting live beyond one’s means.

Oh don’t get me started.

Cheers for now…. catch you shortly.

Tiresia Branding
Reply to  AM Hants

take a look at this and enjoy ? https://youtu.be/aX8d7s_zADg

AM Hants
Reply to  Tiresia Branding

So relaxing and thank you for the link. Nice one.

That’s what it means being ready for real rough combat.

Putin Apologist
Reply to  AM Hants

That is too bad because the British have had a long and lustrous history in military aviation. The Harriers, Buccaneers,… the Spitfires, Hurricanes, Mosquitoes of the Second World War. And one of my favorites, the Avro Shackleton. The Shackleton started its career patrolling and protecting the sea lanes of the world and ended it as a airborne radar watching over the skies of western Europe. I think it was even used as a bomber at one time, in Malaysia I think. All British designed and British built.

AM Hants
Reply to  Putin Apologist

When we signed up for the Common Market, the first thing that happened, was the asset strippers arrived. Taking with it, most of our industry, and showing complete lack of respect for engineering careers, training and apprenticeships, for the local work force. Instead, we swapped engineering, for Graduate level, zero hour contracts, operating a check out and answering phones in call centres.

I remember the days when we had an industry that supported both ship building and the aircraft industry, including production.

The biggest enemy of the British defense industry was, still is and probably always will be is Whitehall. British prime ministers and chancellors of the exchequer have always done the most damage. It was the post War governments who stopped building new carriers and forced the RN to keep its WW2 era ships in service, it was the Wilson government which killed of fixed wing carrier aviation by scrapping any potential successor to the last remaining carriers. They also scrapped TRS1 in favor of American aircraft like the F-111 and F-4, which were supposed to be cheaper and better. Only to run into the same cost overruns as with the F-35 program (there should have been a lesson learned there somewhere). Thatcher would have axed the RN’s harrier carriers if it weren’t for the Falklands war, and successive governments have slashed the armed forces even further to the bone. Labour, Tories, didn’t make a damn bit of difference. And all the collaboration projects like Jaguar, Tornado or Typhoon have never yielded the savings that were promised. Although I reckon that because more then just the UK was involved the MOD was quite fond of them because they proved to be very hard for Whitehall to cancel.

Interesting comment and thoroughly enjoyed reading it. Whitehall is still the enemy of the Defence Industry and the Forces, come to that.

Well the Swedes have been doing this for over 40 years now.

Think I’m right in saying the MiG-35 is STOL capable, but when you have highways that wide, long and straight, you could probably land and take-off with a Tu-160.

Which would make quite a cool drag race… Moto GP bike versus Strategic bomber.