On November 17, a military convoy of Russian forces deployed near The Tishrin Dam, on the Euphartes River in northern Syria. The dam is located 90km east of Aleppo city and has a height of 40m and 6 water turbines capable of producing 630 MW. Annual power production of the Tishrin Dam before the war was reportedly around 1.6 billion kilowatt hour.

The dam was captured by the Kurdish-led Syrian Democratic Forces in 2015. The Kurdish leadership has repeatedly used the infrastructure object to blackmail the Damascus government and gain additional revenue from the areas captured in northern Syria.

You can call me A pl – why do your words ‘as long about the water’s so come to mind?

Because goat keepers need a shower

I know, you don’t

I don’t. Because Turkey is still part of NATO and that would trigger a NATO response. Which can cause a nuclear war. Putin has invested heavily in wooing Turkey away from NATO, I see no reason other then wishful thinking why that would be just so Russia can duke it out with Turkey. Let alone because Putin knows the Russian people have no desire for war. Russia is not like the US, being run by the War Party, and where war is just some faraway video game to most people. Russia does not have an all volunteer army. Conscripts can get sent to die in a war so the Russian people are not as apathetic towards war as the Americans are.

All volunteer (paid) American army. They are the poorest and dumbest Mercenaries money could by. They show them daily as heroes, with their families in America. No mention of the terror they do, daily around the world. Bomb and torture innocents, and train more terrorist.

Honestly – the US people have been manipulated and hijacked.
Pro-war propaganda ensures the people are also pro-war and willing meat for the grinder.

that was vietnam lesson 1 – no wars are possible with conscripts since the conscript’s mothers make such a fuss when their darling boys come home in body bags – no good and thus a standing army filled with white trash from the fly over states where the option are either the meth and prison or the marines and possibly the body bag but no screaming mothers.

“White trash from the flyover states”-you sound like H. Clinton.

is that all you have as a comment – weak and feeble.

hrc used the word deplorable while I talk about the great unwashed mass of guys with no future except meth-cooking or the marines since the 40 or so flyover states can’t any longer provide meaningful schooling or meaningful work with sustainable payments or affordable health-services for all and sundry in these areas. those are the ones the corrupt lawmakers screw over every day and the militarized police keep in place with a arsenal for small wars. those are the guys and those are the ones you sell down the river – guess you voted hrc all along

I certainly did not vote for a corrupt Clinton. And while “meth heads” may be what’s on the mainstream media “news”, that’s certainly not what the heartland of America is made of. And “weak and feeble”? Why is that a condemnation? The world is made up of weak and feeble people, the regular people who pay for the “strong and virile” wars and posturing of immature boys playing at being men. Which is what I suspect you are.

Actually, quite a few of them are highly educated. Because smart people can be dumb too.

I”ll bet most Americans don”t know this ! If a draft becomes necessary, it will be men and women. It was passed by Congress after a handful of women won a Supreme Case ruling ,women can be placed in combat with a rifle just like men. So Congress jumped at the chance to be just like ISRAEL and place our Daughters in Illegal Wars. Never happen. I will take them out of the country, first.

Your daughters should not be exempt from getting their heads blown off, just like your sons. Are your sons worth less then your daughters? They want to be equal, let alone superior to men? Die in the trenches with the men then. If they don’t want to die in the trenches, then out of the offices and back into the kitchens please. None of this privileged victimhood class status please.

I agree ! Neither my son or daughter would fight in a war, unless the US was invaded by an armed enemy.
I use to hold doors open for all women. However, most women today, prefer to do it themselves.

They exchange flags with each other like football teams before match…

Now let’s see if the SAA has the balls to recapture the grain silos and electrical substations from the NSA.

they have all the balls and then some

I’m going to the mountain forest LZ for a two day ET/ED communications op. There’s a mountaintop overlooking the LZ a couple of miles from it that was used for a fire lookout. The building is gone but it’s still accessible by dirt bike. I may take a ride up there with my electric bike. The LZ was bare ground Monday. If the snowline drops I may have to run tire chains on my 4×4 to get out.

This is some of the gear that I’ll be bringing with me. 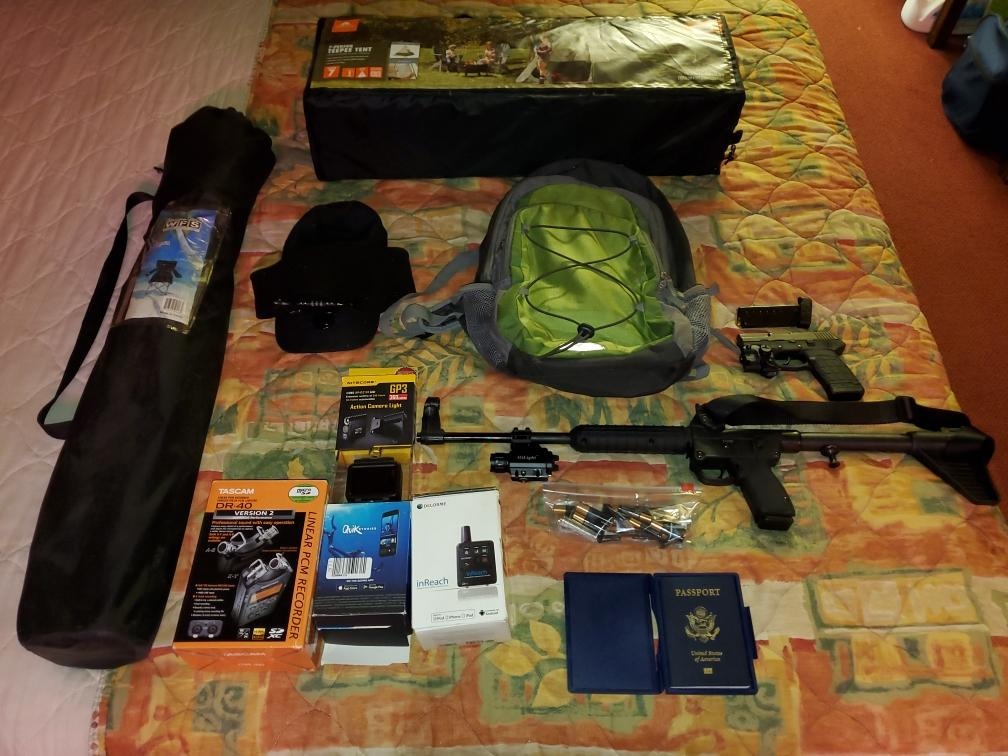