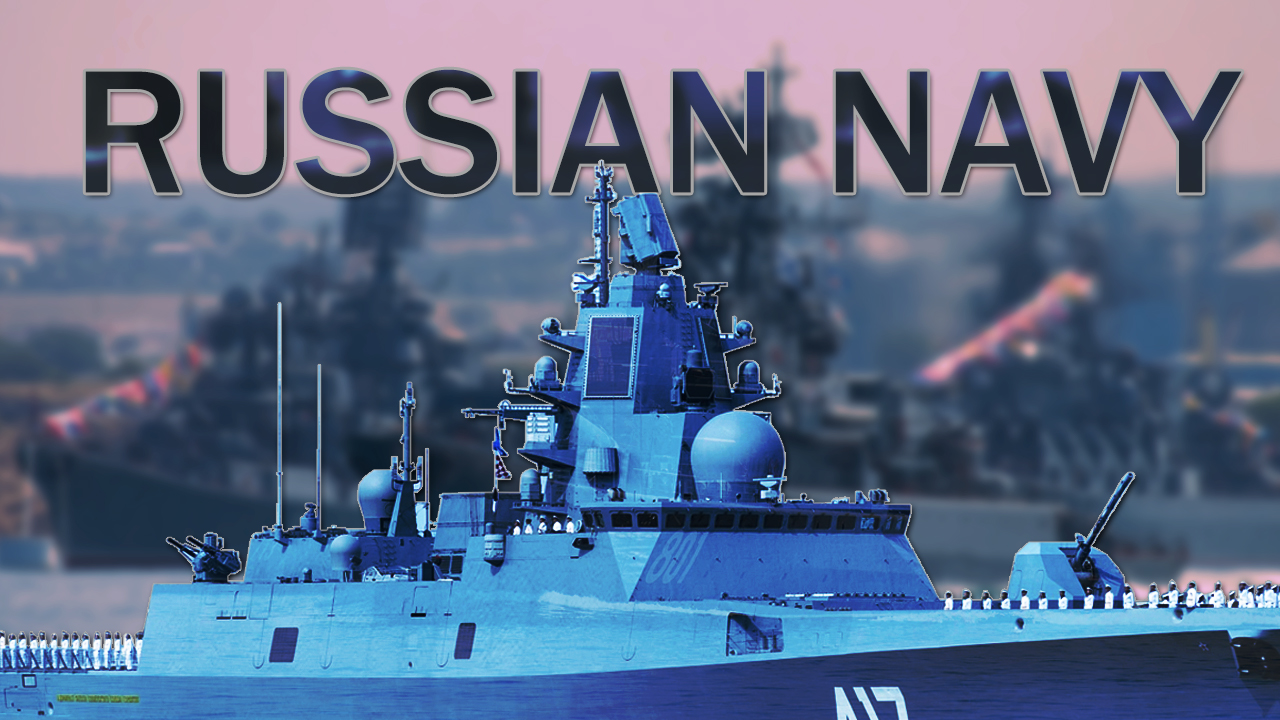 On April 8, Russian sources released a video showing a large landing ship of the Russian Navy shelling Ukrainian forces in the city of Mariupol from the Taganrog Bay.

In the video, the landing ship can be seen firing a salvo of 122 mm rockets from the naval version of the Grad rocket system, the A-215 Grad-M, at the remaining positions of Ukrainian troops, Azov nationalists and foreign mercenaries in Mariupol.

This A-215 rocket system is known to fitted to Ropucha-class landing ship. Each ship of this class is armed with two launchers of the system.

The unique rocket system was designed to destroy the enemy’s manpower and equipment on the coast line during amphibious landings, to support the operations of the marines, as well as to protect landing ships from attacks by enemy warships.

The system’s MS-73 launcher consists of two pods each with 20 rocket launch tubes. The launcher is equipped with an automatic, below-deck reloader that can fit up to eight fully-loaded pods.

The A-215 system utilizes a stabilized fire control system equipped with a laser range-finder. In the newer version of the system, an electro-optical system is added.

Russian warships have been providing fire support to Russian troops and the forces of the Donetsk People’s Republic (DPR) in Mariupol since the beginning of the battle in the city more than a month ago.

According to recent reports, the Russian military and the armed forces of DPR have seized most of Mariupol port. The remaining Ukrainian troops, Azov nationalists and foreign mercenaries in Mariupol made several attempts to escape the city by sea in the last few days. All were foiled by the Russian Navy. They are currently being cornered by Russian and DPR forces in the Azovstal steel plant and the Ilyich factory.

what? you told us that mariupol is under russian child rapists control? you still fighting with azov? damn, i must admit that russian propaganda overwhelming me, you guys live in different reality ^^ clown world v.2.0

How did you want it? Mariupol should fall in 2 days, Kiev in 7? It’s unfortunate Russians don’t fight by your timelines

He thinks they plan operations like Porkshanks and gave it 48 hrs.

You’re talking to one of those new gen German nazis that were cloned from the ass of a dead SS colonel in Berlin in ’45 and cheer Azov scum on from their bedroom. Why bother?

Yeah ukrop goblins are still throwing themselves into Russian machinegun fire in order to give their western masters a chance at extending their lives by a couple of days. Ukrop goblins are and always will be cheap cannon fodder.

Fuckoff you dumb nazi phaedo sodomised maggot piece o sht,you just described nazis there(perfect) fekn iq of ye shoesize,save it for gimp and ye lice infested gaybars sprogbreath! Even if your unsolicited cases were to be the case,still its much better than sick fuck like you whom dream of fucking dead corpses time and time again,that can be a certain homosexual cretin!

I dream of lots of dead russian corpses , because we see it daily and there will be lots more , pretty soon russia will be just fat hairy mole covered ugly women left .

What you really dream about is my DICK filling Canadian mouth

I read that Canada soon will offer medical assisted death to the mentally ill- I guess it’s just-in-time, all over again.

Stop listening to the CBC lie Factory. You look foolish.

Canadians have lost their minds apparently.

Look further west for the child rapists. It’s not in Russia that 40 Ukrainian children refugees vanished without a trace but in Spain. Your projection is obvious and at the same time disgusting

Are you the Ukraine’s crown clown boy toy? Is part of your job telling, “oh Ze, you so big”…

a bit of self projection there

Yanks took 3 weeks to make it baghdad – a shird world shithole under 10 years of sanctions. What schedule would make you happy ?

Not only US invaded Iraq but a coalition of nations. Even Iran wanted Saddam to fall.

Carpet bombing, with the intent to destroy/pillage historic structures/artifacts. Full spectrum dominance… shock and awe (shekinah). For what purpose? Weapons-o-mass distraction? Saddam had threatened to avoid the petrodollar… Saddam gone. Gaddafi was doing the same… he’s gone. See a pattern here? Connect the dots and you begin to see an ugly picture.

Do you know that Iran wanted the overthrow of Qaddafi, Saddam and Mubarak? But not of Assad.

Go back under your rock you pitiful little piece of shit. Your nazi friends will turned into a bloody pulp and will just be a bad memory soon.

Pound away at the Azov Nazis. Once Mariupol falls, the domino effect begins

I was a priviledge to see these nazis in mug shots,all of whom were terminated,but the good news is the raping of all the poor dead corpses will diminish here on in also lesser real fugly creeps there!

I don’t play dominoes. But I like to play russian roulette with all 6 chambers filled.

I bet US Navy doesn’t have such advanced system

Bs… We have f35s and littoral war ships. What they lack in ability and function they more than make up for in extreme costs.

Unless the Putin cockroaches can finally take the Azovstal steel plant, every update they come up with is complete bullshit. The Russian forces haven’t taken Mariupol. Because without that steel plant they have nothing. All they have are destroyed buildings and thousands of civilians they just murdered. The Putin cockroaches are stranded in Mariupol just like they were 45 days ago.

They are hiding in a huge Azov tunnel complex with gold deposits. Thats why high level US officers are there, sniffing gold for their masters, and Russia is afraid to blow it all up to gold dust.

Screw the gold. Give the HATOs a taste of their own medicine and DU the place into a nice, glowing swiss cheese round.

Raider of the Lost Banderite
Reply to  Tommy Jensen

They probably have the arc of the covenant hidden down there and going to open it any minute.

Arch Bungle
Reply to  Raider of the Lost Banderite

If that’s true it won’t help them much, the main battle is in Donbas …

They can take it any time the like. The trick is capturing those interesting celebrities in the basement alive, so they can peek at them.

They could just get bored of the whole game and level the place if they want to.

Russia is looking pretty lame and fighting with one hand behind it’s back. Britain firebombed whole cities in Germany and drowned whole villages with burst dams to defeat the Nazis, The US nuked two Japanese cities to defeat the torturing Japanese. Russia will go nowhere without showing the same ruthless methods to win. Looks like a General with Syrian experience is stepping in (a success story). Let’s see if he is a winner, able to show the conviction of the British and US to get the job done in Ukraine against resurgent Nazis.

Please Who is he? That General

Japan was surrendering anyways, those genocidal nukes were not necessary.

Japanese are stupid. They were nuked just so Washington could show off its new toy to Moscow.

Now they want to repeat the whole thing

You ain’t fooling no one, no one’s giving a fuck about your western inspired total destruction art of war.

You’re so brainwashed…dude…his doesn’t compute for you at all does it. Try a macro view kid.

The US does not have “conviction”. They reaped the spoils in 1918 and 1945 when other nations had paid with blood and treasure. Since 1945 they were fought to a draw by the Chinese in Korea, were driven out of Vietnam and then Afghanistan. They do a great job of cooking and fragmenting civilians with air power though.

The Decline of so-called 'Civilization'.
Reply to  Clyde

These days, it’s all done by some stoned high school grad sitting behind a joystick in Virginia.

“Hey Clem, that gal wasn’t a civilian, was she? She sure looked suspicious to me. Tell me she wasn’t a civilian Clem. C’mon man. Oh, fuck it. Hey! I just got me another one!! Whoopee! Pass that joint, dude. I gotta celebrate”

Taliban are monsters though.

Who is the general?

It wasn’t the terror bombings of German cities that decided WW II, it was Soviet infantry and tanks.

Great for raining hell on militants supplied by the NATO. And Ukrops too of course.

The port is in remarkably good condition, virtually unscathed.

That’s maybe why they take their time advancing.. Reconstruction would be more expensive

Exactly. Unlike a US NATO assault. They would have levelled it.

The junk russian ships are next , say bye bye now.

Tell to your trollfarm friends that with only one compter we can reach a smartphone, and with one smartphone, we can reach all of them. So we are not going to destroy only you, but all your friends and contact’s lifes….

So who does the laser range -finding? Drones or troops themselves?

If they are Marines they can escape in the night by swimming down the river. Its possible to swim 10 km. Rambo did it from Alcatraz.

Maybe they can walk along the river bottom and use a straw for oxygen? I saw it in a movie too.

That Nazi shit had some protection from the Russian artillery on the side facing the sea. Not anymore…

Bomb the living daylights out of those Azov, Nazi scum. leave not a single one of them alive. The world does not want these demons on this planet. They are not human. They are sub-animal class.