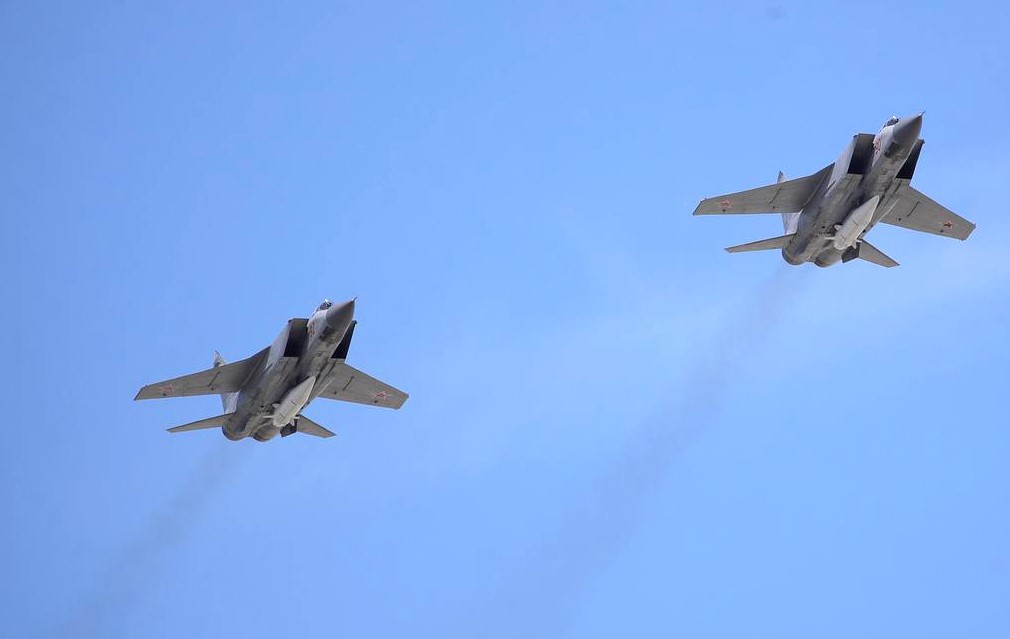 The Russian Aerospace Forces will employ a Kinzhal hypersonic missile in the upcoming Aviadarts competition (August 10) in the framework of the International Army Games 2019.

According to the press office of the  International Army Games 2019, MiG-31K (armed with Khinzhal missiles) and MiG-31B interceptors will provide an air cover to warplanes involved in the destruction of air-defense systems of the maneuver enemy.

Su-57 fifth-generation fighter jets of the Russian Aerospace Forces will also particiapte in the event provoding a cover to bombings by Tu-22M3 and Su-34 warplanes.

Ha ha ha Funny told the Serbian operator who shot down a F-117 stealth…it was only a single aircraft…but meant the withdrawal forever of tha plane in future operations!.. actually nobody talk about F-117….ha ha ha Funny!

nothing like a khinzal or kalibr suppository to pacify the radical zio-terrorist mafia, before sending them to bed.