Warplanes of the Russian Aerospace Forces carried out on October 13 a series of airstrikes on terrorists’ positions in southern Idlib.

According to the UK-based Syrian Observatory for Human Rights (SOHR), the Russian airstrikes targeted the towns of Ma’ar Shoreen, Kfar Ata and Bzabor as well as the city of Ma`arat al-Nu`man.

“There is no formation about any human losses, so far,” the monitoring group’s report reads.

The airstrikes reportedly destroyed a headquarters of Turkish-backed group, a cave used by terrorists eliminates and advanced communication equipment.

Two days ago, Russian warplanes carried out a similar series of airstrikes on area of Hersh in the outskirt of the town of Kafr Nabl.

These airstrikes were likely a response to the repeated provocations by al-Qaeda-affiliated Hay’at Tahrir al-Sham and its allies. The terrorists are violating the Greater Idlib ceasefire on a daily basis.

Whatever It was Russia targeted; New York Times is going crazy right now.

Probably 4 LGBTQ run hospitals where a thousand babies were either killed outright or buried beneath 10,000 tons of rubble. Lol Whatever the NYT publishes regarding Russia, Syria and Iran is without doubt the most outrageous Lies imaginable.This Jew owned and controlled rag is about projecting Zionist Propaganda to create world wide Hysteria predicated upon Lies, Damned Lies and Statistics. 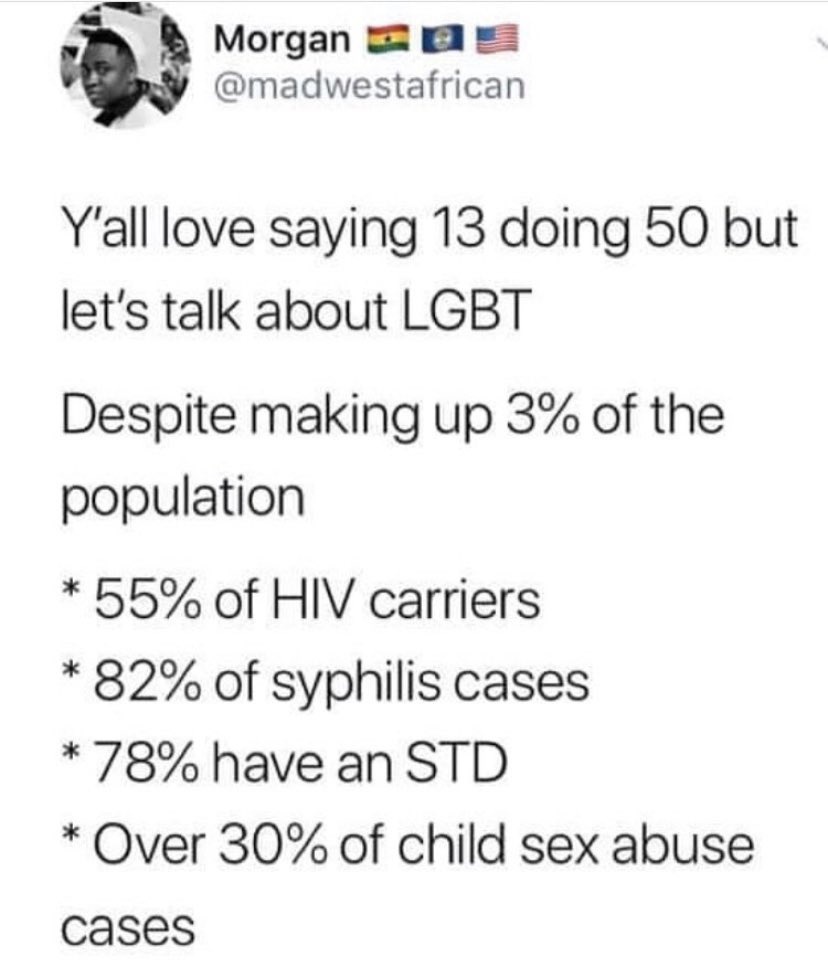 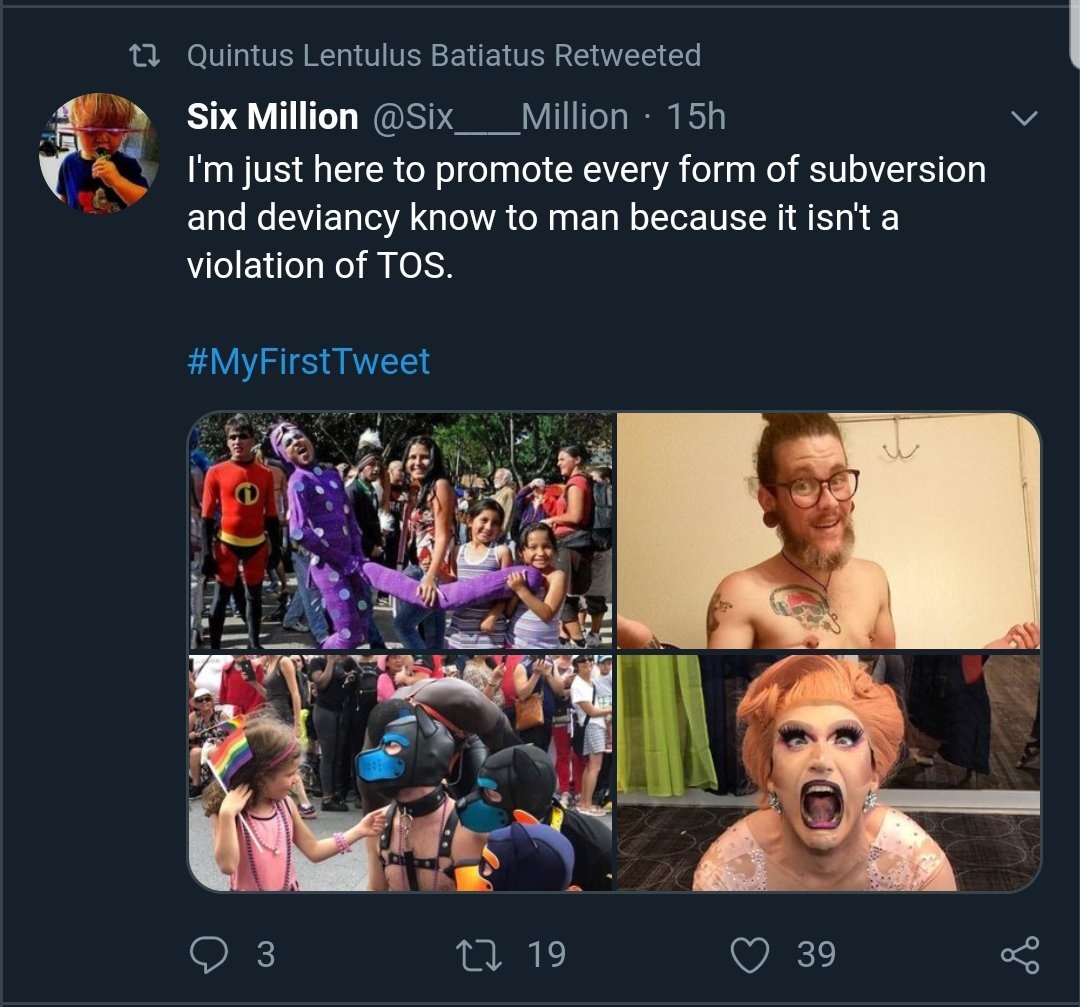 Who does these videos?

One of them is Ryan Sorba who went into gay bars with a hidden camera pretending to be gay himself, asking customers how young they were when they had their first experience based on the hypothesis that a certain kind of abuse might cause homosexuality. The other I do not know, he put together footage of things to highlight the depravity taking place in several western countries. Most of the footage is from the United States.

Is it Talmud Mafia? Says for 18 + but it’s available, what’s the pourpose of such ugliness.

I believe it’s a result of Liberalism (often called Cultural Marxism by “far-right” critics) being used to deracinate a society, destroying cultures so they don’t believe in moral values. This makes them easier to control and ultimately destroy through dysgenics and replacement migration.

You might be familiar with a biblical story about the Tower of Babel commissioned by the Sumerian ruler Nimrod, in the story god is said to have punished humanity by dividing them into the different races, cultures, languages and religions.

Religious Jews use this to justify their prophecies in the lead up to their messianic age by blending everyone together (except for Jews), thereby “uniting” everyone under a single race, culture, language and religion. And if the Old Testament/Tanakh is read carefully, parts of it come across like a Protocols of Zion turned into a religion.

The Talmud and Kabbalah do not nullify the bible, much of what is in those two sets of books can be found in the Old Testament, and particularly the Torah from which the OT is based on. The religion of racial self-worship is apparent throughout the Torah and Old Testament. In the Messianic Age, the Jews believe they will have 2800 non-jewish slaves. Some interpret Revelation 7:1 & 14:1 to mean that only 144,000 members of the 12 tribes of Israel will make it to the end times. There is a belief in conspiracy circles that the Georgia Guide Stones in Elbert County, Georgia (United States of America) communicates an intention to reduce the number of people alive today down to less than 500,000 as necessary to maintain a “sustainable population”.

– The rabbi at the beginning is Rabbi David Bar-Hayim who also had this to say:

Forbidden to Save Non-Jews from Death: youtu[]be/jZVzItQ0MtE

Wikipedia: “David Bar-Hayim is an Israeli Orthodox rabbi who heads the Shilo Institute, a Jerusalem-based rabbinical court and institute of Jewish education dedicated to the Torah of Israel.”

So evil Dostoyevsky had prophesised in “The Demons”
I’m from Middle East and see no end to this tragedy Palestine just a base for nukes pointing at every European capital called “Samson Option.. many Jews are anti-Zionist, only Jews can do something.

Thank you for this it will help underscore the unknown myu knowledge is limited to the M.E..

The legendary Russian author Fyodor Dostoyevsky surely wrote a lot of criticism about jews. I have heard of the book ‘The Thirteenth Tribe’, they were also causing trouble long before the Khazars converted to judaism a few centuries after jews who migrated to Europe through the former west Roman empire were intermarrying with European gentiles.

Even before the Pharisees, gentiles criticized and persecuted the jews for identical reasons. Moses called for the rape and genocide, and Joseph played the part of con-man claiming to be a “dream interpreter” and warned the pharaoh of a great famine that would befall Egypt in what would turn out to be a self-fulfilling prophecy.

Interestingly, this story is similar to the real-life event in the 16th century BC where the Hyksos took over Egypt around the time of a great famine and established the 15th dynasty.

“The Jews belong to a dark and repulsive force. One knows how numerous this clique is, how they stick together and what power they exercise through their unions. They are a nation of rascals and deceivers.”
– Marcus Tullius Cicero, 106 BC – 43 BC.

In my opinion, non-jews (gentiles) can shake off the spectacle of jewish
dominion, the number of true nationalists in western countries are
growing in large part thanks to the refugee crisis and the low birth
rate among people of European descent. More than 12 million jews reside
in western countries out of a total of more than 15.5 million jews
worldwide. The Samson Option could very well provoke large amounts of
violence towards jews in any country that survives.

As for most jews not being Zionist, statistics tend to show that most of them are supporters of Israel. Given what their religion teaches, most never seek to warn non-jews of the criminality of judaism, thereby making them guilty through association. Even Orthodox jews are taught the jewish belief that non-jews are sub-human whose sole purpose is to serve jews. If a jew needs an organ replacement, he may take an organ from an unwilling non-jew; but may never give an organ to a non-jew, for they believe jewish souls to be “divine”.

Must have been embedded SOF with the advanced communication equipment, question is who’s SOF and how many eliminated.

Lots and lots I hope.
If NATO were operating from there, the Russian attack would have been as devastating as the Russian missile attack of a similar operation against a NATO command post in the Afrin area a few years ago.

And the Russians have plausible deniability. “I had no idea there were rats hiding in that basement!”

Florian for UK ambassador in Moscow. Your Russian is impressive.

Wagnar gruppe.still bleeding in the desert
Ohh you forget that

Monolithic is the call of ONE

Ohh fuck off the bay closed years ago, just a fancy zellers!

If you want to support terrorists vote for sheer or shut the fuck up!

You keep repearing wagner group and that, but i see a map a syria with ALOT MORE SAA areas this morning, while your boys getting BBQ fr.every direction.

So if i was you id shut the fuck up.

Or do you want me to drive over and shove a 2″ wrench down your throat? Quebec aint far from you boyyyy???

What has Quebéc to do with this sh*tt?

Are referring to the claim that the USAF killed 200 Russians mercs. It’s bullshit BTW, the mighty “victory” was in reality scared shitless US forces overreacting to an “incursion” of a Syrian warlords forces advancing across the Euphrates and wasting a few tens of millions of US tax dollars shooting them up. 12 Wagner Russian mercs were killed by trigger happy Americans because they were in the wrong place at the wrong time and the US MSM reported it as a pitched battle between the Russians and the US forces where 200 Russians were killed.

Here’s what really happened as reported by Der Speigle who have actual reporters on the ground in Syria instead of reporting rumours from the safety of Beruit. https://www.spiegel.de/international/world/american-fury-the-truth-about-the-russian-deaths-in-syria-a-1196074.html

What has Beirut to do with this Hudson Bay Zio?

Ah Tonto – even when the whole game is over, you just cant let it go – a bad loser writ large.

Command post
Where
Your mother the only one who got gangBOMB

You can call me Al
Reply to  George King

IS that the white helmets ?.

George King
Reply to  You can call me Al

That would be one of many possible
assets that come to mind, yes of course.

US/NATO advisers perhaps ? With a bit of luck anyway :)

Then it must have hit the money target!!! Probably a.mossad control room if I were a betting man.

No doubt prepping for the new SAA offensive in the NW. I have to believe the Syrians are going to “secure” Idlib Province before crossing the Euphrates and secure the East.
–
COME ON SouthFront. WTF? SOHR!!! Really!!!
Why are you even giving this hate fill a$$hole the space.
A PROVEN bullshitter/lier/obfuscator- A UK-based “one-man band” funded by EU and one other “European country.”
April, 2013 – In reality, the (disgusting) “Syrian Observatory for Human Rights” has long ago been exposed as an absurd propaganda front operated by Rami Abdul Rahman out of his house in Coventry ENGLAND. Its founder, Rami Abdul Rahman, 42, who fled Syria 13 years ago, operates out of a semidetached red-brick house on an ordinary residential street in this drab industrial city of Coventry, England.
Please STOP repeating/quoting KNOWN liers, bullshitters, Especially when it comes to such a serious bloody subject. Please STOP.
6 YEARS of PROVEN bullshit, and yet ya all still give the disgusting anti-Human “respect”.
–
May the Idlib Offensive go quickly so the SAA, SAF, RuAF, Ru Forces, and Russian Reconciliation Centre can continue their excellent work.
–
Please SF no more SOHR.