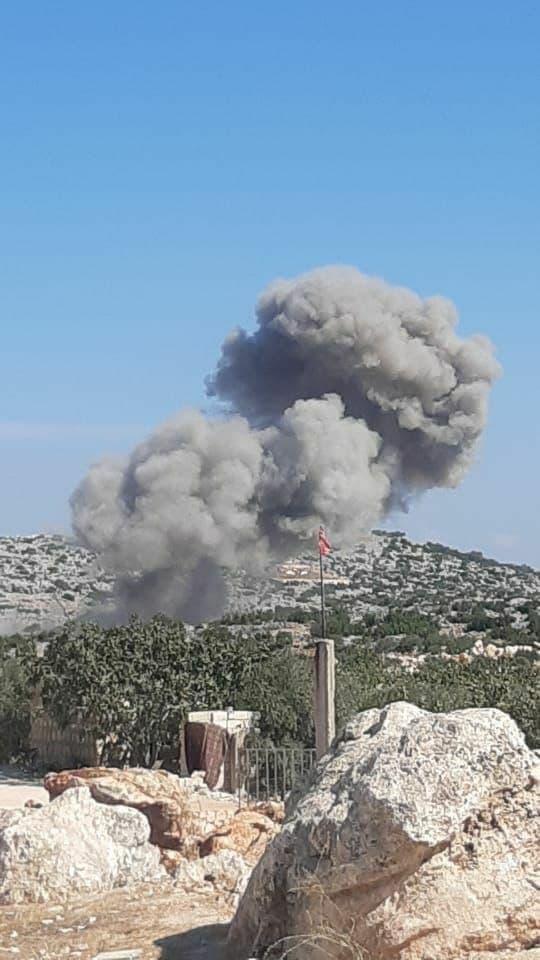 On September 13, the Russian Aerospace Forces (VKS) launched a series of air strikes on the militants’ infrastructure in south of Syria’s Idlib governorate.

This time, the air strikes of Russian warplanes targeted facilities in the vicinity of the town of al-Bara that is located in the al-Zawiya Mountain area.

One the Turkish monitoring post is located there. One of the Russian bombs reportedly fell near the Turkish checkpoint. No casualties were reported.

This is not for the first time that Russian warplanes take risk and hit militant facilities located near Turkish positions.

At the same time, Russian Mi-8 and Ka-52 helicopters were spotted for the first time in the sky over the city of Jarablus that is located on the Turkish border in the north of Syria’s Aleppo province.

The village is located in the zone of the Operation Euphrates Shield, where Turkey fully controls the airspace.

Meanwhile, artillery of the Syrian Arab Army (SAA) targeted the villages of az-Ziyar, al-Ankawi and Haribat-Nakus in the north-west of Hama governorate.

Russian warplanes and the SAA continue to hit the northwestern Syrian region of Greater Idlib where several terrorist groups are known to be present and active.

On September 12, the VKS carried out a series of air strikes on the towns of Darat Izza and Sheikh Salman in the western Aleppo countryside and the town of Kansafra in the southern countryside of Idlib.

HTS and Turkish-backed fractions in Syria’s Greater Idlib have been suffering from almost daily air strikes for more than three weeks now.

Amid the ongoing artillery and air strikes, reports about the SAA’s preparations to launch a new large-scaled ground operation have been circulating in media, citing Syrian military officials. According to a spokesman for the reconciliation committee in Syria, the operation would be aimed to secure the M4 highway.

Ka-52 is such a sleek and aggressive looking machine, it’s all business.

The Alligators are hungry.

How they know that VKS will target this or that place where the terrorists set out camera before they bomb. Is Russia inform Turks before hit the target. Strange…