“The group consists of the leader plane – a Tupolev-154 liner and multi-role Sukhoi-34 bombers,” the ministry specified. 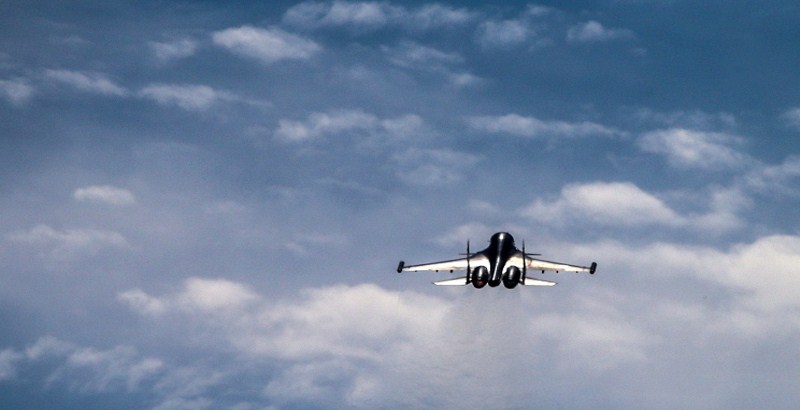 The Russia’s Defense Ministry has said that the first group of Russian aircrafts has left Syria’s Hmeimim airbase to their permanent locations in Russia.

“The group consists of the leader plane – a Tupolev-154 liner and multi-role Sukhoi-34 bombers,” the ministry specified.

The ministry also said that the aircrafts will be leaving Hmeimim for Russia in groups.

“Each group consists of the leader – a military transport jet (a Tupolev-154 or Ilyushin-76) carrying engineering personnel and material assets and equipment, followed by Russian combat planes of different types,” the defense ministry further explained.

The ministry also added that after entering the Russian border the aircrafts will head for their corresponding bases for refueling and maintenance if needed.

On Monday evening, the Kremlin press service released a statement that the Russian and Syrian presidents, Vladimir Putin and Bashar Assad, agreed on withdrawing the main part of the Russian aviation task force from Syria since the Russian Aerospace Forces fulfilled the fundamental objectives.

It is also stated that there will be an air flight control center in the Syrian territory for monitoring Syrian ceasefire.

However, since September 30, Russia’s Air Force in Syria has conducted more than 9,000 sorties and with the help of Russian airpower, Syrian forces have freed 400 populated areas and over 10,000 square kilometers of territories.

Good work Russia… Lets hope the hot headed power hungry western paid “rebels”, now come out in the open. If you can leave in one day, you can come back i a half.

I guess the S400 stays and so does anything else that is needed to protect that.

And if I am guessing right some really big ships are coming to “pick up” more stuff right?