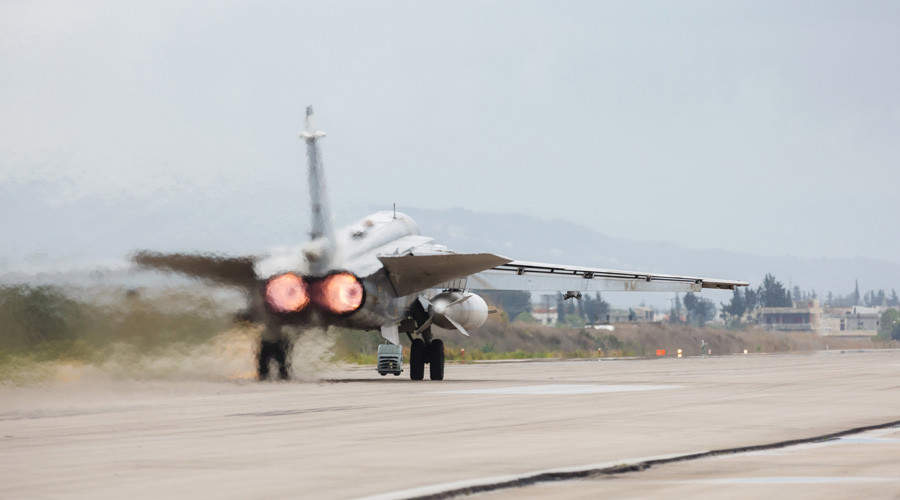 In the last hours of September 8, a new wave of Russian airstrikes targeted the northwestern Syrian region of Greater Idlib.

The airstrikes targeted positions of al-Qaeda-affiliated Hay’at Tahrir al-Sham (HTS), the de-facto ruler of the region, in the outskirts of the town of Hafsarjah in the western Idlib countryside. The airstrikes caused damage. However, ao casualties were reported.

In the morning, more than 12 Russian airstrikes targeted positions of HTS in Hafsarjah and the nearby towns of Sheikh Yousef, Sijer and Ghafar. Seven people were killed and at least 12 others were wounded. Some of the casualties were allegedly members of the terrorist group.

The Syrian Arab Army also launched in the morning an OTR-21 Tochka tactical ballistic missile at the al-Rug Plain in the western countryside of Idlib, where HTS maintains a network of positions.

The Russian airstrikes and the Syrian missile attack came following a series of ceasefire violations by HTS and its allies. The terrorists killed four Syrian soldiers and wounded four others over the past week, according to Russian Reconciliation Center in Syria.

Despite the recent developments, the ceasefire in Greater Idlib, which was brokered more than two years ago by Russia and Turkey, is still holding up.

Syria and Russia are using force to maintain pressure on HTS in order to prevent the situation in Greater Idlib from spinning out of control. Meanwhile, Turkey, who maintains a large force in the region, is still standing on the side.

They are needed at home……

Great, it’s no problem using Airforce against some nusra terrorists with no air defense. But your Airforce is needed at home in your SMO zone. Lack of FLIR targeting pods is a major valuable lesson for RUAF. More importantly, fire the Jew Sirovikin. He is an Israeli double agent.

Stop making holes in the dessert. Make one big hole of the yankee bases and the problem is over. The yankee and nato bases are the hideouts and training and arming hotspots for terrorists !!! Putin, stop playing games in Syria.