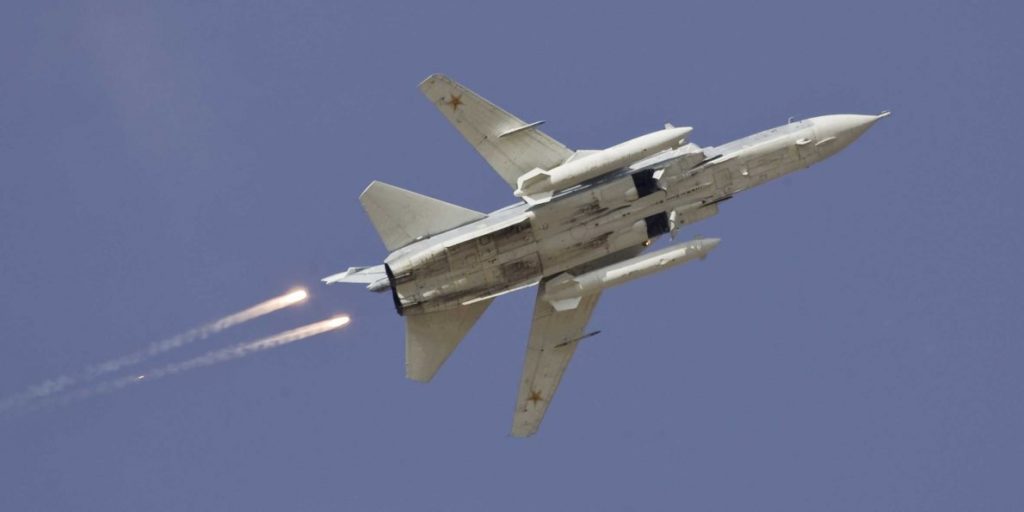 Russian warplanes have destroyed 4 battle tanks, 3 armored personnel carriers (APCs), 14 vehicles equipped with weapons and 2 rocket launchers belonging to ISIS in the Syrian province of Deir Ezzor over the past 24 hours, according to the Russian Defense Ministry.

In total, the Russian Aerospace Forces conducted 182 airstrikes on ISIS targets in the province.

“The facility included a stockpile of artillery and tank ammunition and a large network of underground tunnels accommodating a large group of terrorists – natives of Asian republics of the CIS and Algeria,” he said.

Russian warplanes conducted a series of airstrikes on ISIS targets there causing losses suffered by the terrorist group.

where is video from this battle ? https://www.youtube.com/watch?v=Zm-zevAgScQ

Dear friend, please, stop adding unrelated videos to your comments. In other case, we will be pushed to ban you. Sincerely yours, SF Team

Ddear frien OK, (sorry for english) but you dont give on this very good page daily videos from world war – syria yemen …. youtube and next playes with youtube family delete all war and all dangerous and extremismus videos from youtube . . . . > > Thanks

keep up the good work

i wonder where these ISIS Guys get all the stuff from. Men, Tanks, APCS – you destroy ONE and next day there are TWO. Where are they getting these supplies from?

mmm, well if not I need to put my Sherlock Holmes hat on….. right:

We have proof that they have American crap, including weapons, survival gear, all the way down to toilet paper and cheap quality flags.

We have proof that the commanders speak American – English.

We have proof that they allow LGBT into their ranks.

We have proof that going into battle the shout “Allah Akbar….HOOOO HAR”

You are correct about the LGBT. They had so much influence on Ru that they now utilise a somewhat pink uniform.

Good for them. Way to go.

Well done Russian fighter pilots. Keep exterminating those traitors/those destructive rats! We are 100% behind your actions; You have been a force for good. In 24 months, you have done well with terrorists clear out. Bravo!

They need to release more videos. Always nice to see issis getting wasted