Russian warplanes have destroyed an ISIS command center in the outskirts of Palmyra today. Reportedly, 40 militants were killed. 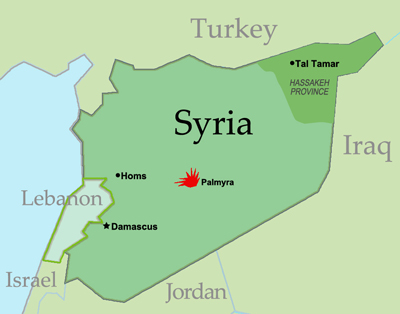 Palmyra (red) is captured by ISIS

The command center was located near the town of As Sukhnah 28 km away from Palmyra. Also, Russian warplanes targeted several pickup trucks and armored vehicles that were parked nearby.

According to the reports, 30-40 militants were killed.

Hurrah. So sad the US could not find them.