On February 15, warplanes of the Russian Airspace Forces (VKS) carried out several airstrikes on the Turkish-occupied area of Afrin in the northern part of Syria’s Aleppo province.

According to opposition sources, the airstrikes targeted the town of Kabashin in the southern part of Afrin. The town is under the direct control of the Turkish military and the so-called Syrian National Army (SNA).

The airstrikes were likely a response to an earlier rocket attack on the town of al- Zahraa to the east of Kabashin. The attack, which was carried out with Turkish-made 122 mm rockets, injured three civilians, according to pro-government sources.

Earlier today, the Syrian Arab Army (SAA) kicked off a new ground attack in the northern Aleppo countryside from its positions near al-Zahraa. Kurdish forces are reportedly taking part in the attack.

The situation in the northern Aleppo countryside will likely escalate further in the upcoming few hours, especially after the recent SAA advance in the western countryside.

good job russia bomb the hell out of them

Are they flying from Iran, Tim?

Do you not appreciate a rumor Florian?
TU 160! LOL

They’ve used them in Syria since 2015, and they’re extreme long range which means they usually fly from Russia and back to Russia itself.
Range: 12,300 km (7,600 mi, 6,600 nmi) practical range without in-flight refuelling, Mach 0.77 and carrying 6 × Kh-55SM dropped at mid range and 5% fuel reserves.
Which means they can take the long route to get to Syria and refuel mid air to make it back to Russia.

If they fly from bases in Iran or Syria they can carry more ordnance though. That has always been the eternal question. Longer range, less ordnance, more ordnance, shorter range. Even for the mighty USAF with its huge fleets of aerial refueling tankers. Heavily loaded bombers require more refuelings on long trips then bombers with less loadouts.

It seems like a waste of flight time, fuel and resources to send one TU-160 from Russia to carry only half a bombload or less to drop on some Jihadis in Syria when a couple of SU-24 or SU-34’s can carry a similar payload and be back in time to Khmeimin to reload and take off again for another mission. Now if that TU-160 is in Syria and can be loaded up to full load, now that would be a major pluspoint.

I think security factors as well as lack of appropriate facilities would be the main reason they don’t often use foreign air bases, but I’m pretty sure they’ve been stationed in Syria before.
And the heavy ordnance the bombers sometimes use [heavy cruise missiles] can’t be carried on the lighter aircraft.

They may want to test their new version of TU160.

“Perhaps ,this is a straight out message to the world. We Still have Nukes and can fly them a long way. Strategically ,these planes are too expensive for this type of Bombing. This is a political message. Back off, we got bigger guns. The Turks are becoming more and more cornered in Idlib. Those observation post are easy targets, and there tanks and artillery too. They have much less space to hide them now too. They should have brought more Anti aircraft weapons in, but that still will not stop Assad. Assad can hide in Allepo and reattack them should the Turks launch a counterattack. They have the Kurds protecting them too. ???? The Turks do not have the ability to fight as well as the 25th or 4th arm. There Airforce is not as great as Russian Missiles too. Keep in mind the Russians have been playing nice. Russia need to train more Syrians to fly old Mig 25, etc….. The Syrians can rebuilt an airforce that is capable. How large is their Airforce, surely the Russians have been training them too. Remember, it is Syrians who are doing a lot of the dirty work on ground, they learnt from their mistakes early on.
Those photos are most likely large transport planes with American Stingers. ahhahahahha ”
General Napoleon

True and due to the very strategic location in the Mediterranean, it would make sense to expand and lengthen runways at Khmeimim for the long haul.

Yes, and they were also deployed to Iranian airfields for the Deir Ezzor campaign .
It would be the first time that the TU160’s have been deployed to an airfield in Syria though ,I think.

Airplanes of that kind do not fly from bases that are in range of the hostile artillery (which Khmeimim is). Such an action would be too risky. Those two planes which landed the previous night were heavy cargo aircrafts Antonov 124, not the strategic bombers TU-160. But maybe from Iran.

are you speculating or do you have a source?

50 Antanov-124 dropping 100 Tons of bullshit every hour since yesterday!

Sounds good. It shows Russia is not afraid to hit Turkey

Nobody’s afraid of anybody. That’s why wars are fought.

Assad must stay
Reply to  Constellation 2023

or not fought when everyone is too scared lol

Jaime
Reply to  Assad must stay

Everybody was scared in 1914, but foolishness prevailed.

yet you claim so every single time a given non-US actor refrains from action. Funny how you try to adapt your bias with the changing tide.

….According to Zerohedge, it seems an second SAA helicopter was shot down today thanks to US made MANPAD and Erdogan kindness. Zionist murderers.

but nut russian made, you gringo!

kalashnikov it´s also made in USA 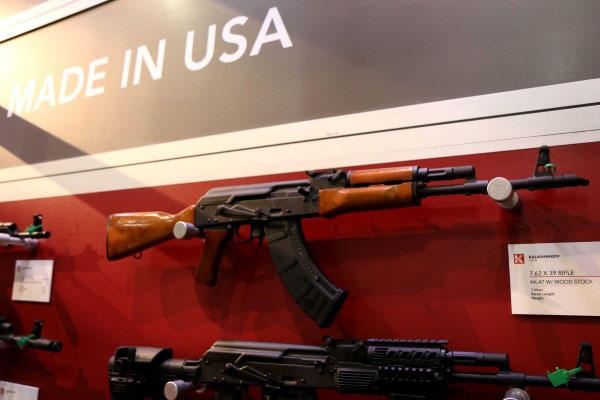 current battle area west of ALEPPO CITY … in the orange

Russia broke every term of the Sochi agreement and is still bombing civilians. Turkey will not take in any other refugees, as it already hosts the most with four millions Syrians. Nobody else cares about human lives.

yes, and americans in Afghanistan, Iraq and elsewhere drop no bombs on civilians and infrastructure…

The US practically leveled Raqqa, killing who knows how many civilians. If only because there were no US funded White Helmets in Raqqa to tell the world how Raqqa was being slaughtered. I take every word that comes out of the Idlib Terrorist Reservation as both tainted and sour grapes from Western intelligence agencies.

You are in the wrong forum buddy!Go back to your elite owned western propaganda networks! They are not updating you on how “Assad is killing little babies and eating their hearts?”…You are singing to the wrong choir! We come here for real unfiltered news. Now go!!!

I agree. Go watch CNN and Trump. This is far less bias.

And Turkey can only blame itself for having to absorb that, since they’ve been at the forefront of multi-pronged destabilization effort against the Syrian state since the very onset of the civil war by:

-Sending recon planes into Syrian airspace ending with one F4 shot down early in the war to provide intel to anti-government fighters.

-Funneling money and weapons to whatever anti-Assad group was willing to deal with Ankara, namely Muslim Brotherhood than AQ affiliates from the four corners of the globe, then ISIS that they unleashed both against the SAA and the Kurds in Kobane while also doing oil trade in total impunity.

-Helping foreign brigades engage into industrial pillaging by dismounting countless factories and their valuable machine-tools to move them back to Turkey wherever they took over the relevant areas from the Syrian government.

-Taking over state institutions by cleansing ethnic Arab and making way for Turkish-speaking minorities there.

-Overtly sheltering, training, organizing and mobilizing tens of thousands of Islamist brigades in its border provinces and lauch a decisive operation to finally conquer the whole of Idlib.

-Creating alternative military structures to the SAA like the NLF that is allied with HTS, that are still to this day hell-bent on destroying the state to eplace it with a fully-fledged theocracy with Sharia Law as its Constitution.

And that last one was actually one of the motivating factors for Putin’s entry into the Syrian fray, so there’s quite a bit of irony in there.

So all in all YES, they CAN take a little bit more of the refugees of whom they destroyed the livelihood a few years back.

Americans have such a “prestige” as the most obtuse people in the world. You are a magnificent example.

Why Turkey would not host those fanatics on its own territory? They are the perfect cannon fodder for future wars against Kurds within Turkey itself.

What about civilian that live in assad area, you just terrorist supporter that support those terrorist family that can be future suicide bomber, no wonder why they killing those shit, russian and other just save the future from those suicide bomber

If they did, then it’s a good thing. All’s fair in love and war. Turkey should have thought about refugees when they set out to destabilise Syria. Now they have to sleep in the bed they made.

Fact: US carefully chooses its targets and drops only pamphlets of inspirational quotes; proven to persuade militants to choose peace.

Without turkey support to al nusrah, there would be no war and no refugees.

Its your own goddamned fault, thats what you get for doing Israel’s dirty work!

And congratulations to you, Gustavo. Good to read you in checkmate chess times.