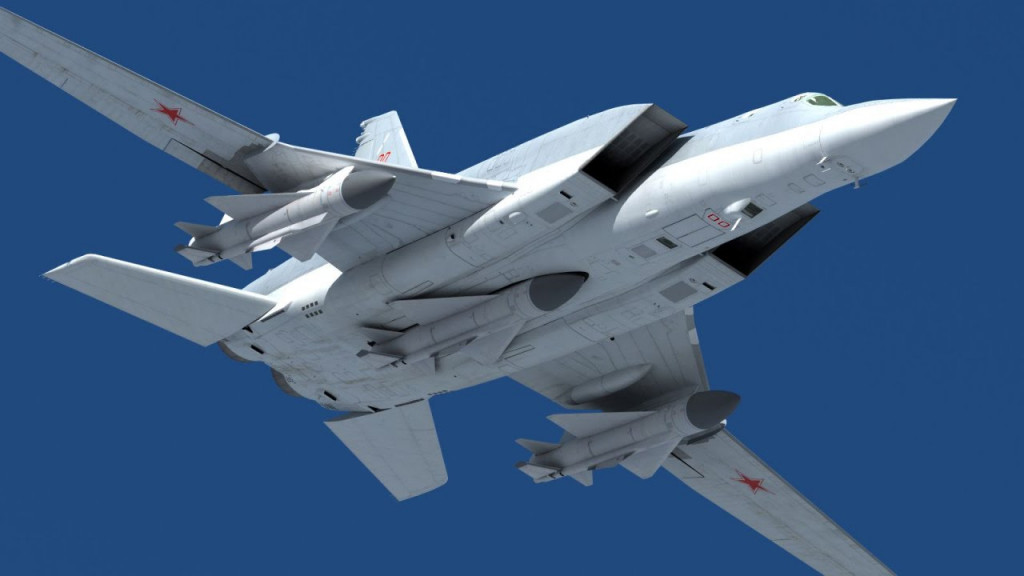 “On January 21, 2017, six long-range Tu-22M3 bombers took off in Russia and delivered a group air attack against Daesh targets in the Deir ez-Zor province… Intelligence data confirms that the targets were successfully hit,” the statement reads.

Russian Su-30SM and Su-35S fighter jets scrambled from the Khmeimim Air Base in Syria, providing air cover to the Tu-22M3 bombers.

The strategic bombers conduct airstrikes against ISIS terrorists in Deir Ezzor amind heavy clashes between government troops and terrorists in the city.

Since yesterday, the army has launched a number of counter-attacks aimed retake points from ISIS units and to link up the Deir Ezzor Airport with the rest of the government-held pocket. However, government forces were unable to secure the gains and retreated to the previous positions.

So … what they need now is to supply and reinforce the defenders.

Keep the air attacks from T22 daily and neutralize the ISIS withdrawal from Mosul, if need be, use the Iranian air base for a refueling, and carry the maximum payload. 6 bombers delivering 40,000 lbs of ordinance each could make for nice carpet bombing, cleaning up large areas of ISIS positions and concentrations. I see no problem why submarines from the Black Sea cannot fire Kalibr missiles to the ABM facilities in Romania.

Yes, good to see the backfires in action around Deir Ezzor. Hope that they are using Iran for staging also. Only this time keep it more hush-hush. The Iran govt. was upset about reports in the media about this. Need to carpet bomb (or FAE,FOAB) heights south of airbase to knock out ISUS support there.

Hard to use T22s on a daily basis. Very costly. Sanctions are still not lifted … War effort for RU budget is very high. Maybe the new US administration would sit at a reasonable compromise discussion. … Firing missiles to Romania is just not a priority for the time being …

You can allocate a squadron of T22 that can allow 2 sets of aircraft groupings working on two different days. Costly? Russia has an inordinate quantity of dumb bombs, and the fuel price is a given. What do sanctions have to do with how the Russian aircraft operate? Sanctions and lower oil prices have not stopped the rearmament program, the war effort in Syria cost about the same as a military exercise held in Russia. This is a good exercise for the T22 and its weapons deployment, it could serve as a uselful platform in Europe along with the Iskander missiles to neutralize key NATO targets.

Mr Trump is on our side now.More chance to claean up those radicals.

In my most hopeful vision, we will see the US request permission from the Syrian gov to aid them in attacking ISIS. It would be amazing to see the US follow international law instead of running over them.

But Trump does not and cannot control Pentagon covert ops in Syria, Iraq, and elsewhere around the world.

Hopeful, yes…Likelyhood: Unknown. If the US starts following Int. Law, it will be a first. I dislike all politicians, as the requirement today is to be a liar, thief and in most cases a traitor. I doubt Trump is any different (he is after all a businessman, requirements are similar for politicians)…that being said, I would be seriously thrilled to be proven wrong.

ISIS forces are concentrated between those two pockets, just keep pounding them from all directions.

Every time the Syrian army has the INTERNATIONAL MERCENARY TERRORISTS pin down, they declare a cease fire and the MERCENARIES get resupply and reinforce with fresh MERCENARIES.

What are you smoking, dude? No such cease fire has EVER applied to ISIS. Similar with Al-Nusra and its sympathiser allies. Even without the supposed mistaken US Chair Force attack Deir Ezzor would still have been in serious problems at some point because to the SAA this is a low priority front. While they prioritized other fronts like Allepo ISIS kept hammering this place. And the defenders had to be lucky all the time, ISIS only once. Unless the SAA relieved this city disaster was bound to happen eventually.

These isis seem to be zombies ! Maybe they aren not humans ?How the heck do they keep on fighting every air force in the world and trained soldiers on multiple fronts ? its just amazing .requires food .resources .ammo and logistics . something dsnt add up

They are being supported, directly or indirectly depending on time, place and manner, by Saudi Arabia, Qatar, Turkey, Israel, and U.S./NATO. Also a lot of the reports of “fighting against ISIS”, “bombing and killing ISIS” etc. are probably crap made up to fool the masses.

The way this is reported seems like a change in tactics for Russia, and I note it was reported that the USA employed identical tactics on another ISIS camp yesterday, claiming to kill over 100 terrorists… so are these actions connected to Trumps promise during his inaugural speech to do whatever is necessary to “wipe ISIS off the face of the earth”.

Seems like it to me. If it is, Gotta say, this sort of strong action makes Obama’s administrations decisions look really really bad now.

Do they really need strategic bombers against ISIS with its mobile operations? Such bombers have their targets usually planned days in advance. In my opinion tactical support that has a live link with soldiers on the ground is much more important in this situation and I am a bit puzzled why there seems to be so little of it in Deir Ezzor.