Russia’s Tor air defence missile systems have downed more than 45 drones used by militants in Syria, according to the chief of the Russian air defence forces, Lieutenant General Alexander Leonov.

“Since the start of combat duty, the calculations of the Tor combat vehicles targeted over 45 UAVs crafted by militants”, Leonov stated in an interview with the Natsionalnaya Oborona (National Defence) magazine.

What about statistics pertaining to Turkish drones? Militants just use diy drones. Low flying and simple. Seems the cost for downing such drones is not worth it.

Tor is only fielded in Syria by Russian units, and only for defending their bases at Tartus and Hmeimen. It isn’t fielded by the SAA and hasn’t see action in Idlib.

Not worth it?
How does 35 combat aircraft and military men and equipment sound? u sure its not “worth it”?

shoots down small drone with bullets!
no problem!

So Pantsir was build with drones in mind but being a relative new toy, the more experienced Tor still has better results.

Tor is an army system (tracked vehicle that has the same cross-country performance as tanks and other armoured vehicle) while Pantsir is air force (wheeled for high mobility on roads and easy terrain). Similar roles, but distinct systems, in line with Soviet/Russian philosophy for multiple overlapping systems.

I might be wrong but from what I remember Tor was brought in Syfia only recently, the Pantsir were at the Russian bases from the beginning

Both systems were there from begining.

Tor-2 was there from the beginning?

Which versions are deployed where is only known by the Russians, part of they maskirovka i guess, i just stated that Tor missile system is in Sirya, used for defence of both their naval and airbase.

Yes u are right i looked it up its been there since 2015!
However the TOR-M2 is literally brand new! Its the one that fires whilst on the move! This is the system that THE VIDEO in this article is referring too! it was only handed over to the Russian military in October 2019!

i dont remember TOR being there either! certainly not for Syria’s use and not at the Russian bases either! A perfectly could explanation is that those russian bases are protected by S-400’s, BUK-M3’s, Pantsirs and EW systems (hand held systems)! Lets also remember that the Russian navy is there with their systems also! My guess is the TOR is being tested!

No, Tor is the old one, traditionally used by the Russian army as part of the layers, Pantsir is the new commer, probably made for export since it was first seen at a military expo in UAE before 2015.

Wait, there is the Tor-1 and the Tor-2!
The Tor-2 is the one they are talking about here! only the Tor-2 can fire whilst on the move! im saying this was never in Syria! its literally brand new!

Pantsir can be mounted on both tracked and wheeled chasis.

Pantsir was built to intercept HARM and other such missiles, than planes, than drones, speed of its rockets is best tell for that (high speed, low maneuverability), while Tor have slower, but more maneuverable missile, making it more suitable for taking down drones and jets…

It’s hard to find accurate data on their effectiveness. Russia claims they shot down 23 US cruise missiles in April 2018 while the USA says they shot down zero. Who do you believe?

Israel claims they killed one at Damascus airport …. the Syrians claim it was out of ammo and abandoned but the operator, who called for re-up using his cell phone left the cell phone on in the cab of the pantsir allowing the Israeli’s to target it.

The Turks claimed a number of kills this spring but the Russians say they were used to seeing Turkish surveillance drones due to the ceasefire agreement and they were suckered.

I think the truth is somewere at the middle

Pantsir doesn’t necessarily use missiles against drones …. it has twin 30mm autocannon for low and slow targets. Tor is just armed with missiles.

youre right! if its protecting hundreds of millions of dollars then yes u are right!

Which is the reason why the enemy uses cheap drones and sends them in swarms! what happens when they send 20 drones? Counter it with 20 x $40,000 SAM’s?

Then it becomes a war of attrition! In $$$

I remember watching a doco from RT talking about the pantsirs needing a cheaper and smaller missile for drones!

Pantsirs have and do use bullets to destroy these drones! So when we see a report of a pantsir killing a drone, it because they are using bullets!

i think Russia wont use its high tech equipment as the US navy Recon planes are always snooping in the area trying to detect weaknesses!

Good job Comrades.
I like the TOR a lot.
CIA trolls and hasbarats will cry and rage :) 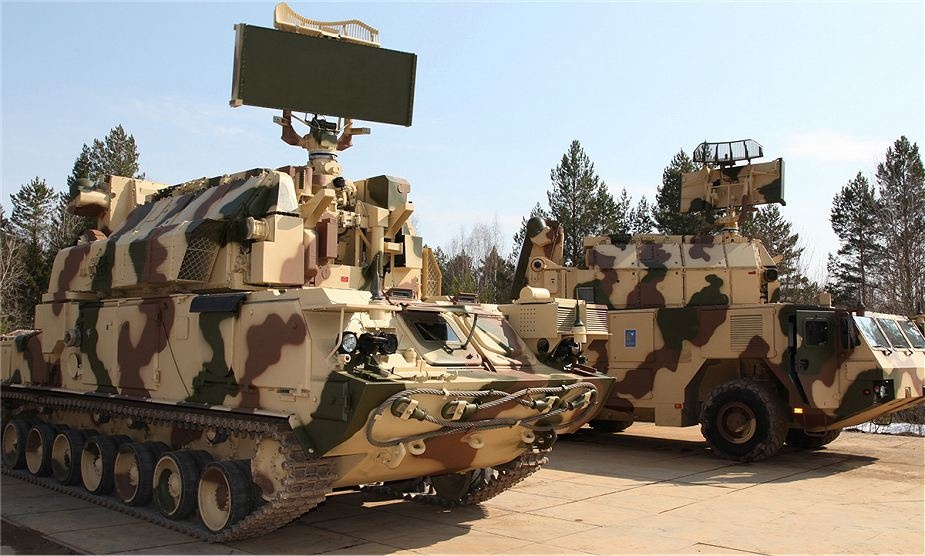 US also have advanced ultra air defense precision missile systems who have also shot down all terrorist drones in our combat zones.

hasn’t the CIA provided you a tutor to teach u your own language? they are too timid to enter your trailer park? “the functional illiteracy and ignorance of amerikans has made us an international joke”. Morris Berman

Could be wrong here, but the Syrian war would suggest the most capable air defence/defense system is the Buk-M2E.

Assad signed a contract and advance payment with Russia in 2010 for 6 systems of the S-300. Still not delivered to Assad today although promised by Russia 11 times in the media since 2015.

You buy a freezer from a supplier and pay 10%. Ten years and eleven different excuses later, “the geo-political situation, Israel, Pentagon, Saudi, Iran, the Jews helped us in WWII, bla bla bla bla bla”, you have still not got your freezer.

Your 10% are gone, and instead the supplier deliver you 10 shovels to dig a hole to cool your beers in.

I doubt of such success.Russian Air Defences System perform very poorly against Turkey and Israel. Israel bombing Syria at will and Turkey almost destroyed SAA with drones.

Tor is the tracked system that can fire on the move. Pantsir is the complex that will be forever cursed with a turret, informing an attacker from which direction *not* to attack from without fail.