The Russian Su-34 fighter jets reappeared in the Syrian sky due to aggravation of the situation in the country. 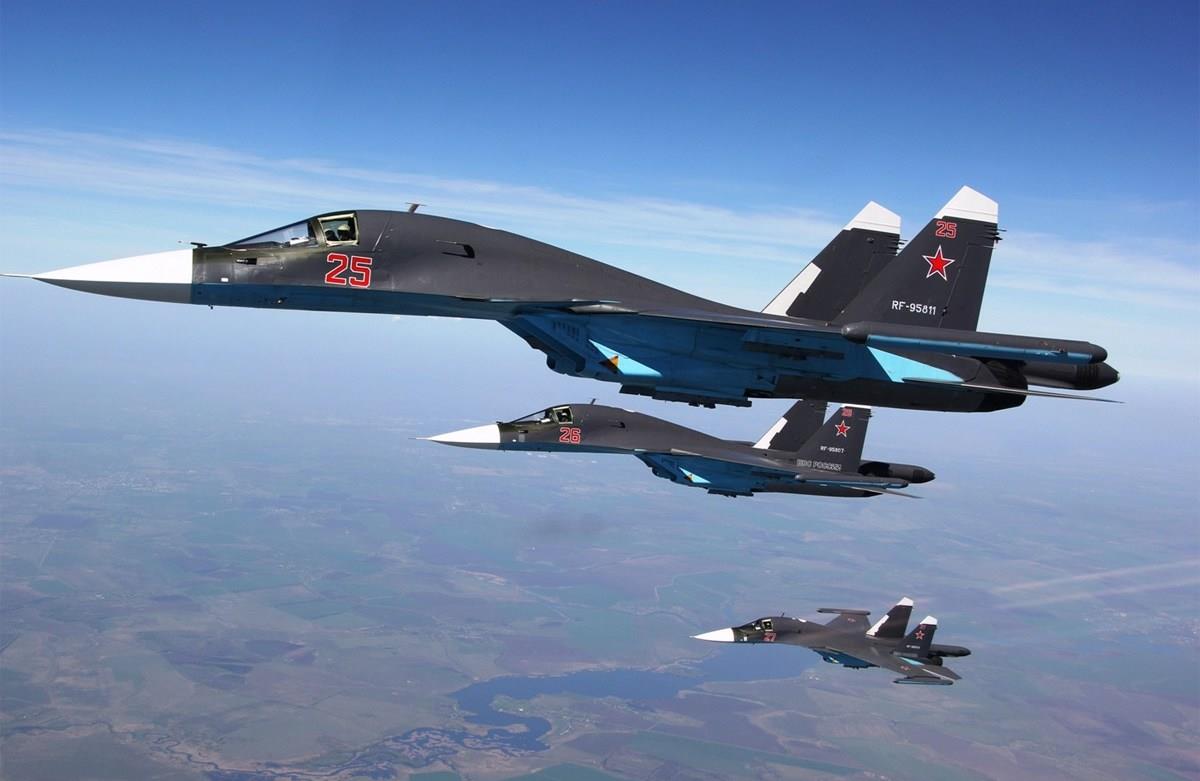 The Su-34 front-line fighter jets of the Russian Aerospace Forces have once again appeared in the Syrian sky. A video, showing a flight of Russian aircraft in Idlib province, which is controlled by units of various terrorist groups, was published online.

The video, lasting only 39 seconds, lets clearly see the Su-34 bomber. Screams of terrorists behind-the-scenes indicate that they have started to panic, when the warplane appeared in the sky. They did not even try to shoot it down, and the aircraft got away.

The Su-34 front-line fighter jets, which are treated as the 4++ generation aircraft by a number of experts, perfectly showed itself during the operation of the Russian Aerospace Forces in the Syrian sky.

After the end of the active phase in March, the Su-34 bombers were withdrawn to the place of permanent deployment – the Buturlinovka airfield in Voronezh region. Later, media reported that four fighter jets remained at the Hmeymim airbase in Syria. However, there was no information about its operation in press.

Only in mid-August, the Russian Su-34s flew from the Iranian Hamadan airbase to bomb infrastructure of Syrian terrorists in the province of Deir ez-Zor. According to the Russian Defense Ministry, as a result of the airstrikes, two command posts and large training field camps of terrorists were destroyed, as well as more than 150 terrorists, including foreign mercenaries, were killed.

Reopen that air base in Iran and guard it with the S-400 system. For the coming war against all the Zionist controlled Empires, this base can and will be enough to turn the tide in the battle for the middle east. Who will control it? Indigenous peoples? Or Zionist-surpremisist-bigots? https://uploads.disquscdn.com/images/068151252b08afb2bef0038e5b498de30549136b3d6c4a101d06ff2700ebe60f.jpg