Pilots of Russian Su-34 fighter-bombers deployed at Hmeimim Air Base have held an exercise off Syria’s coast, the Zvezda TV reported on March 3.

In the course of the exercise, Russian pilots coordinated with the air-defense force and the navy, conducted electronic reconnaissance and accompanied ships in the Mediterranean Sea off Syria’s shores.

Right after landing, the Su-34s were inspected by the Russian Aerospace Forces technicians, who quickly re-prepared the fighter-bombers.

“It’s never too late to learn,” Sergei, a navigator, told Zvezda. “Not only pilots are training here, but also air defense forces are tested – how they work according to the assigned task, how they carry out missions.”

According to the Zvezda TV, Russian pilots in Syria train on a daily basis because the situation there is different from what they trained on in their country. 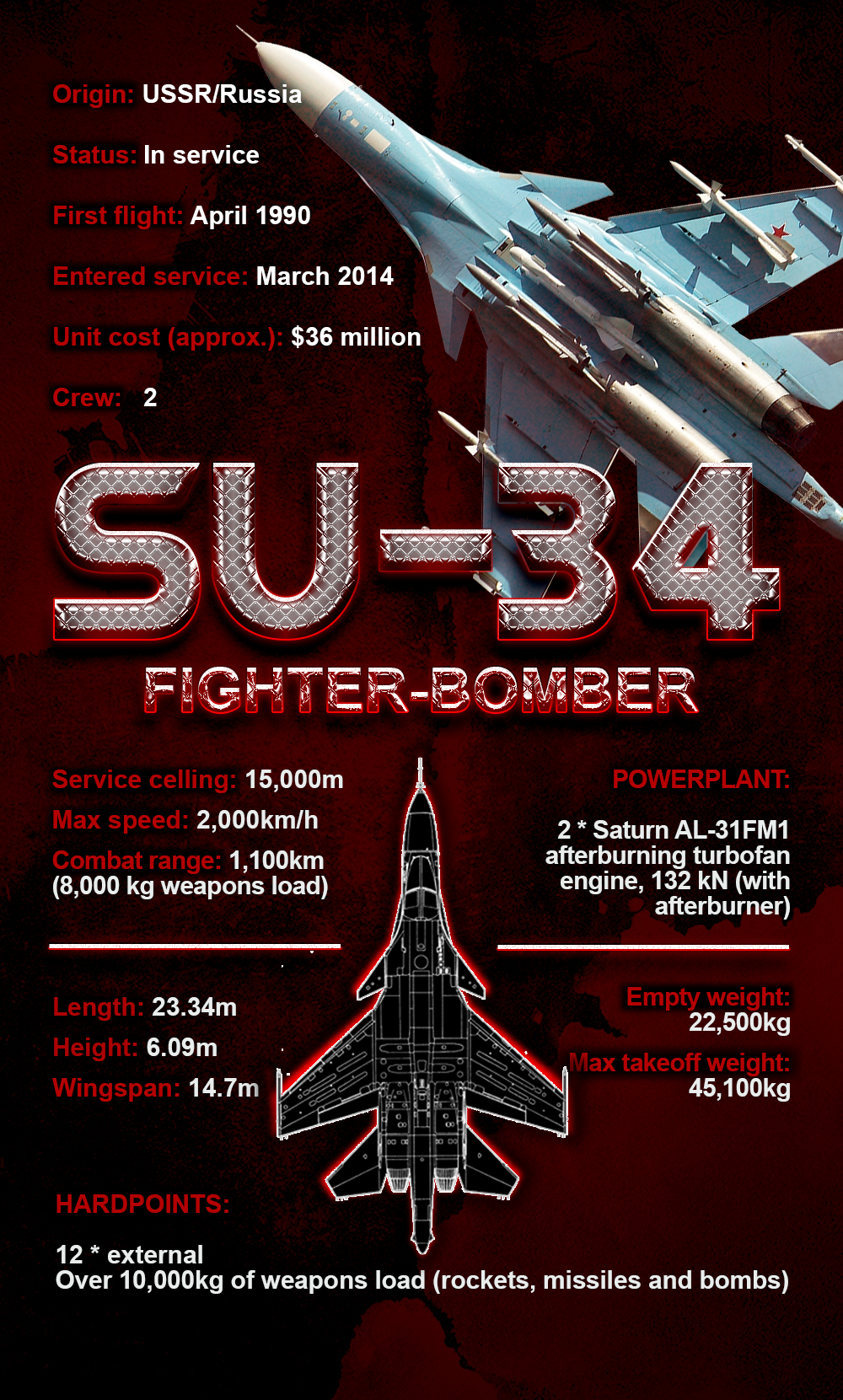 An unknown number of Su34s are currently deployed at Hmeimim Air Base along with a number of other warplanes, including Su-24s, Su-35s and Mig-29s.

Hmeimim Air Base, which hosts thousands of Russian troops, is the headquarters of the Russian military group in Syria. According to recent speculations, the base could be even developed to receive strategic bombers.

There is a British acronym called the ‘ 5 p’s . ‘Preparation Prevents Piss Poor Performance’.

It appears that the Russian Aero Space forces are exceedingly well prepared against all the childish NATO prpvocations.

Well prepared with electronics made in TAIWAN

That is true, I’ve read that the Su-34 is P-800 Oniks capable as a platform, but have never seen a picture of the aircraft carrying the deadly ASM’s, which would send a shiver down any warship commanders spine. What the linked article does state is that the Su-34 is now being upgraded with new tricks to Su-34M standard and is Kh-101/102 cruise missile capable, making the Su-34M something close to a mini B1-B strategic bomber. I’d imagine that the Russian strike-fighter Su-34 aircrafts would be an ideal platform for hypersonic weapons in years to come too.

Reading up about the Su-34 and Su-35 Flanker derivatives, got me thinking could the two RuAF platforms work in tandem within an air-air role, where the Su-34 carries long range air-air missiles for data-linked Su-35’s to keep the air-superiority fighter (Su-35S) carrying an arsenal of medium and short-range AAM’s rather than the heavier and performance hampering, long-range missiles like the R-33/37?

Yet another great episode!