The Su-24 tactical bombers are being prepared to leave Syria and return to places of their permanent deployment. 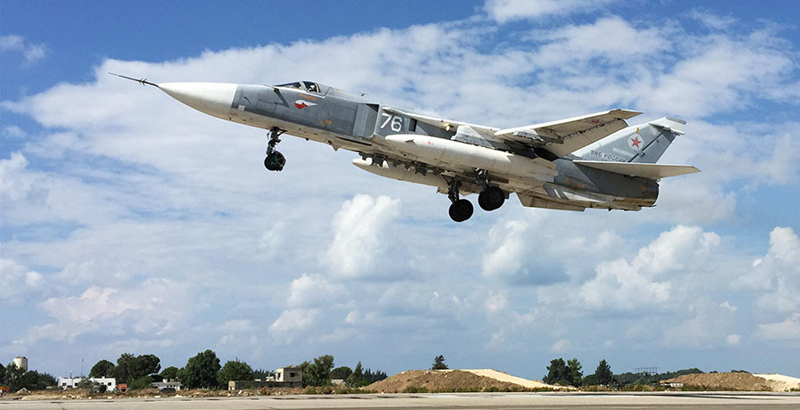 The Su-24 tactical bombers are being prepared to depart from Syria to Russia in the framework of reducing of the presence of the Russian Armed Forces’ group in the Syrian Arab Republic, Commander of the Russian group in Syria, Colonel-General Andrei Kartapolov, said.

“In accordance with the decision of the Supreme Commander, Russia’s President Vladimir Putin, reduction of our Armed Forces’ group in the Syrian Arab Republic is ongoing. The Su-24 element is already being prepared to depart to Russia. Today and in the coming days, flight crews and medical personnel of the special detachment will return to the point of their permanent dislocation,” Kartapolov said.

Agreements with the Syrian armed opposition, achieved through the mediation of Russia, led to a truce in the Syrian Arab Republic, which came into force on December 30, 2016. In this regard, a gradual reduction of the military presence of Russia in Syria has started. Last week, the first six Su-24 bombers left the Hmeymim airbase. Ships of the carrier strike group of the Russian Northern Fleet with 40 aircraft of the ship-based aviation also are returning to places of their permanent deployment.

At the same time, the S-300 anti-aircraft missile systems and the Bastion coastal defense missile systems remain on alert. They will cover the naval base of the Russian Navy in Tartus.

This is very annoying step of russian army. They were not be able to stop ISIS in Palmyra, and they are not be able to stop ISIS in Deir Ezzor. It looks like that there were a US-Russia negotiation of partition of Syria land….. that is too bad for Russia credibility. The world was expecting much much more about them, with respect they have done already. In other words, I was expecting russian fully destroy ISIS and associates (moderates) in Syria. If Russia leave them alive, Russia will suffer terrorism in its own land sooner or latter, you will see.

Nobody is going anywhere. Additional SU25’s were deployed last week,to replace these aircraft. This is a normal rotation for an otherwise old airframe. The SU34’s , SU30’s , SU25’s and numerous attack helicopters are fully available, not to mention Russian Spetsnaz , Chechen Spetsnaz , artillery , tanks and BTR’s.

yes, they are fighting for ariae nearby their airbase and naval base.

Still the Russians speak of “reduction.” I am glad additional aircraft will arrive but this announcement fits a bewildering pattern of Russian lessening of pressure when truces are arranged when it seems like to do so gives up significant advantages.

With the situation in Deir ez-Zor and Palmyra, is this really the time to reduce anything? Of course, I admit that Russian air attacks on Deir ez-Zor recently have been very heavy.

and do no forget tabqa disaster ;)