A headquarters of the Turkish-backed National Front for Liberation (NFL) located in the town of Shnan in southern Idlib was wiped out on November 22 as a result of several Russian airstrikes, according to the UK-based Syrian Observatory for Human Rights (SOHR).

“There is still no information about any human losses,” the monitoring group’s report reads.

This growing cooperation with Turkey has apparently encouraged the NFL to step up its attacks on government forces and civilian areas around Idlib. Ankara is yet to take any action to stop the group’s hostile acts.

How many cameras do these goatfuckers have?? Paid by my tax dollars might I add.

How come there always filming during airstrikes? I wonder who is feeding them the intel. Id guess either turkey or nato or both.

Are you referring to the ‘moderate rebels’ of days of old? 2013 seems so distant?

Haha. They probatly are bad taxpayers according to him.

Lay off the drugs Jens , they have fried your brain beyond repair.

Thast not Your tax. Tax is made so the Goverment and The Parlament can use them by majority as well as major parts already are decided for them by laws.

And the parlament is elected by All and You has to contribute even parts are not for You.

You may want to look into getting a better translation app lady… the one you’re using sucks at spelling and can’t even put a proper English sentence together.

My goodness… where are you… in Liberia?

Its seemes You are an arab or turk. You dont understand advanced english and only lawyers english.

And worse, You are far from my culture, so the transplation machine cant make it.

Its not my fault and I dont care about spelling.

My goodness lady… why in the world did you waste the time to type all of that when you could have simply said “I’m retarded and can’t help it”?

No, they SAA, or most probably RuAF warned them in advance about the sites and time of strikes on several locarions. Others aren’t filmed. No more Nato’s intel or any other player around, to tell them where SAA will strike next, so they can film it.
Russians bring electronic countermeasures to that. So that’s it.

Now we know why the NATO terror advisers packed up and scurried home :)

Great turned them into human kebabs!

Its because Your women and even You are too ugly. No wonder most muslim women use blacjk tents, so we have to use sunglasses less.

Who are my women inbreed?

You may want to empty out the drool cup hanging from the chinstrap on your safety helmet and make sure you’re all fastened up lady… you sound like you are most probably a danger to yourself.

He’s been a danger to thoughtful and rational discourse for quite some time.

Yes, I do appear but are against You are killed as spendables.

This makes no sense either . It might make sense to you but is complete nonsense.

I only speak English lady… sorry.

Thinks he is so clever but a total moron with no comprehension at all. Impossible to have a normal discussion with it as he forever floats off on an obscure tangent where he is the only one that knows what the fuck he is on about.

Noirmal seemes to be a relative. You just write a lot of crap. Free speach is not lying and insulting as if You had to and only had learned that in Your kind of world.

You ignore the rest of the world. Hardly any real westerns write here besides me. By that You create Your own truth taken from polluted air and often from under Your bed blankets.

Ypu not even try to know Your enemies even thats a number one for defeting them.

You not even have a vocabulary for it and not even try to get one for any positive change for Yourself. NONE.

Much like You mingle in closed cirkles and we only see and listen to Your bony hairy asses and only see and smell, whats comming out.

AND WHAT DID YOU NOT UNDERSTAND: I understand using “Dweeb” and commneted that. And Gay ??? How comes.

I replly: You should have more of them, where You are. They are good taxpayers and make no children…

The idiot even criticizes others. According to him, the fact that he speaks Danish is enough to be able to speak English coherently just because both are Germanic languages. If it were so, I’d speak and understandFrench very well too, but I don’t.

I don’t think he even realises he is talking absolute nonsensical dribble. I am sure he thinks it is pseudo intellectual or something. Tried ignoring him but he keeps butting in with his tangentially abstract crap. Or he is a total nut job that should be in a white jacket somewhere.

Jens does have an alter-ego who writes in perfect English, but its his ‘alter-ego’s holy day on Saturdays.

I wouldn’t mind if he had a few spelling mistakes but mostly made sense but when it is dribble I just ignore him. But he does keep on butting in with comments I haven’t a clue what he is on about and I am not going to try and decipher it when other people have interesting things to say which is where I would rather spend my time reading. Like an annoying mossie buzzing around unseen and every now and then lands on your eye where you end up swatting your eye and the mossie keeps buzzing.. “Jens the Mossie “ 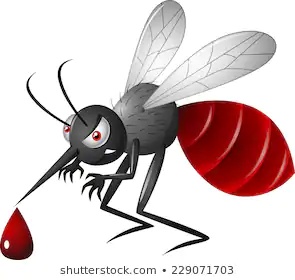 “.
Anyway Caroline is coming soon and she is a very pleasant countrywoman of his worth more time than he,

Thanks for that, Al.

Something for something. An eye for at foot. I You and others behaved better, I would too.

If everybody did, the world would be a better place to live.

Just tempting to be nice in the same way You are, so You might know, how it feels.

LOL, If the Russians keep this up they might bag a few Turks as well, I’m sure there’d be a few Turkish commanders hanging around these rebels bases.

Why mighty Russia and saa and Iran.. hessbo force don’t send the groud force in to finish the job…very easy to bomb everything from far away.. thats not very brave the way to fight terrorism .. lol

The helicopter in the second video, bombing from high altitude with drop off ordinance is Syrian. Russians do not use helicopters to bomb. Only use guided or unguided misses attacks.
Secondly, Russia has very clear motive for not sending ground troops ( beyond Spetsnaz units). If you send large troops it becomes almost inevitable to take prisoners at some point. Russian forces in Syrian have a very clear mandate from Putin: no mercy,and no prisoners when it comes to Wahhabi fundamentalist. Hence the use of airforce and Spetsnaz units, none of which ever take prisoners. They just go for the kill.

but they killing a lot of civilian to this way…

Not as many as the Turks and their headchoppers do.

If they did they’d be in the same position Turkey is now, do you think the Russians want the rest of the world saying the same thing to them that the rest of the world is saying to Turkey, which is GET OUT OF SYRIA RIGHT NOW, but the rest of the world isn’t saying that to Russia, just saying it to Turkey..
And Russia and Syria just keep happily bombing the terrorists without too much backlash at all from the UN or anyone else, no war crime indictments for Russia yet, but more than a dozen for Turkey already.
I’ve noticed that even though this is a pro Russian website, and I very often criticise Putin’s motivations and actions in Syria, I very rarely get a dislike for my comment, but I have noticed that if I actually criticise Erdogan or Turkey in the same way, I get a barrage of objectionable replies and a heap of dislikes, and the same thing happens to others too that also dare to criticise either Erdogan or Turkey, so what does that mean do you think.
I think it means Erdogan has even more paid for trolls on this pro Russian website than the Russians have pro Russian trolls on this pro Russian website.
Erdogan’s completely insane, and anyone who follows his ethical ideology or agrees to his political views, are definitely not scared of the same things I am, which is the loss of freedom to use your own conscience to decide your own future, and the right to criticise your own leader.

SOHR is right. There are no human losses, only among rats.

I agree. That is one strong bomb the helicopter dropped. Brilliant.

The frace “Ankara is yet to take any action to stop the group’s hostile acts,” sounds so stupid since EVERYBODY knows that ANKARA support terrorists in Syria.