On January 23, the Russian Aerospace Forces have airdropped another batch of supplies to government forces and civilians operating in the area. Syrian helictopers also dropped reinforcements from the Syrian Army’s Republican Guard to the 137th Military Base.

“On January 23, 2017, six long-range Tu-22M3 bombers that took off from a Russian airfield and flew over Iraq and Iran carried out airstrikes on Daesh’s command posts, arms and ammunition depots near Deir Ez-Zor [Deir Ezzor] populated area.” 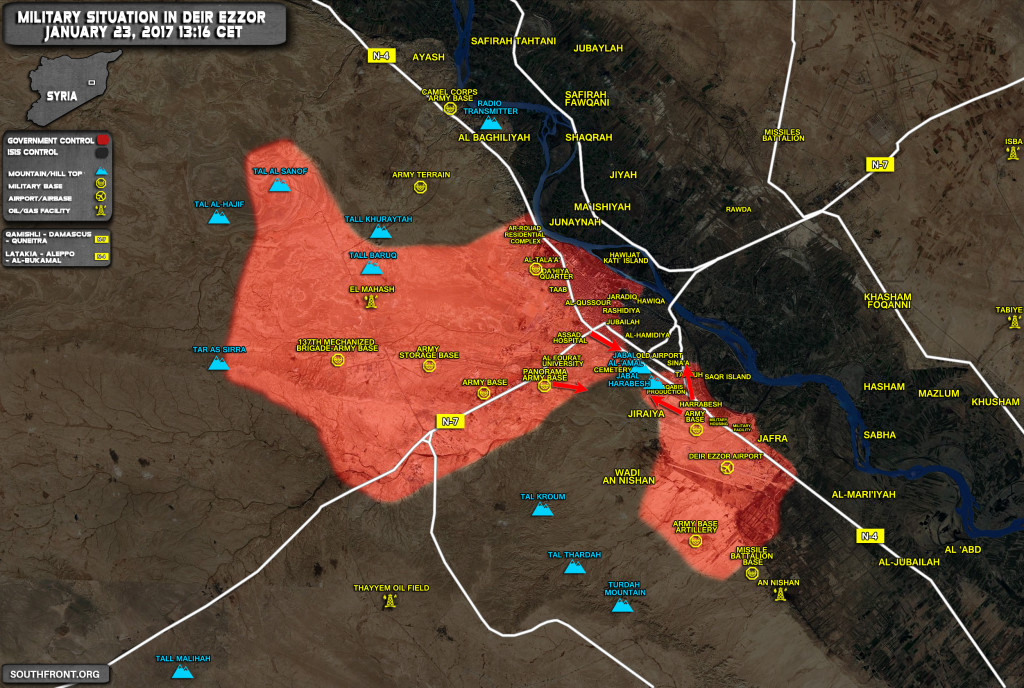 Better bews. Concerned that TU-22 are used so often. Aren’t they supposed to be an element of surprise to NATO (i.e. US)?

Ha, nice one … bet you feel proud about it. … Convenient bombing from the sky won’t make up for boots-on-the-ground. The defenders should be reinforced with new troops and cover the gap between the two territories SAA holds. Never the less, it still a long battle until they (SAA) manage to link Palmyra area with Deir Ezzor.

This is a possibility. The SAA can make for SDF a corridor to Afrin and the SDF can do the same job to Deir Ezzor

They could be being used to help keep anti air elements heads down while the helicopters are near the drop point. Lower flying jets not equipped with the right electronic warfare gear are more at risk. The more electronic suppression is used the more nato chances nato has to observe it and field test workarounds able to defeat the currently used ew methods.

The nuclear weapons must be used against the suicidal ISIS.

Where and how, dude? Try to think again what you’ve said, :)

Your name must be John Doe .