8 Russian specialists have reportedly participated in a patrol on May 8 in the framework of Venzuela’s Operation Shark 2020 launched in response to hostile actions of US mercenaries against the country.

According to local media, the patrol took place in the area of Carayaca in the La Guaira state (formerly Vargas state) of the country. Reports claim that the Russians provided Venezuelan forces assistance in the field of the drone management and the monitoring of forestlands.

Since the start of the US attempts to overthrow the internationally recognized government of Venezuela in 2019, mainstream media outlets and US diplomats have repeatedly cried foul about the Russian and Chinese (and even Iranian) presence in the country that allegedly prevent Washington from bringing ‘democracy’ there.

good if true and if not can be changed. and then russia can send a naval group to make a visit in venezuela, a group of say a couple of missile cruisers and one or two destroyers. that would make the moron in the white house get his panties in a twist.

Sandinistas vs. Contras all over again. This is a fkn nightmare…

The scope is much bigger in Venezuela and will make the Contra war look like a joke. Any conflict in Venezuela will firstly have regional implications and drag in CIA narco state Colombia as FARC will immediately get activated as they are still holding on to all their weaponry which they stored in the mountains and urban areas and also bring in Cubans, Bolivians, and all kinds of Latins to kill the hated racist Yankee cunts, especially thanks to the fat old moron Trump’s racist tirades against Latins.

After the 2016 peace deal the majority of FARC members converted into a legitimate political party. The FARC members who still believe in armed resistance are drug runners and quaqueros illegaly mining emeralds or robbing peasant Emerald miners. Drug runners helping Maduro smuggle drugs are our natural enemy here in Latin America. We don’t hate Trump enough to destroy ourselves even though he is a Dumb@$$..

True senor. But as you are well aware Venezuelan and Colombian histories are intertwined and any conflict will have domestic and strategic implications for all the neighbors as we saw in Vietnam and now Iraq and Syria. Many FARC leaders are not that happy and there are occasional car bombs and assassinations. FARC at its peak had around 20,000 armed combatants. I read a CIA report recently:

Armed conflict in Colombia could heat up in 2020: US Intelligence Assessment

be bombings in cities if dissidents from the Revolutionary Armed Forces

of Colombia (FARC) follow through with plans to pressure the government

into a new peace deal. With US pressure on Venezuela mounting, a resurgence in conflict is expected if Venezuela increases its support for the disillusioned rebels. A large cadre of rebels who rejected demobilization push for constitutional reform they believe would guarantee political, economical and social change.

Diplomats and US intelligence officials are lamenting the slow pace of the reintegration of some 20,000 former FARC members into Colombian society.

Your Intel is outdated. The FARC ideology only has 2000 members left. That hardcore element has turned to crime and are dissaperaing journalists and intimidating citizens from speaking out against them. There is no political ideology driving them, they are nothing but gangsters.

Colombian Emerald Barons don’t like FARC. The paramilitares that run security for the Emerald trade are far better trained and have defeated FARC in the past. Extending government control to the Emerald trade is the new battlefield. Maduro aligning himself with drug runners who have no domestic political support is him digging his grave deeper.

Emeralds have been more lucrative since the Spanish era. With or without the FARC, festering conflicts like the emerald wars will continue to deprive the Colombian state of legitimacy, revenues and territorial control, while its citizens who live in those areas are denied their basic right to live in a secure peace with political and economic freedom. Removing the FARC from the battlefield was an important first step on a long road to peace and prosperity in Colombia. BTW, I had a Colombian girlfriend for a long time and been to Colombia several times and like the country and especially Cumbia. I hope all you guys find peace and free of Americunt meddling which brings nothing but disaster. I believe most Latin nations have matured enough now not to fall for Anglo-Zionist troublemaking.

Are you sure that Mauro and not CIA is smuggling drugs. Because it was demonstrated many times before that Colombian drug smugglers support Guaido or whatever his name is.

Didn’t they send the bombers on a good will tour to Venezuela, just last year?

they did indeed but just last week the disintegrating states of A and uk sent 4 war ships into the barents sea north of murmansk and would love to see the morons in the white house have a hissy fit if russia sent a group of serious naval vessels into the caribbean. by the way, the deranged minds of the white house are almost like syphilis derangement in a far advanced stage. that goes for fat pompeo, dunny the dunce himself, abrams as well as mnuchin, all four serious war criminals and criminals against humanity. ICC would have field day taking those four to court.

Despite being English, seriously do not approve of the Russian hysteria, led by the NGO that the UK Foreign and Commonwealth Office, led by Bill Browder support.

Plus, what is left of our Naval ships, I am surprised the one, cruising with the US ships, has not broken down, owing to wrong type of water. US ships experience similar problems.

Off topic, but, loved the RT Documentary featuring Murmansk ‘Polar Nights and Northern Lights’. Must watch it again.

bill browder has lost his allure and is now chiefly trying to stop russia from opening his bank accounts in cyprus which would be a calamity to his story that russian officials stole his heritage fund’s funds. particularly since he most likely had stashed them into cyprus banks well before the audit was requested and then he abandoned the guy that later died in prison.

Remember, when the EU raided the savings of the Cypriot people, trying to raid Russian oligarchs savings, but, most of the Russians were aware, before it happened.

Bill Browder, whose grandfather Earl, was the leader of the US Communist Party.

After returning to the US, depositing $400 million into the Clinton Foundation (mistaking it for Inland Revenue), once he got the Maginitsky Act, up and running, he fled to UK. Did he forget to pay his US tax bill.

He also ended up as one of the Integrity Initiative (now Open Information Partnership) Mobsters and isn’t he also a member of the Atlantic Nazi Council?

Just found this link, which ties in to what you said about Browder and his Cyprus Accounting System:

Browder: the Cyprus Investigation. What Is he Hiding:… https://www.thekomisarscoop.com/2017/11/browder-the-cyprus-investigation-what-is-he-hiding/

Plus the Sott Net article, which might be the same, but, just going to read it, as I do like Sott Net.

Russia and China are not going to allow the US to destroy Venezuela, now are they?

Plus, no doubt up for the challenge.

Venezuela is a big country and ideal terrain for asymmetrical war. The dumbass loudmouth Americunt cowards could not invade Cuba for 60 years due to the fear of casualties, Venezuela with 30 million people and support of Russia, China, Cuba, Iran and most of the Zionist free world is an impossible task. Any conflict in the region will drag in anti-imperialist Latin guerilla forces from the dormant FARC in Colombia to Sandinistas who all hate the ugly Americunts. Americunt morons are facing an even bigger challenge in Syria and Iraq now as the locals want then out ASAP.

The most senior Iraqi cleric, and successor to the dying old Sistani gave a fiery sermon today in Baghdad:

A senior Iraqi cleric has said that American forces do not intend to
leave the Middle East region and have to be consequentially expelled
forcibly by means of resistance.

“The Americans have to be ousted because they do not intend to leave
by themselves. Only resistance can expel them,” Baghdad Friday prayers
leader Sayed Yasin al-Mousavi said to a cheering crowd..

Finding the strength and power of the ‘axis of resistence’ nations interesting. Together with the fact even more nations are joining them.

Just watch as the Chinese now start a more assertive phase. Their first key areas of influence will be Iran, Syria and the Eurasian One Belt corridor. The scope is beyond anything the world has ever seen, over $10 TRILLION in a decade. 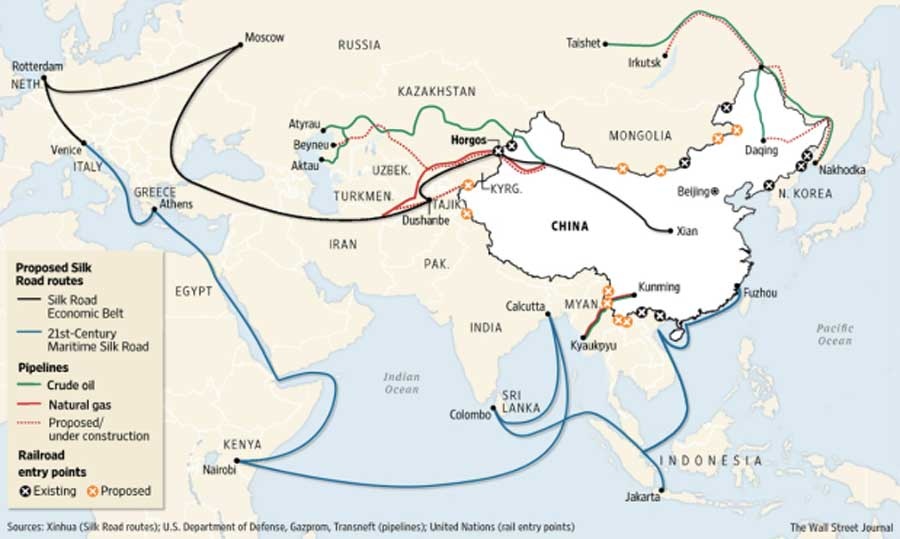 Sitting back, munching on the popcorn, with interest. Whatever happens, the Chinese do not use genocide, for their primary skills.

Whilst I don’t like the communist Maduro government, the last thing the world needs is another US-backed regime change.

I have some news for you,it isn’t communist,most businesses are private,is the oil thats been taken by the state,and thats common sense,don’t believe all the bullshit on MSM.

amerikans hate democracy know ing they have none—even Jimmy Carter admire the “clean fair elections” in Venezuela..the amerikans lie claiming there is malnutrition in DPRK, Venezuela —of the 36 “food stressed nations listed by the UN, neither r included…nobody except perhaps a few peasants believes the US has a civilized political system…”there is no function democracy in America…it is really just an oligarchy…” Jimmy Carter–der speigle 2016