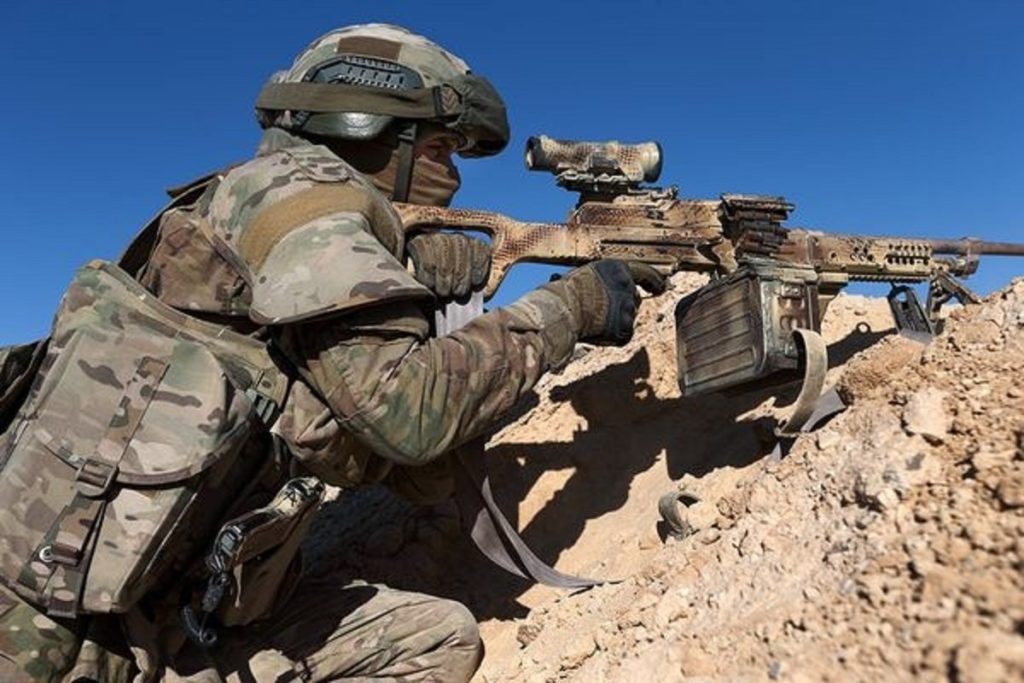 A recent visit of the Russian military delegation to Venezuela has already caused significant jitters in the mainstream media. However, speculations and comments from ‘anonymous sources’ continue appearing.

Now, ‘anonymous’ sources are claiming that the Russian military contingent, which is allegedly deployed, in Venezuela conists of special forces, including “cybersecurity personnel”.

A Russian military contingent that arrived in Venezuela over the weekend, drawing U.S. condemnation, is believed by the U.S. government to be made up of special forces including “cybersecurity personnel,” a U.S. official told Reuters on Tuesday.

The official, speaking on condition of anonymity, said the United States was still assessing the Russian deployment, which Washington has called a “reckless escalation” of the situation in Venezuela.

It should be noted that the Russian side descrbied the presence of its “specialists” in Venezuela as a part of the military-technical cooperation agreement between the two countries. No further details were provided.

While there is little doubt in the deepening Russian-Venezuelan ties amid the developing crisis, it’s apparent that Reuters-style reports are mostly designed to fuel the current situation and justify further US actions to pressure the legal Venezuelan government.

The neocon arm chair warriors have not learned anything from the lesson they were taught in Syria. Silly neocons, wherever you make a move, Russia is there to counteract your move, and ready to checkmate you.

It’s a bit different here. Geography matters; Syria is far closer to Russia than to the United States. Venezuela is far closer to the United States than to Russia. On the other hand, the Venezuelan state itself is I would say fundamentally stronger and more broad-based than the Syrian state. In the Venezuelan case, the real moves are financial so far; any military assistance is potentially handy but not so crucial.

The geography does not matter that much, since US is apprehensive of putting boots on the ground, and their one dimensional air war can be countered effectively. Their navy is a sitting duck against supersonic and hypersonic weapons. Financial moves consisted of US and UK stealing Venezuelan assets, however, Russia and China will ameliorate the financial situation by cutting off Venezuela’s dependence on US and the dollar.

US only have their air bombings and terrorists mercenaries on the ground. Both can be dealt with by S-300 and SAA.

I salute this smart move! Americans feel a bit frustrated for Syria so they need something in exchange. Russia will give them the opportunity to feel better when Russians will retreat from Venezuela. It’s a good trade.

Russia and China are long term allies of Maduro, it is the US that will withdraw their ambition of regime change. US does not have the staying power or long term strategy in dealing with Russia and China.

Yes with Maduro, not with Venezuela, no country has a fleet that can confront the US in that region. Venezuela is an exchange coin for Syria. Get used to it.

Probably not. It would not take much to blow a significant number of US ships out of the water. Russia could have the equipment installed in short order and it would not cost and arm and a leg. Further, Russian HRVs can hit any target on the planet and be launched from Russia. The old fleet deployment game is over.

Weapons are not the most high stakes game here. It is things like keeping the power going and maintaining trade so money can roll in to the country. The trade and money pipelines are already functioning or near functional and the cash pipeline to Guaidó has basically been cut off. My take Bacon. have a good evening.

try and connect your single cell to your fingers when posting. You think you can do that?

He has to find it first.

Even this joke is too intellectual for the bus driver Maduro.

and this coming from a mentality challenged, burn out light bulp.

This Evil, Rogue Empire needs to be confronted everywhere! Victory to Russia, Venezuela, Syria, Iran, Hezbollah, Cuba, Nicaragua and Bolivia! Down with imperialists and their puppets!

I heard commie gospels when I red that

How do you call a meeting Trump, Pompeo, Bolton and Abrams? A seriously damaged Sewage Treatment System !!!

Under the current elected and un-elected the US. is turning into the real evil empire the only difference between this Trump administration and the 2000s Bush years that I can see is that bush jr. administration was staffed with people that were quite a bit smarter, Trump is one thing but the trio of Pence,Bolton and Pompeo is one for the books, Even in the Bush term Bolton couldn’t hang on and as as Pompeo and Pence any public official who quotes the bible when speaking should be put in handcuffs!!!

You wrote everything good except that it was an evil power since ever man, under any president.

The report of cybersecurity personnel seems reasonable. Will be interesting to see how long it takes to provide a more secure internet, stopping the power outages. Russia has the tools, but this is a major undertaking.

True – Venezuelan infrastructure networks are likely extremely vulnerable to both remote and internal attacks. Recall the US managed to insert the Stuxnet virus software into the closed Iranian nuclear science networks via a hardware flashdrive. Recall also the US has long history of subterfuge and sabotage policy against non compliant Latin states – past US programs have specifically targeted infrastructure to generate and maintain popular crises – online infrastructure networks are just huge new targets for an old US policy program. The Russian’s have lot of work to assess any damage – but it could also be very informative study of any attack processes.

But, but why would the Venezuelan government need Russian cybersecurity personnel? Surely those innocent-as-the-driven-snow Americans would never, ever do any of those cyberattacks they complain about all the time?

Can’t y’all see that it’s a direct provocation to Monroe doctrine? Putin is helping Trump to win the support for putting boots in Venezuela. Then USA will assure corridor for the few Russian troops to withdraw, like they did in Iraq 2003

Venezuelans are able to defend themselves alone and all they need is a little moral help from their friends. Monster minds from the USA just have to light the match of the “Yankee go home!” sentiment.

It does look as though Russia is responding appropriately to the American terror campaign in Venezuela.

I am glad for that, not just because I like Maduro and what his party has tried to do and I respect democracy, but also because we really need to put an end to the bizarre notion that all of South America is a kind of American hinterland, the implicit meaning of the imperialistic “Monroe Doctrine.”

This open attempt to unseat an elected government and to terrorize Venezuelans in order to do so, goes against every principle American politicians like to mouth in their speeches.

Yeah, this is why they are so po’d. Too bad.

Russia returned the favor in Ukraine. That was a big mushroom cloud.

Well, Russia need not be so reticent… Russia ought to retort by demanding that the United States of Aggression withdraw its 5000 soldiers from Columbia because their deployment there recklessly escalates the situation in Venezuela, which has already fallen victim to a global U.S.-led economic war against it..

They are only guarding America´s money from the drug trade in Colombia like they do in Afghanistan. US troops are no threat to anyone.

Reuter owned by Rothschild, the Koch Brothers, Rockefeller, JP Morgan, Goldman Sachs, Soros. What have they in common?