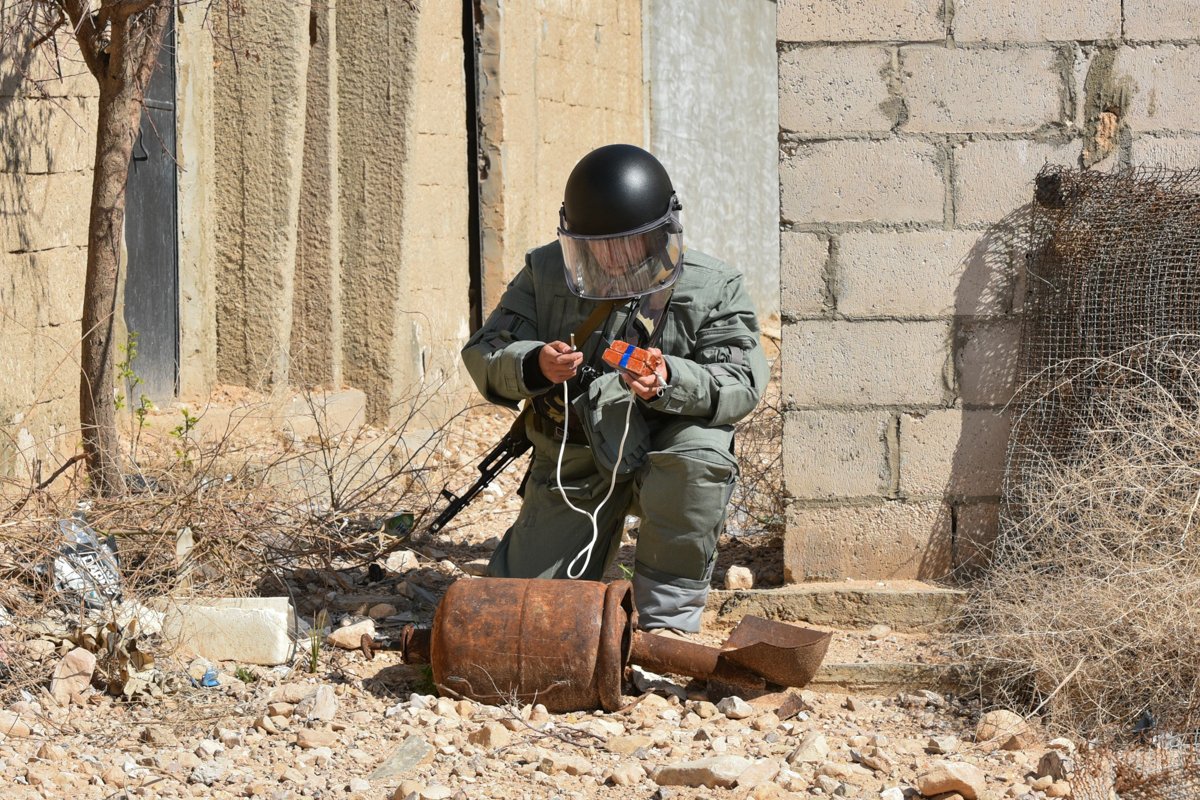 This was the second time when Russian experts dismantled IEDs in Palmyra. They had done the same task following the first liberation of Palmyra in the spring of 2016.

Clashes continue between the Syrian Armed Forces and ISIS terrorists in the northern and eastern outskirts of Palmyra as the Syrian Army, supported by the Russian Air Force, attempts to capture Jabal Mazar, Mustadira Oil Fields and al-Talila Sanctuary.

Russian warplanes ceaselessly target ISIS forces in Talila, Jabal Mazar, Armament Storage, and Arak village in addition to the pressure which the terrorist group faces in Raqqa, Homs and Aleppo provinces. It could be expected that the extremist organization will retreat from the entire region to more fortified fronts near Raqqa and Sakhna Oil Fields. 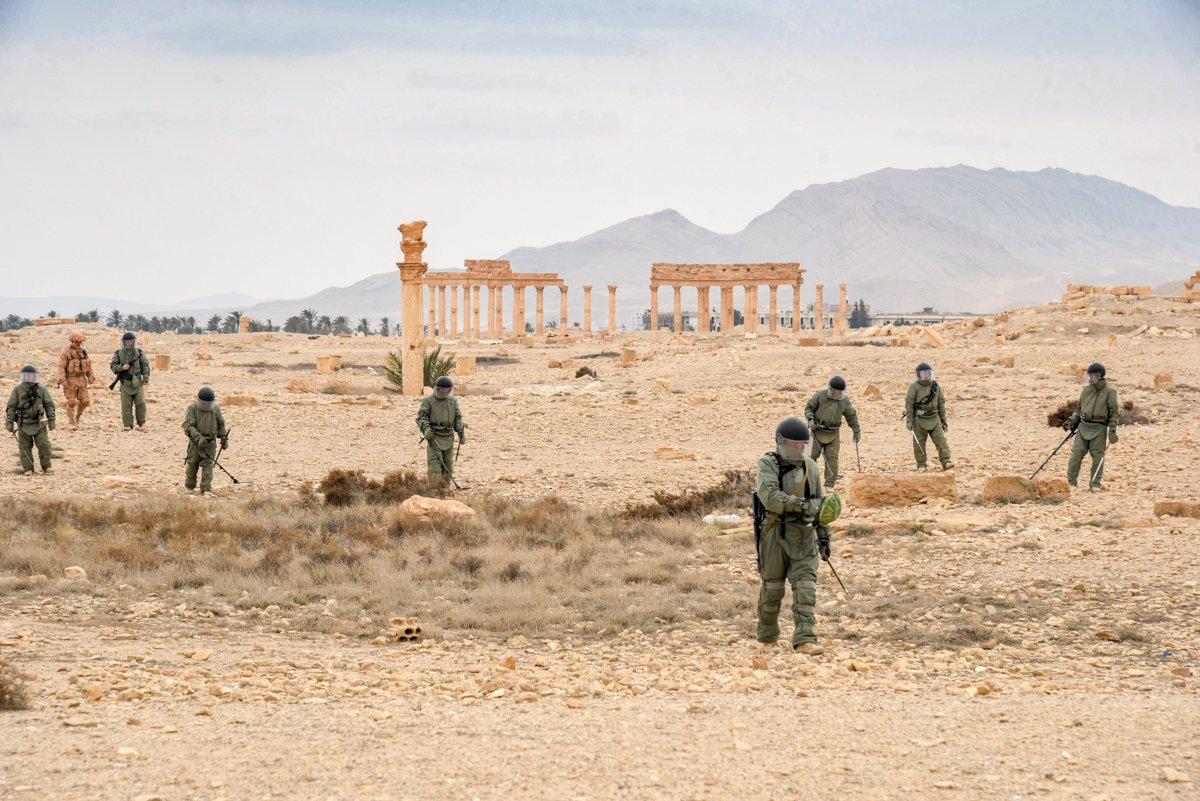 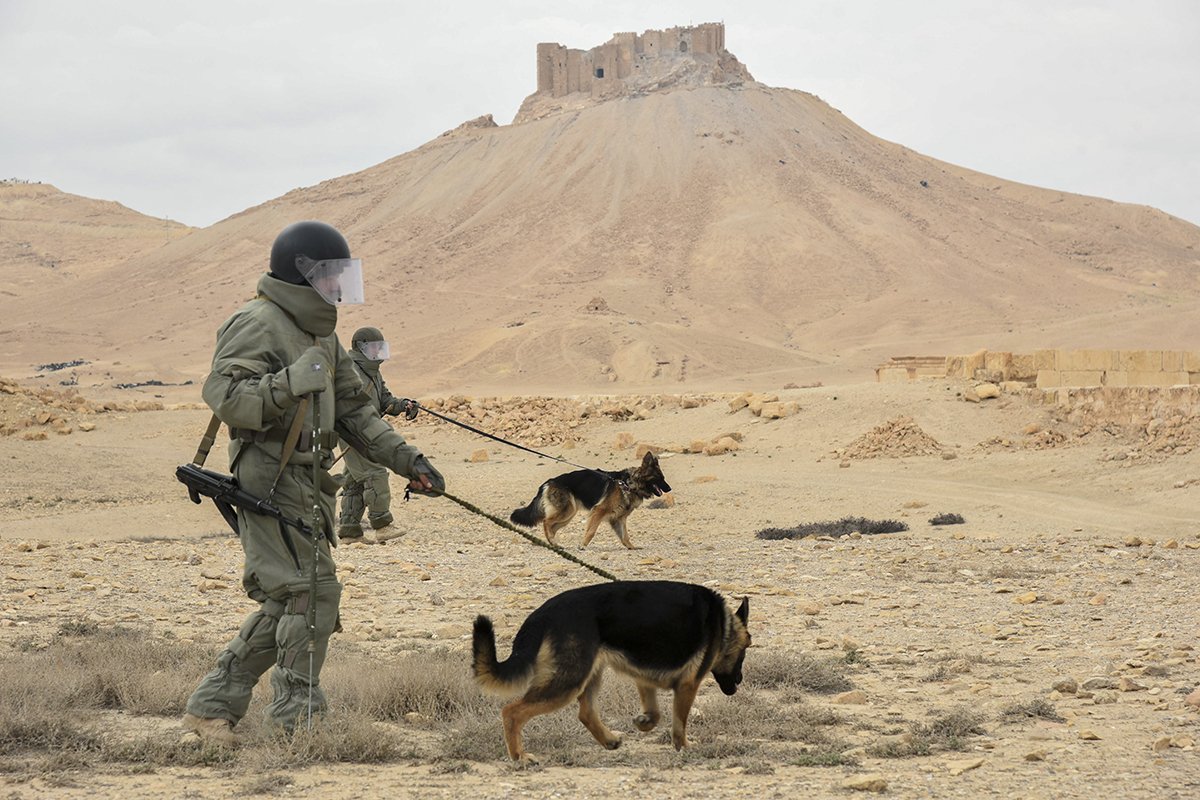 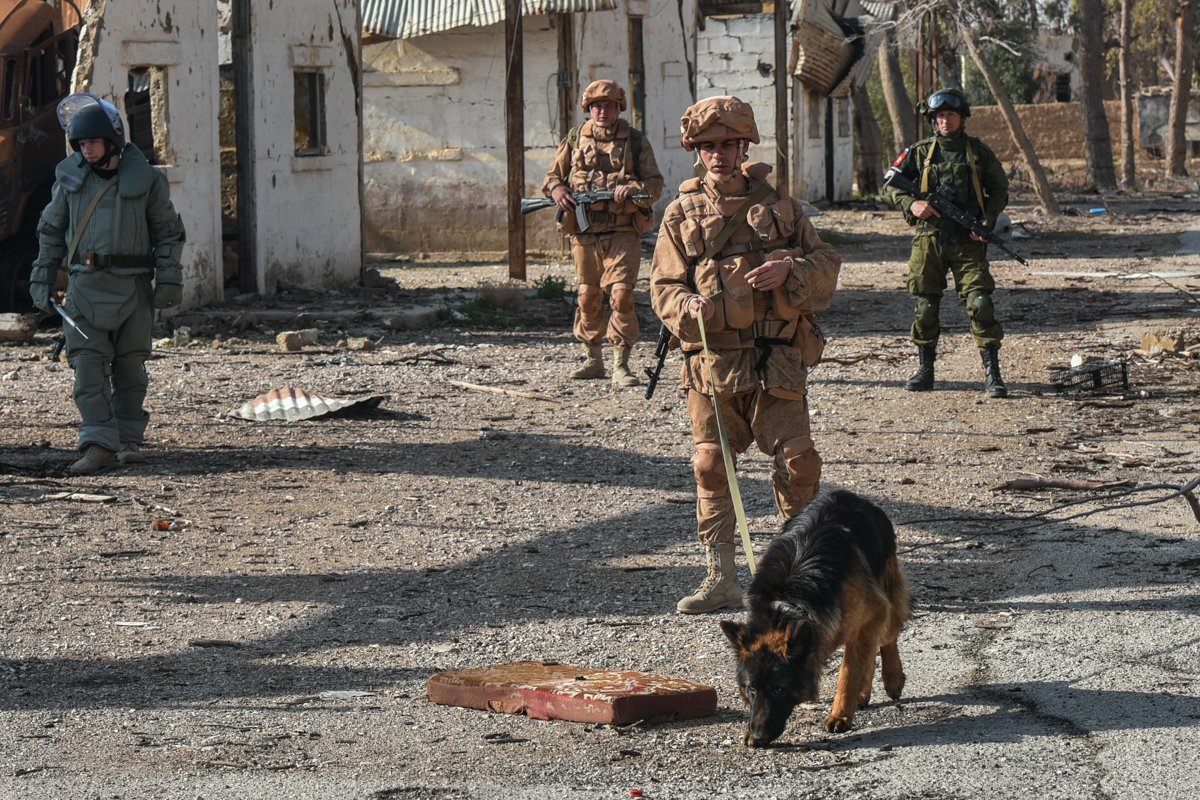 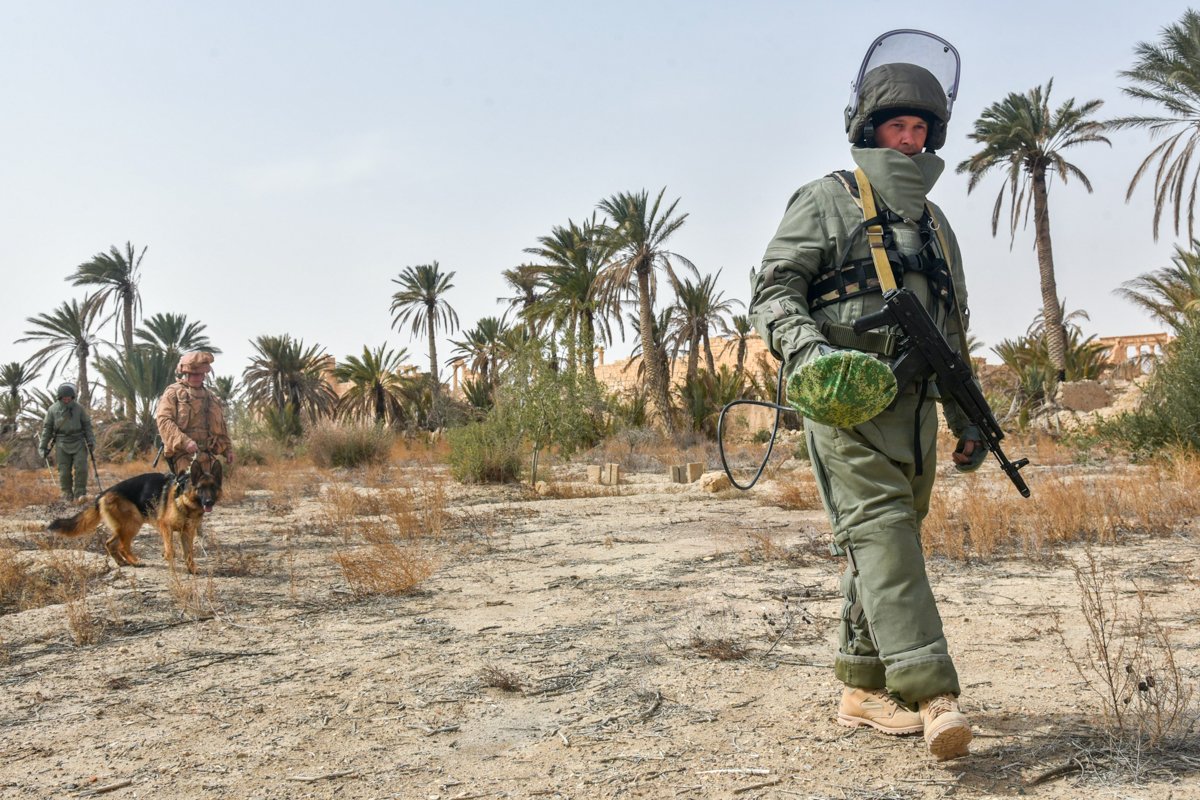 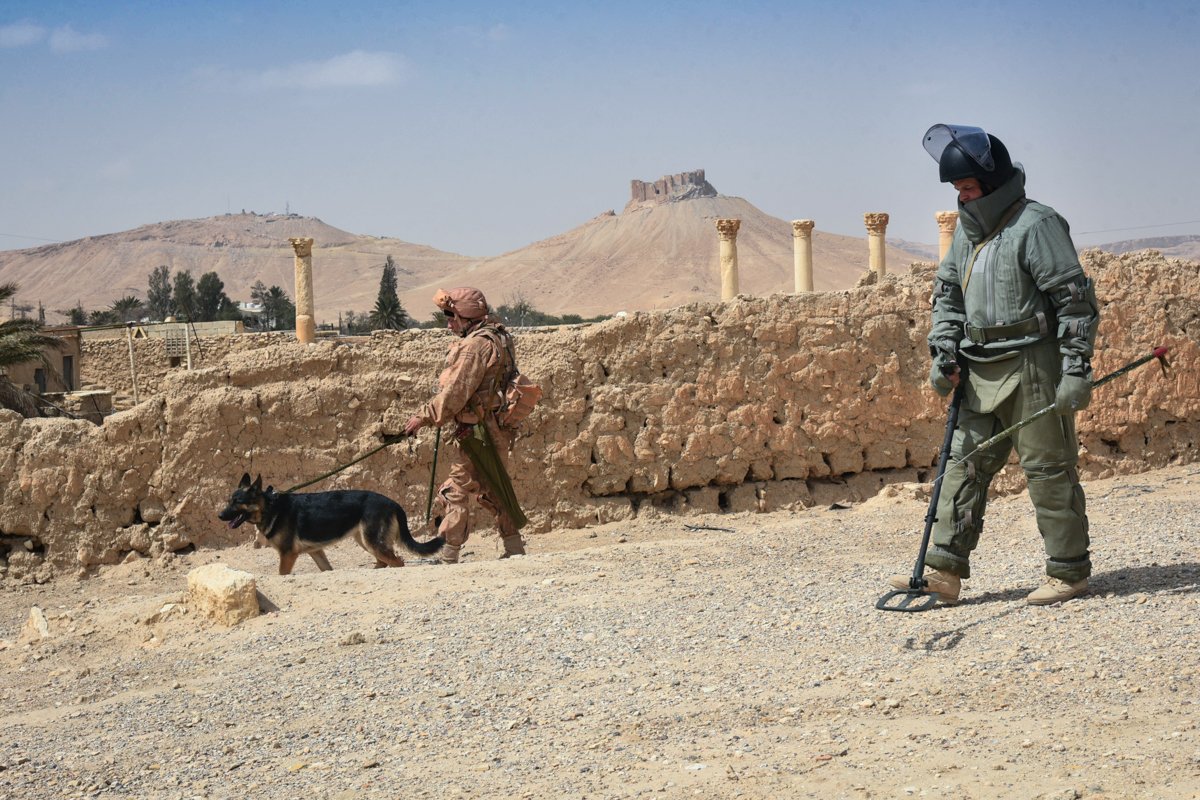 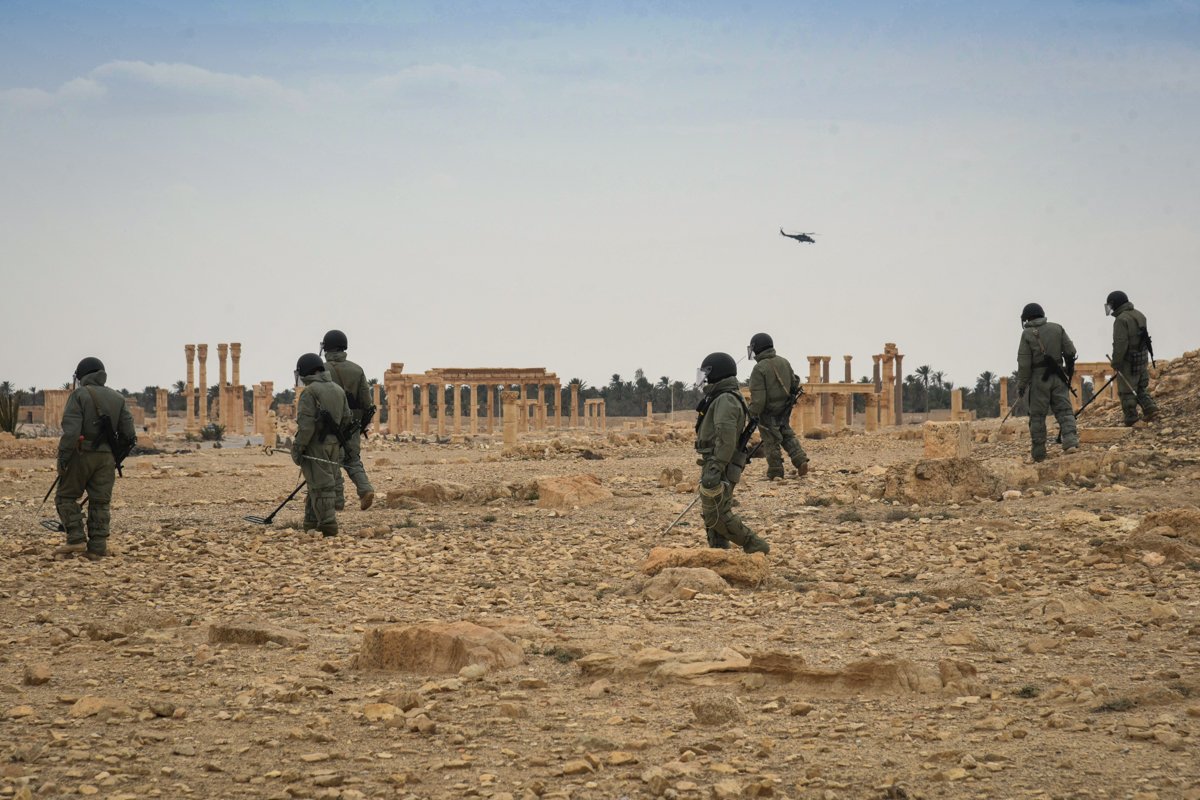 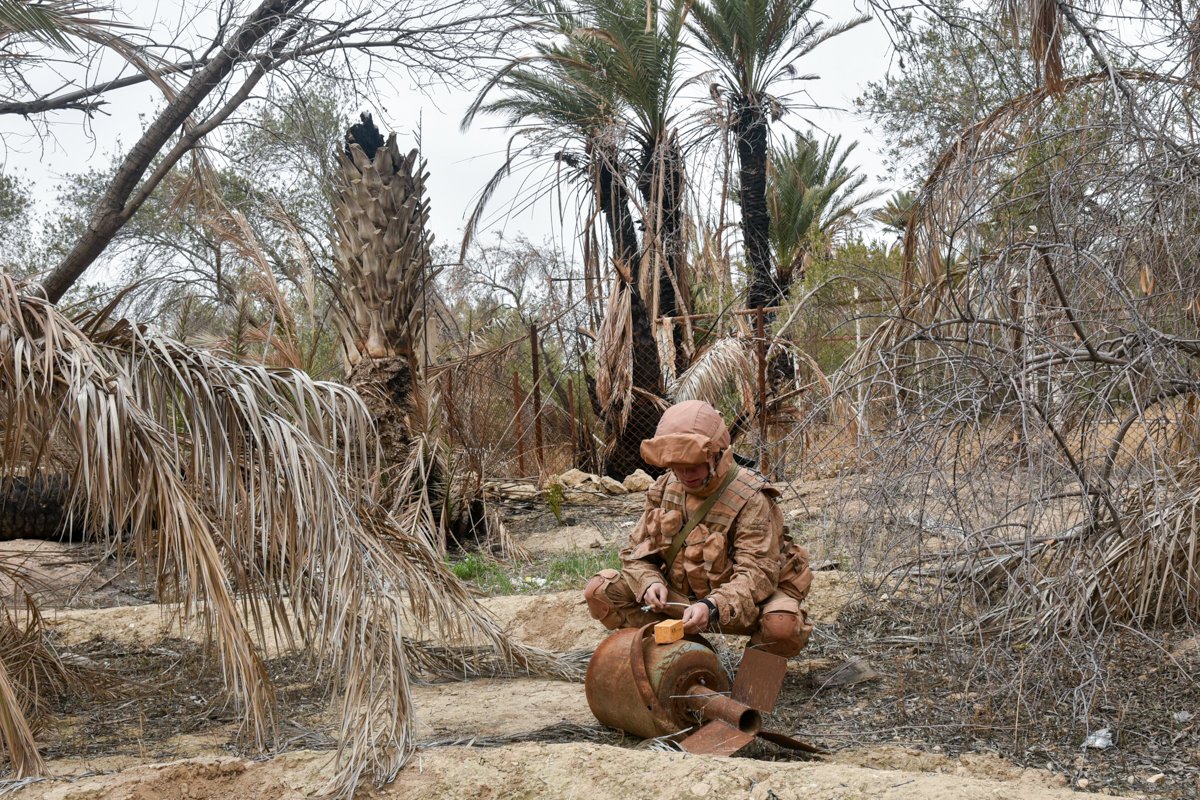 They are going to Deir Haffer now .

When do u think jirah airbase will be liberated?

They are getting lots of hands-on experience! :)

For sure not a job I would care for! But they are very well trained with good tech (I like the robot mine clearing vehicles) It is reported that Deir Haffer is full of mines and bobby traps. This is why it is still not occupied by SAA.

That may be seen as a positive thing in Deir Haffer, gives SAA a little break till they move further south.Lets see how well diplomacy is amongst the two major players when SAA reaches Raqqah border.

that 4th picture with the dog on the leash and the 4 servicemen made me think there was a Pizza laying on the ground near where the dog was sniffing. I immediately became hungry and ordered some delivery.