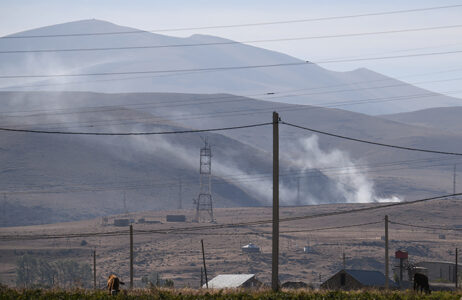 Since the morning of September 14, the situation on the Armenian-Azerbaijani border has been heating up again.

The Azerbaijani Defense Ministry, accused the Armenian Armed Forces of shelling the Azerbaijani military positions in the Kalbajar district and stated that the army units “are taking retaliatory measures.”

On the other hand, the Armenian Defense Ministry reported a major escalation on the border with Azerbaijan. Shelling was reported  in the area of the Sotk—Goris border.

Armenian Ombudsman Kristine Grigoryan said that at least 2.5 thousand people were evacuated from the border areas due to shelling. As of Wednesday four civilians were wounded.

Yerevan acknowledged deaths of at least 49 Armenian servicemen in the recent escalation. In turn, Baku claimed that it was ready to unilaterally hand over to Armenia up to 100 bodies of the Armenian servicemen who died as a result of the conflict on the border on September 12-13, the statement of the Azerbaijani State Commission for Prisoners of War, Hostages and Missing Citizens says.

Armenian Defense Ministry spokesman Aram Torosyan claimed that the Russian vehicles of the Federal Security Service (FSB) came under Azerbaijani fire near the village of Verin Shorzha in the Gegharkunik region of Armenia. They were reportedly carrying out a humanitarian mission. The Azerbaijani Defense Ministry has rejected accusations of firing on a vehicle of the FSB of the Russian Federation.

According to some unconfirmed reports spread on the social media, the target of the artillery of the Azerbaijani Armed Forces was the permanent deployment point of the Russia’s Border Service of the FSB in the Armenian Gegharkunik region. 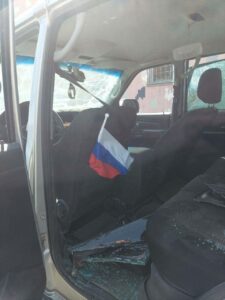 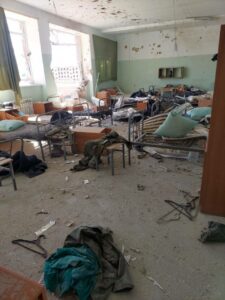 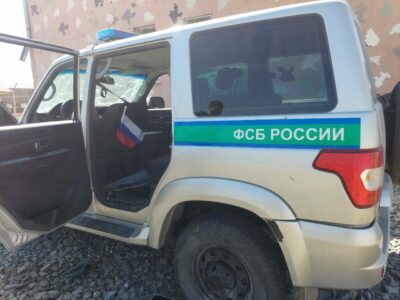 The reports are yet to be confirmed.

I think we have to start to admit that Russia may lose this special military operation on Ukraine.

We hope not. Just as the USA would not allow Red China into Mexico militarily, the Russian issue with Ukrainian is more pronounced. A pending defeat would mean a nuclear response. Just remember the Cuban missile crises and how close the US was to using her Nuclear deterrent.

The pussy Kremlin won’t even blow up bridges or supply lines. Putin wants Russia to have a humanitarian reputation. Soon Russia won’t even exist thanks to such ridiculous leadership.

Everyone was saying same things when Russia entered Syria. Oh blow turks up for shooting down plane, don’t allow the jihadi to go to Idleb. Russia is playing for long term, now imagine if RUs and Turkey had war instead of business and looks like Erdo is going to normalize with Assad and everyone wants US out of Syria and ME. Sure Turkey relation is not perfect but way better than if Putin would have bombed Turkey instead imposing sanctions.

Your brain is not able to understand the game of Russia in Ukraine, even your rulers do not understand what is happening. And that’s why you need to shut up and watch, maybe then you’ll get a little smarter!

I understand what is happening. The same thing that has been happening for over a hundred years. The Russians are retreating and the West is expanding.

No one takes Russia seriously anymore. Azeris are ready to wipe out Russian bases in Armenia if necessary. And Putin will do nothing

Yes
Reply to  The dream

Borat
Reply to  The dream

that will be a huge mistake from azeris. russia can send 2 missles and put the trans anatolian pipeline out o order and will fuck both EU, turkey and azeris.

Russia COULD do a lot of things, but Russia does nothing so there isn’t really anything to fear. Russia is like an army of disciplined lions led by a timid lamb – Sure the lions COULD do a lot of damage, but if no orders given they are as good as a pile of logs.

could should be enough since the lamb can be eaten by the lions anytime if they don’t like it anymore. then what?

Puerto Surfer
Reply to  The dream

You really want that for the Azeri? Let”s see what Russia does in such a case. I am just saying a few hypersonic misses into Azeri Oil infrastructure would help cut off Europe from an alternative oil supply. Very tempting. Please do not poke the Bear.

In your dreams. In any case we fuck them if that happens.

The reality is what you see on the ground. In Israel we have a saying, no target goes unpunished. The Russians understand this and will run away soon. Or else we will unleash ourselves upon them, like we have so far refrained.

dude israel cannot even win vs gaza aka hamas why u talk?

The American Reich has told them to open a second front against Russia.

Yes there was the Armenia + Azeri + Us meeting in usa about a month ago. Padishian is such a piece of crap that he would use Russia friendship to arm Russia

And Russia can’t do anything about it. Go cry somewhere terrorist. The pain is near.

Dream on and cope 🦾🇮🇱 We bring the pain!

But that is what your own prophecy says. You don’t believe in that book. What kind of a child killer are you?

jew talking when his family got gased by germans , russians came to help ur ugly big nose jewish ass

Talk more and I will personally F you with a bullet

The zionist parasites will ignite wars so what everywere. Because in 10 days the mediterranean will be on fire and Russia and Iran will be bussy on there borders. Hopeful Libanon has missil stocks to kill the yankee and nato ships in the mediteranean. And the Palestinian resistence can ignite a swarm off missils on tel aviv, haifa ben gurion and all parasite bases . May the resistence be victory !!!

System of a Down

How many soldiers does Russia have in Azerbaijan and do they have permission to shoot or are they in some kind of “blue helmet” situation with their hands tied behind their backs.

Borat
Reply to  System of a Down

probably they can shoot to defend only.

No they can die instead.

bro are jews running to shelters everyday by rockets from hamas?ahhaha how is life bro must be hard

Well Iran is ready to attack Azerbaijan.. Rusia is becoming a mark for everyone if they don’t pick up the pace…

No target will go unpunished. The Russian traitors need to get out of the way. Our determination is strong, we will conquer them together.

jews got gased by germany. the russians came to help big nose jewish ass and now u talk bad? first of all win vs gaza then talk

Tell Iran that if they have any use for the Azeris.

If yes than they should make them stop this madness.

If not then russia should show the world what they do a non brothercountry that pisses them off.

No brothers in that country that you want to spare.

Indeed thats the excuse the Nazis used to invade Poland in 1939,its an old game,they said Poland had attacked Germany,after the Nazis dressed some concentration camp inmates in Polish uniforms then killed them,then they dumped the bodies just inside the German side of the border.

No one respects Russia anymore because Putin is such a unbelievable twat.

Rusia is fighting alone against different countries in Ukrainistan, not just UkraNazis, and Russia is still winning, that is how strong Rusia is.. Rusia is not using all its forces against the Nato back Nazis, that is how strong Rusia is. Putin is holding back, who knows why, but imagine if he would unleash all Rusia’s might! With a limited number of soldiers and Rusia is beating the gender neutral faggots from NATO.. If you need more evidence of Rusia strength let me know…