The S-300 and S-400 anti-aircraft missile systems, located in the Southern Military District, have been moved to new locations in other Russian regions 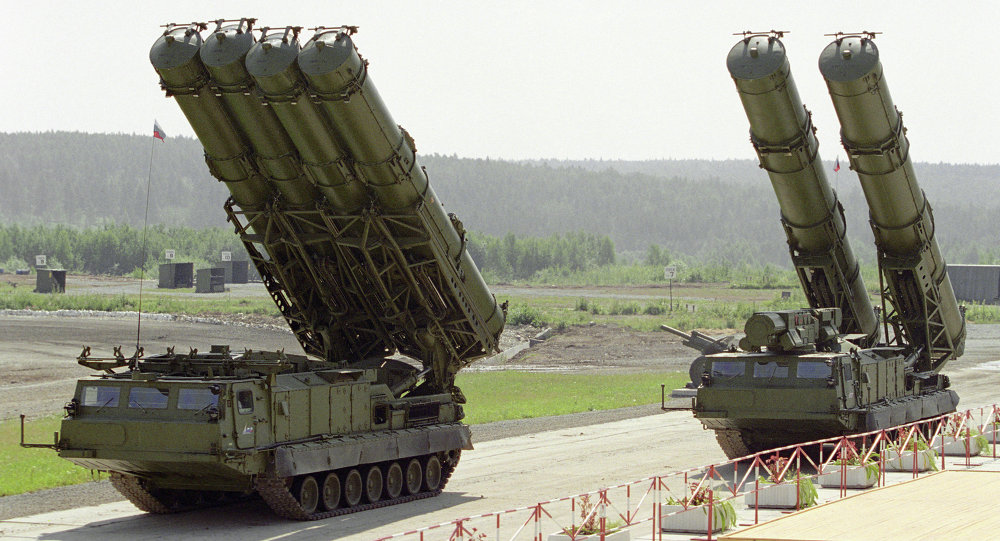 The check on the combat readiness of the Russian Armed Forces has been continued with the moving of the crews of radar locators and the S-300 and S-400 anti-aircraft missile systems, located in the Southern Military District, to new locations in other regions, the RIA Novosti news agency reported, citing the Department of Information and Mass Communications of the Russian Defense Ministry.

“After the arrival at new positions, the crews of radar locators and the S-300 and S-400 anti-aircraft missile systems will begin deployment and conducting maintenance of the military hardware, as well as will intercede on a combat duty,” the source said.

According to the Institute for the Study of War (ISW), Russia has established large anti-access/area-denial (A2AD) exclusion zones and altered the security balance in the Black Sea, Eastern Mediterranean and Middle East. ISW experts noticed that the country deployed the S-400 air defense system to Crimea in August 2016 and to Syria in November 2015, creating A2AD “bubbles” that prevent Russia’s opponents from establishing air supremacy in strategically significant theaters. According to the ISW, northern Poland, much of Ukraine and the Black Sea, the Baltic States, Syria and parts of Turkey fall under Russian A2AD bubbles. 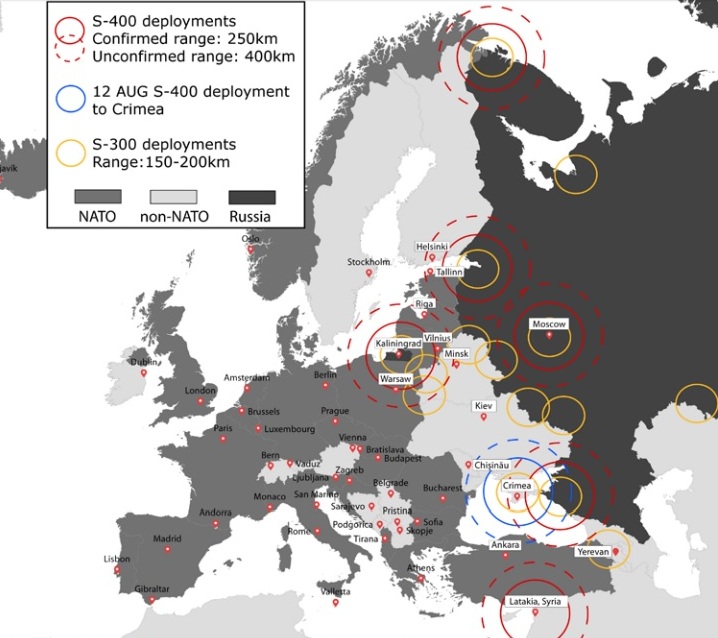 Notice how that Russian S-400 system is deployed right their on that Norwegian border where that very bad firefight broke out between 5-UK-SAS troops / 5 Norwegian Special forces troops and 5 Finnish troops vs 30 Russian troops on August 14th/15 of 2012. NATO and their Finish friends were planing sensors on the border with Russia in violation of friendly border policies with Russia, plus for 4 years SAS stationed in Northern Norway were flying a cloaked UAV-Predator drone over Russian airspace in violation. Russia did not know. Where the SAS were fixing to get out of service, they had to take off their cloaking off of it. It was an all electric Predator version they made themselves. When they took off the cloaking abilities, then they only flew it “near” the Russian border for the last few months. Then the Russians detected it. Then the Russians sent a forces to intercept the ground NATO forces working on the sensors, which also aide some Mi6 agents who would cross the border region illegally. In the end, on August the 14th/15th 2012, 5 Finnish solders died, 5 Norwegian solders died, the 5 SAS were wounded. More then 15 Russian solders also died. One Russian was captured by additional SAS who flew in on helicopters hours later. The remaining Russia’s made it back across the border into Russia. I do not know what happened to the Russia captured after he was taken back to a Norwegian base. It is safe to say at the very least his skin was peeled off of his hands. This is a typical way Mi6 interrogates people in their so called (secret war). And yes that is torturer.

The world will know, for their is proof. Not only does the Russian government know about this. But 5 Finish families would have had services that week or the next for fallen solders. 5 Norwegian family would have also had services for family members in the service that or the very next week. And at least family’s of at least 15 fallen Russian solder family would have also had services that very same or following week. (And of course the family’s are not told where this happened to their loved ones. But I just filled in the blank for these family’s to at least know what happened to their loved ones.) All senseless deaths in the name if Atheist-NATO-supremacist and Mi6 conquering Earth for Lucifer and his faults Prophet. Also, others know this went down in all four militaries involved. Over time I pry others will come forward. By doing so we help advert a real war. We stick to the truth as Christ tell’s us to. And we hinder Mi6’s ability to push Europeans into another stupid war against Christian-Russia. Mi6 was fully responsible as was the Norwegian government for this incident which costed the good of those who died on both sides.

Sources? Comments like this only have a point if they can be verified. Otherwise it’s another Jackanory.

Was that the Klingon or Romulan cloaking device enhanced electro drive super-duper secret predator like but not really a predator predator. Do your parents feed you drugs or are you clinical?

someone needs to fix that map

not at all. the ignorance you show is again at the “ridiculous” level. Btw, if and when these radars emit, it’s half second prior to the missile exploding into the US/UK/Norway/Israel jet cockpit. Meanwhile, the kikes space program gets another setback with spacex rocket exploding on the launchpad. Good job with those engines.