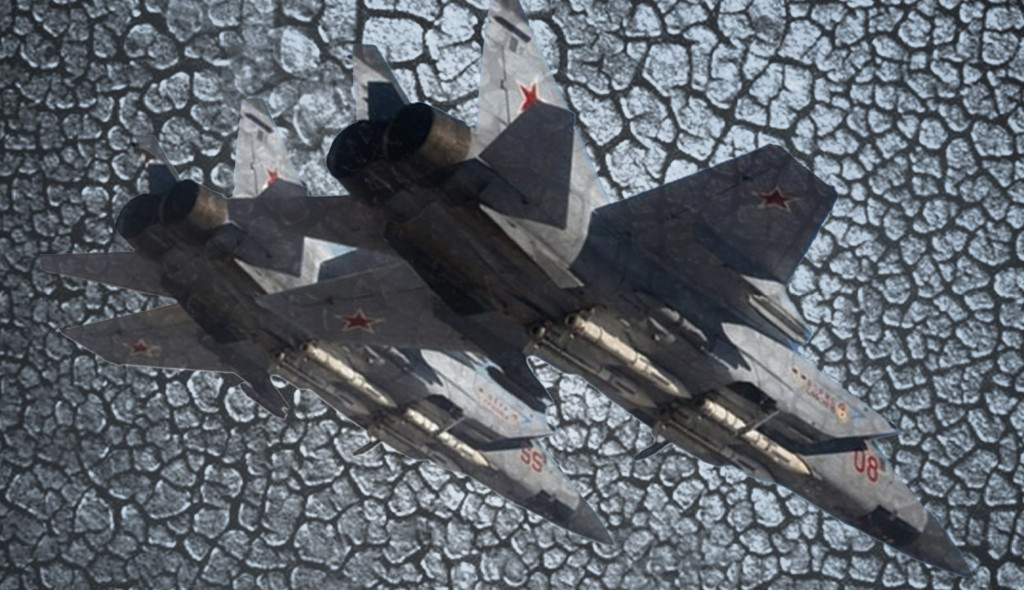 According to the Defense Ministry, Russian warplanes carried out more than 40 incursions and airstrikes over positions held by terrorists in support to the land offensive of Syrian troops and people’s defense militias in Palmira.

On Thursday, Syrian troops land-supported by members of the Lebanese Hezbollah militia, Russian Special Forces altogether with the Russian Air Forces entered to Palmira, venue that had been under total control of Daesh for almost a year.

As a result of the offensive of Russian warplanes, 146 objectives under control of terrorist groups, mainly Daesh, have been pounded in the last days in the surroundings of the ancient venue, in Homs province.

The report also states that this last week the number of violations to the ceasefire implemented on February 27th increased due to offenses perpetrated by groups linked to Al-Nusra Front.

Damascus authorities and the Russian Center of Control of the Armistice based in Khmeimim, in Latakia province, have claimed that in general terms the ceasefire is being carried out.

However, Kuralenko informed that during the week, there was a clear increase in the provocations coming from positions under control of the Al-Nusra front, armed faction of Al-Qaeda in Syria, group included in the United Nations Security Council catalogue of terrorist organizations.

The official also stated that warplanes of the Russian Air Forces, taking part in the anti-terrorist operations in Syria are not striking positions of the armed opposition groups which are encompassed in the ceasefire treaty.

The Russian Center of Control of the Armistice, citing Kuralenko, will continue with its permanent monitoring regime of the fulfillment of the ceasefire agreement signed between the Syrian troops and the armed opposition brigades. In general, the truce prevails, the Russian official assured.

Sergei Ryabkov, the Deputy Foreign Minister of the Russian Federation agreed with such assessment, while discrediting arguments that claim a significant deterioration of the situation in Syria.

In Russia we consider that the ceasefire regime is being fulfilled in general terms and there are not valid arguments to declare a worsening or deterioration of the Syrian scenario, Ryabkov added.

The number of towns whose chiefs signed the armistice ascended to 51 till Friday, according to the Russian Center located in Khmeimim. The cited towns belong mainly to Aleppo, Damascus, Deraa, Latakia and Hama provinces.

It must be said that, besides the Russian warplanes, there are divisions of the Russian Special Forces operating in Syria. These units are in charge of recognition tasks like exploring the different facilities before the Air Forces carry out their strikes, they also orientate helicopters towards their objectives in distant locations and solve other special missions as well. According to declarations of Alexander Dvornikov, commander of the Russian Forces in Syria, these special units can also direct and take part of operations when required.