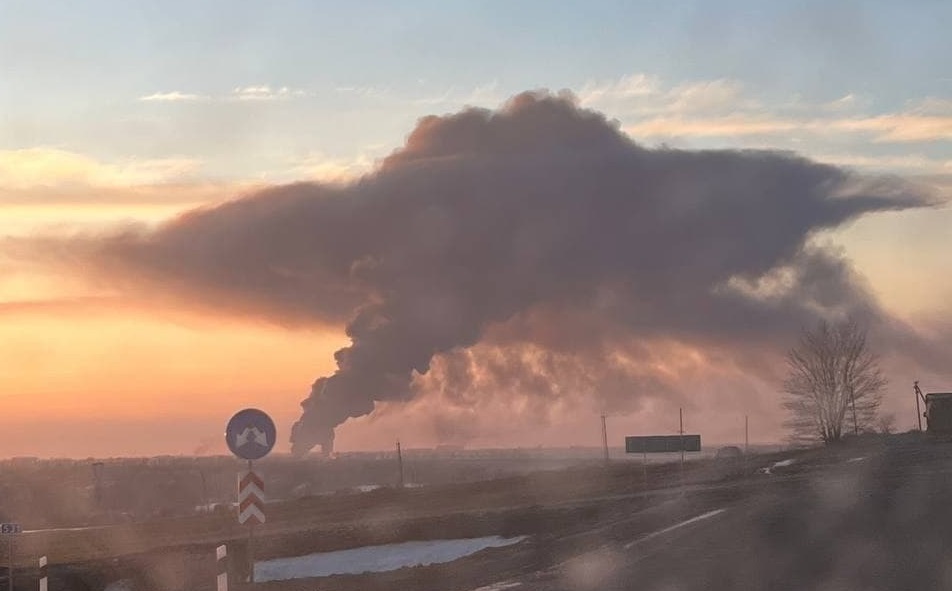 After years of tolerating violence and bullying by Kiev regime, Moscow decided to retaliate vigorously. On February 24, 2022, a special operation to enforce peace in Ukraine was launched.

Before that, the Kiev regime was given a week to stop a new wave of aggression against civilians in the DPR, LPR.

The Russian Army began to retaliate along the entire front line.

Warehouses of the 92nd Brigade of the AFU explode in Kharkiv

Explosions are recorded at Boryspil airport (Kiev), which the day before received many planes with military aid from NATO countries.

Access to the maritime borders of the Black Sea and the Sea of Azov was blocked. A Russian amphibious assault was launched near Odessa from a tanker and helicopter aviation.

All Ukrainian naval forces are destroyed or rendered unusable.

I’m pretty shocked to be honest, I didn’t think Putin would go all in like this. I hope the Ukrainian Junta realize they have no chance and just agree to stand-down. It’s the best-case scenario right now.

Haven’t heard of any civilian casualties, hoping it stays that way.

Ukraine, in the end, will be smaller and will be ruled by a radical party and kick the pro-US lobby out.

Same here. Didn’t expect him to go all out. NATO was warned time and time again.

Well thats the miscalculation the Empire made,Putin called their bluff when his red line was crossed.

In one night, the Ukrainian fascists and their masters were destroyed! Good luck, Russia

As the historical saying (western saying) goes: Russians take a long time to saddle the horse, but they are riding fast…

It is time for Putin to checkmate on Nato and the US in Ukraine.

It is coming. Whait for what is unfolding in Syria with US forces and Turkish invaders.

I am afraid that in Syria Turkey may invade and share Syria with Iran.

Looks like all of the nifty military hardware that was generously donated to the junta has transitioned into a new phase of material existence (that being vapor, of course).

I have always wanted to see the Oekraïne. What a mess!!!!

Lets’ see all the Ukie nazis run to the Israhelli embassy now looking for political asylum!!!

There’s probably no one there to open the door.

Sticking to their genetics, they probably have some pushcart embassy in Odessa!!!

In Israël they are as welcome like syfilis in a brothel!

Viva Russia. Clean up the nazi shit. Get the Eastern part of U free of nazi scum. Catch all these ukie garbage, trial them and get rid of western ukie

Good luck Russia! Kick some a$$!

Nooo! What did they do my BAYREKTUM. It was spinnin down like my ANUS. It hurts soo much rigfht now. 😖 Toorky will be finished next pls halp us😭

You go along nicely and nothing will happen. Turkey is not that bad country. Erdo should stop f**king around playing sides. That is his biggest problem. He is a backstabber. Drones are not super-weapons. They are expensive murder-weapons mostly used by fascist USA against people who are rather defenseless.

What idiotic trolls we have here in the comments. Their pathetic mind can’t even access the situation.

This makes me happy. All foreign aggressors found in Ukraine should be sent home with a bloody broken nose and those that have kill a Russian should never see their home again. Signed a US Vet

Stupid punks! They have been playing with fire for far too long.

This is what great powers do when they are existentially threatened.

Think Russia and china should put sanctions on united state