On April 14, the UN Security Council failed to adopt a Russian-drafted resolution aimed at condemning the attack on Syria by the US, the UK and France, according to Reuters news agency.

Reuterss said that only Russia, China and Bolivia had voted in favor of the Russian resolution, while it needed at least six other votes to pass.

The US, UK and France launched more than a 100 cruise missiles on different positions of the Syrian Arab Army (SAA) in Damascus and Homs governorate during the early hours of April 14. However, the Syrian Arab Air Defense Forces (SyAADF) were able to shot down most of the missiles, according to the Ministry of Defense of Russia.

During the UN Security Council session, Russian ambassador to the UN Vasily Nebenzya condemned the attack on Syria and said that the actions by the US and its allies are leading to deterioration of the humanitarian situation in the war torn country. Nebenzya also accused the US of damaging the Syrian peace process.

“Your [US, UK and France] aggression is a major threat to the possibility of continuing the political process under the UN auspices … scientific facilities in Syria are used only for peaceful activity which is aimed at enhancing effectiveness of economic activity in Syria,” the Russian news outlet Sputnik quoted Nebenzya as saying during the UN Security Council meeting.

From its side, US Ambassador to the UN Nikki Haley said that the strike on Syria had been “justified, legitimate, and proportionate”. The US Ambassador also threatened that the US is “locked and loaded” and will response to any chemical attack in the future in a similar fashion.

Haley’s statements clearly indicate that the US and its allies are still not willing to give up on the “Syrian chemical weapons” narrative. According to experts, the UN failure to condiment these acts will only encourage the US and its allies to continue their violation of the international law.

Look the idea that the UN is some sort of world court acting in an
impartial way is a nonsense. The only lesson to be draw for this is
for those who try to invoke world opinion as some sort of anti
western counterbalance. All that could be mustered is one vote from
Bolivia ,all the rest are kept pets.

Not so easy: this attack has a cost of at 150 000 000 $. So without of doctrinal justification people of this countries may retaliate against taxes.

Yep and to be paid for with credit from Russia, China and others using the US dollar as a reserve currency. If the Empire or it’s taxpayers had to pay for it with their own money, all of these war crimes all over the world wouldn’t be possible. Essentially, the people being bombed and country’s destroyed provide credit to the US to do these things.

Yes, you have it partially right. The war on Russia started when Putin publicly stated to “dump the dollar ” And it’s not just talk, it’s happening. Russia, China, Iran and Venezuela have established a oil market, without using the petrodollar. Any other country that tried this has been destroyed, Iraq, Libya. It would be a good time for China + Russia to = 1 . Why be destroyed separately ?

Agreed with most of it. The only thing I disagree with is when Russia has been a target for destruction by the ‘west’. Aside from a short time in the ’90s when the ‘west’ thought it could just rob Russia blind and leave it a failed state, it has always sought to destroy it.

Your Right. America must be first in everything, no matter how.
Russia for a country half the size excels, in space, sports, engineering. USA sees that as a riff in controlling the world. Now they come to the rescue in Syria. America, right this second is contemplating their next dirty trick. Putin lost nothing yesterday. We are all still here today. May have been another story if Russia sank ships. Their has to be a adult in the room.

“May have been another story if Russia sank ships”

Could have shot down a British plane as a warning not to escalate further. Anyway, everyone keeps stating things along the lines where they think there’s some rational thought process going on in the US leadership. Apparently most folk, including the Russian leadership, fail to comprehend not just bullying behavior, but bullying combined with psychopathic behavior. Each escalatory assault on Syria without a forceful Russian response only confirms to the psychos what they believed in the first place, that Russia is afraid of the US and will never respond. That’s why with each false flag, the aggression gets bolder.

Yes, Russia should have brought in all their best anti-aircraft equipment. Declare a “no fly zone ” nation wide. It just drives me nuts, when Russia uses the word “Partners”. America killed millions since WWII and proud of it. But they liberated countries, by slaughter. They need Syria for pipelines to Europe and stop Russian gas sales. Not that it will help anyone in Syria.

is it so..? then why do Russia still selling its energies in toilet papers/rolls.. lol..!

I think they already are 1 – just not on paper

We all knew that that resolution would never pass in the UNSC. The UNSC going to pass a resolution against three of the countries that have veto power? Not in a million years. This was just for show.

I agree it’s just for show and the resolution would have been vetoed.
But there are 15 members. Why was it that only Bolivia had the
honesty to stand on principle. This is not a question as we all know
most countries in the world like to suck up to the us. I only make
this point as often I read comments about the us being isolated or
somehow disapproved of by the ‘international community’. To this I
say rubbish, the international community is brought and paid for.

In a million, UN will not exist.

It exists in name only now.

A waste of time not worth a line of newspaper or Internet print. Russia responded to this terrorist attack from the ‘west’ with harsh language….. I’m impressed…… NOT!!! Next time, the aggression will be worse, that’s how it is with bullys and psychos that you don’t put in their place early on.

The problem with the UNSC is the NATO Jew 3 of the US, France and the UK.

This is the problem: 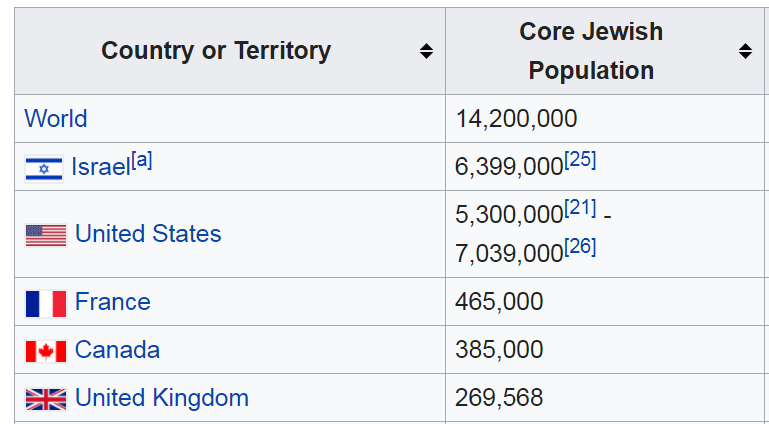 Russia and China should join Non-Aligned Movement. All Non-aligned countries should leave UN that is a waste of time and money as long as is under dictatorship by US-Uk and France. 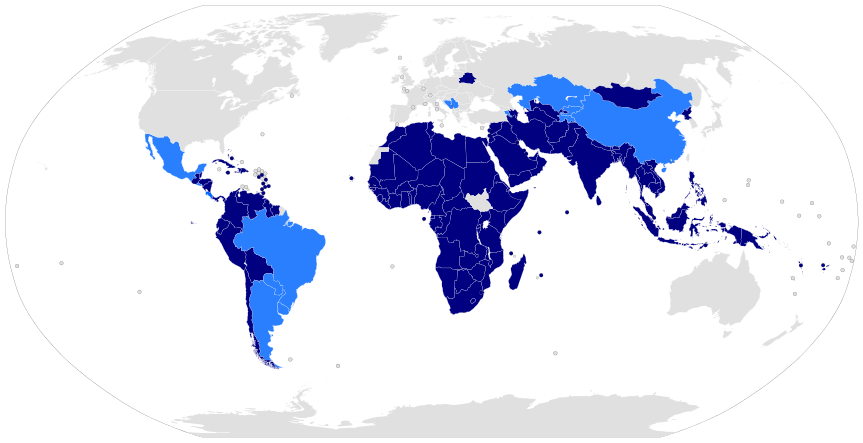 Thank God for the Law of unintended consequences. In case of the Neocon rape of Syria west is unintentionally creating a brand new Arab nationalist icon in the shape of Bashar Assad. Don’t think the original plan was to have a secular Arab politician fight back successfully for 7 years and live to talk about it, while increasing his popularity both home and abroad. And I’m quite sure they never planned to piss Putin off so much so that he gears up an Arab country enough to pose a threat to Zios again after 50 years. This must be a MOAB – Mother Of All Blowbacks. Nice work Bolton for a first week on the job…

One nice result of this attack is the possibility of introducing S-300 into SAA’s arsenal, which should put an end to Israeli bombing raids and protect forces as they move to reclaim stolen parts of their territory.

Permanent members of the security council should have independent policies and interests. Those who obey and follow their master on every single matter like dogs should be banned.

Her name is not ‘Haley’. It’s ‘Randhawa’. And she’s not an American (and should hang for pretending to be one).

what good will these resolutions to do? only thing zionists understand is force, deception, trickery, etc

You may be right. But regardless of the organisation it is necessary to get the Anglo-zionist empire around a table. It doesn’t mean that much can be achieved by discussion alone, but it has to continue even if it is a complete farce most of the time. Official records are kept and they keep mounting. Even the record of the empire breaking its own “international law”. But I think there is room for other organisations, not under UN umbrella, that have more localised character. They might represent the true voice of regions better – as long as they are not hijacked by the zionists straight away.

What Russia try to reach or show from this? Now UN is full bias, hollow, and near failed organization. They already try to pass resolution before US attack and failed, West are ignoring any international law and yet Russia still play according textbook? Come on.

This shows that NO member of the UN is safe from attack, so why even be a member?

Look at all of this Jihadi and Russian butt-hurt…………hahhhhhaah.

Who cares, it’s bull$#!+ propaganda from Russia. I don’t want to hear anything about Russia. Imagine them selling S400 to enemies of their allies then as in the case if Iran withholding and then selling compromised S300 to them, and in the case of Syria refusing to sell them S300 to appease the west and Israel while they batter it into the ground. Russia is shameless.

Southfront is not neutral. It’s a propaganda mouthpiece. It keeps shamelessly editing out comments that is not in line with the propaganda it’s trying to push. I’ll let the world know on other social media forums.

The MSM is not neutral. It shamelessly edits out comments not in line with the propaganda its trying to push. Well, there you have it – some balance in reporting then, innit? Don’t be an idiot.

I no native speaking English but I suggest to write “Passed” instead of “Pacced” in the title of this paper.

They should get a spell-check machine. Passed, not pacced.

How in the world Russia thinks that this resolution could pass ? I ma sure Russia new it, but Russia just wanted to put an statement that Russia is not agree with USA-NATO behavior. As usual, to a military action of USA-NATO-israel follows a complain (bla bla bla…) of Russia. Is it possible for Russia to stop military USA-NATO-Israel without initiate WWIII ?, hummm, because of the psychotics behavior of USA-NATO-Israel, it looks like that this is not possible.