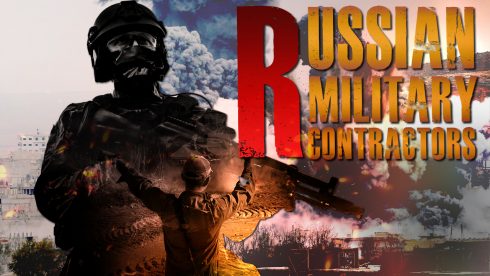 One of the important topics for discussion on the UN General Assembly was the situation in Mali, where local authorities were left alone with the terrorist threat after France’s decision to end Operation Barkhan and withdraw its troops.

The Malian authorities have turned to Russia, one of Paris ‘ main competitors in Africa.

On September 25th, Russian Foreign Minister Sergey Lavrov confirmed that Mali had addressed one of the Russian private military companies to assist in the fight against terrorism, noting that the Russian government has nothing to do with this issue.

“They appealed to a private military company from Russia due to the fact that, as I understand it, France wants to significantly reduce its military contingent, which was there and, as everyone understood, had to fight against terrorists,” Lavrov said.

Russian Foreign Minister concluded that the French military in Mali “did not succeed and the terrorists still run the show there.” Lavrov clarified that the Malian authorities had assessed their own abilities in the fight against terrorism as insufficient and had decided to turn to the Russian PMCs on legal grounds.

Denying Kremlin’s involvement in the links between the Malian officials and the PMCs, Lavrov added that Moscow also provided state support to Mali in ensuring its defense capability. In particular, it supplies military-technical equipment and participates in peacekeeping missions within the framework of the UN Security Council.

In one of his speeches, Lavrov stressed out the indecent rhetoric of the EU officials on the African issue.

“… as Josep Borrel told me: “You’d better not work in Africa at all, this is our place.” That’s exactly what he said. It would be better to synchronize the actions of both the European Union and Russia in the fight against terrorism in the Sahara-Sahel region. And to say: “I am the first here, so you leave” is, firstly, insulting to the government in Bamako, which invited external partners, and secondly, it is impossible to talk to anyone in this way, ” Lavrov concluded. 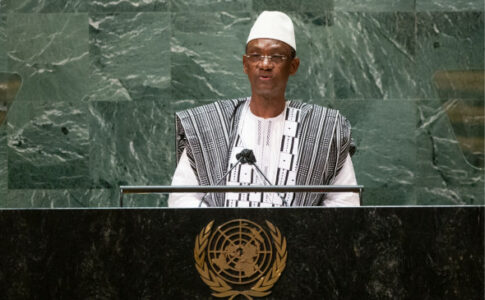 In his turn, Malian Prime Minister Kokalla Maiga confirmed that France had forced Mali to ” fill the void ” in fighting with terrorists after the withdrawal of its troops.

He stressed out that France had made a unilateral decision without the consent of the UN and the Malian authorities. His country has no choice, and now it is on thin ice, according to the prime minister.

“Mali regrets that the principle of consultation and coordination, which should be the rule between privileged partners, was not observed before the decision was made by the French government,” the Prime Minister added.

Paris has already threatened Moscow with “serious consequences” if the “Wagner Group” is deployed in the African country.

On the eve of the 76th session of the UN General Assembly, Minister of Europe and Foreign Affairs Jean-Yves Le Drian held a meeting with his Russian counterpart Sergey Lavrov, where, in addition to Mali, they discussed a number of topics related to international crises, in particular in Afghanistan, Libya and Ukraine, as well as the Iranian issue. 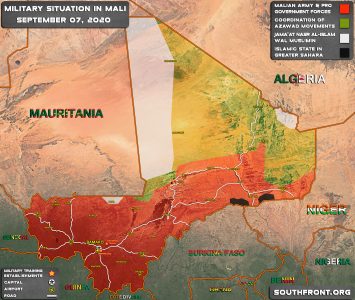 During negotiations with her counterpart from the Malian transitional government, French Defense Minister Florence Parly threatened Bamako with international isolation in case of their cooperation with the Russian PMCs.

French troops have been fighting terrorism in Mali since 2013, when France launched a military operation in the north of the country at the request of the Malian authorities. They were fighting against the Tuareg tribes and the Al-Qaeda-linked groups. In 2014, the operations’ zone was extended to Burkina Faso, Mauritania, Niger and Chad. The Barkhan Operation was launched. 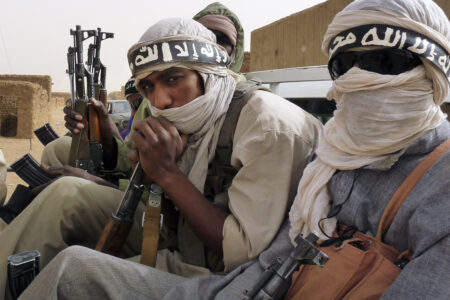 Militiaman from the Ansar Dine Islamic group, who said they had come from Niger and Mauritania, ride on a vehicle at Kidal in northeastern Mali, June 16, 2012.

Following the military coups in the country, the last of which took place in May, French President Emmanuel Macron announced that France was ending Operation Barkhan in the African Sahel. Instead of the French troops, an international alliance that will include the states of the region should be created.

Taking into account the ineffectiveness of long-term fight against terrorism in the Africa’s Sahel, there is no surprise that local authorities are asking Russian PMCs for help, as they have already proven their viability in training of local forces and protecting the authorities in several African countries.

It is for this reason that the authorities of Equatorial Guinea recently also turned to the Russian PMCs for help, but to no avail.

They might have appeals to a private military contractors for help but If I was the Russian,I will be in standby to help them with interligence and saterlite images.

Russian mercenary (as the left hand of Russian state) are going to help military junta which grabbed power by coup this year,

Russia and China are moving into Central African nations. The french imbeciles will lose their scam system of exploitation of resources and taxation.