Russia has data showing the Ankara’s financial interest on oil from ISIS. 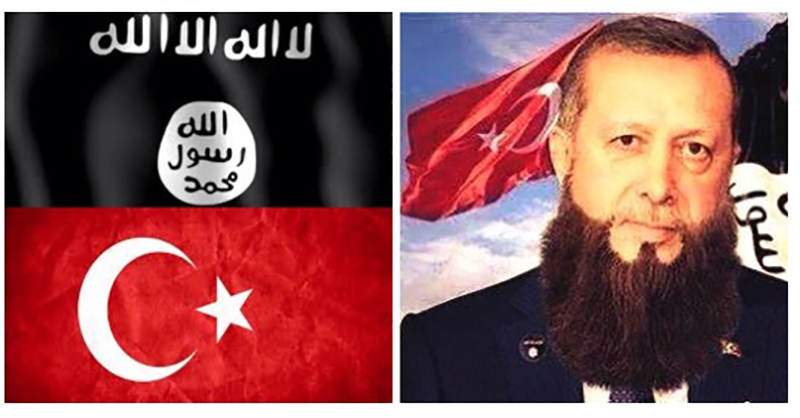 Dmitry Medvedev commented on the incident with the downing of the Russian jet, saying that some Turkish officials have ‘’direct financial interest’’ in oil trade with the Islamic State. He commented on that while explaining the possible Russian retaliation to Turkey’s downing of a Russian warplane in Syria on Tuesday.

Medvedev added that Turkey’s actions are protective actions towards the Islamic State. ‘’ This is no surprise, considering the information we have about direct financial interest of some Turkish officials relating to the supply of oil products refined by plants controlled by ISIS.”

“The reckless and criminal actions of the Turkish authorities… have caused a dangerous escalation of relations between Russia and NATO, which cannot be justified by any interest, including protection of state borders,” Medvedev said.

The consequences of the jet downing according to Medvedev could lead to canceling important projects with Turkey which Russia is already taking under consideration. Russia also recommended its citizens not to go to Turkey since there is a threat of terroristic attacks. This resulted in the withdrawal of a few tours to Turkey from the market.
Another consequence that might appear is the delay or canceling the pipeline project which was about to turn Turkey into a major transit country for Russian natural gas to Europe, and the construction of Turkey’s first nuclear power plant.

“ISIS is a reality and we have to accept that we cannot eradicate a well-organized and popular establishment such as the Islamic State; therefore I urge my western colleagues to revise their mindset about Islamic political currents, put aside their cynical mentalité and thwart Vladimir Putin’s plans to crush Syrian Islamist revolutionaries,” Anadolu News Agency quoted Mr. Fidan as saying on Sunday.