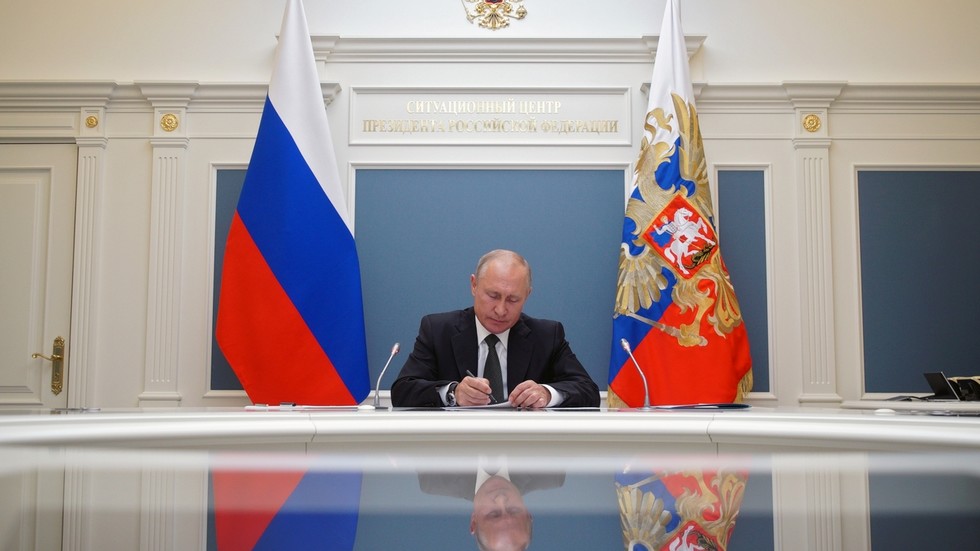 During a meeting on a situation in Nagorno-Karabakh, Putin said the deployment of 15th brigade in the region made it possible to stop the bloodshed as well as to demine the roads and restore communications.

“The Russians [peacekeepers] effectively control the ceasefire, the situation in the region is calm,” Putin said during the meeting, which was held on November20, according to Vesti.ru.

A Russian-brokered peace deal, that was announced on November 9, put an end to a heated battle between Armenia and Azerbaijan in Nagorno-Karabakh.

The Russian President stressed that the settlement of the Nagorno-Karabakh conflict is of a special importance for Russia.

“For us, for Russia, conflicts of this kind and their settlement are of particular value and special significance, play a special role,” the President said.

Putin added that humanitarian efforts should benefit both the Armenia and Azerbaijan. He then went on to emphasize the importance of protecting historical monuments and religious sites of of both Armenians and Azerbaijanis.

“I believe that UNESCO’s involvement is in great demand here,” Putin said. “We also count on UNICEF’s help to children and adolescents who are especially vulnerable to the horrors of military conflicts.”

Russian called on Russian peacekeepers to establish contact with Armenians and Azerbaijanis in Karabakh in order to prevent conflicts on domestic grounds.

V. Putin stressed out that the Russian interagency delegations will travel to Baku and Yerevan to discuss the most pressing issues of the implementation of the trilateral agreements on Karabakh.

Meanwhile, the Director of the Federal Security Service (FSB) Alexander Bortnikov claimed that additional units of the Border service of the FSB of Russia will be located on the border with Armenia and Azerbaijan.

Both Armenia and Azerbaijan are showing commitment to the Russian-brokered peace deal, that’s being implemented without any major delays. Russian peacekeepers in Nagorno-Karabakh are monitoring the process.

Dry up your salty tears Pimpeo ?

Look at the bright side of life,it can always revert ideology so to try to save democracy?

Putin sums up the results: More gold and oil for Russia in Nagorno-Karabakh, and not a single dime to an innocent American.