“The personnel on watch for anti-submarine and anti-sabotage defense of the cruiser Marshal Ustinov and the large anti-submarine warfare ship Severomorsk fired grenade launchers to prevent an attack by a group of a notional enemy’s underwater sabotage forces and weapons on the warships and vessels,” Captain 1st Rank Vadim Serga said, according to the Russian news agency TASS.

According to some experts, the naval build up in the Mediterranean Sea is likely a warning to Washington and its allies, which are reportedly planning to carry out a new strike on facilities of the Damascus government.

Yesterday were 17 russian warships in Syrian waters, there was also a meeting, in Moscow, between the Chinese and Russian chiefs of the military general staffs, exercices of the russian army with about 300,000 men are also planned. This isn’t just a warning, is also a preparation for the worst, if it will come: an full scale western imperialist agression.

The U.S. / Israel, French/British alliance might control the skies, before Russian electronic countermeasures and satellite scrambling technology take hold, probably on day one. But the ground in the region belongs to the Axis of Resistance, if you may, Syrian Arab Army and auxiliaries , NDF, Hezbollah, Iraqi PMU’s, Iraqi Hezbollah, IRGC, Russian Special Forces and even Chinese Special Forces embedded with the Tiger Division and the 4th Armored Division.

U.S., , British and French bases in Iraq and Syria are sitting ducks, ready to be bombarded by missiles and artillery. And simply over-run, which Iraq’s PMU’s threatened to do nect time Syria was struck by the U.S, , British and French. The SDF and Kurds are hated by the local populations of Arabs and Assyrians, and are preparing an all out insurgency against the U.S. Kurds, , et al.

And a full on , full out westrn/Israeli/Saudi/UAE assult on Syria would immediately widen the conflict to include Lebanon, Syria, Iraq, Iran and the wider region, and Israel would be engulfed into the conflagration.

The Houthis should also be armed to the teeth as well to support the simmering insurrection of millions of oppressed Shia in the mostly oil producing parts of Saudi Arabia , where hatred of the Saudi Regime is great.

The US and it’s allies don’t control the skies over Syria. They have limited access over the NE and Al Tanf, that’s about it. Most of Syria has a robust integrated air defense system that is effective against peer forces. And the Russian air force is 30 minutes away from southern Russia and 10 minutes away from Iran.

Saudis doesn’t even have strenght to fight Yemenis runing around in sandals. Not to mention taking on the bigger chunk.
And why do you adress English imperialistic politics as ‘British’, Scotts, Wellsh etc. doesn’t have nothing to do with that. It’s only and obvious English colonial politics.

There is no relief for any illegal person that have secretly crossed the Syrian border and have entered into Syria for meddling in the Syrian matters without Syrian government permission whether they are from US, UK or from any other country. Whether they have entered for supporting Syrian government against anti terrorism or for some other purpose. They are illegal and criminals in Syria. They must shut down their all military bases, institutions, militants training centers because these are all illegal in Syria.

They must declare themselves to Syrian government, otherwise, they will be bombed and treated worse than ISIS and Al-Qaeda and then UN cannot defend them because they are illegal in Syria. Syrian government have full right to secure their borders and their nation from aggressors. If they have any problem then they can lunch complain in UN. No to back door intruders. Syrian foreign office.

the moment of truth, is arriving very fast.

And still the bulk of the EU and US are oblivious to all of this. The wake up call will be a big shock to them and they will need to find a ‘Safe Space ‘ and have lots of counselling and anti anxiety drugs. :)

And we will be laughing at them and commenting about it :))

When the shit hits the fan they will say ‘What on earth is happening ‘ and we will say ‘ You buried your heads so far up the US arse that you failed to see the daylight ‘ :)

Russian Generals wrote the book on encirclements, breakthroughs, and the precise use of artillery in warfare. Coupled with their exemplary Air Force, they are the of the best there is. U.S. Generals cant handle Afghanistan for 17 years now, are involved in Yemen, unable to turn the tide there, and Iraq 2.0 was a serious disaster for them.

Russians have a superior defense to jewamerica’s offense.

Yet, Russians don’t have the balls to defend Assad and beat the jewamericans.

Putin could sink the entire fleet of jewamerica in a week. And kick out the jew worshipers from the SDF held areas in two weeks.

But Washington and Moscow have but one master, Putinsteinowitz with “the BOSS”:

When is China going to actually step up and put some special forces into the Idleb offensive? That would change everything, I know they hinted that they might. They need to move forces in and help the government and Russia so US/UK can’t protect HTS.

I agree. China has a lot to lose if Russia is harmed .

This is a trailer ski system that will allow me to extend my ET/ED contact work deep into remote mountain wilderness areas year round on unplowed forest service and logging roads and trails with the new quad track atv that I’m buying: 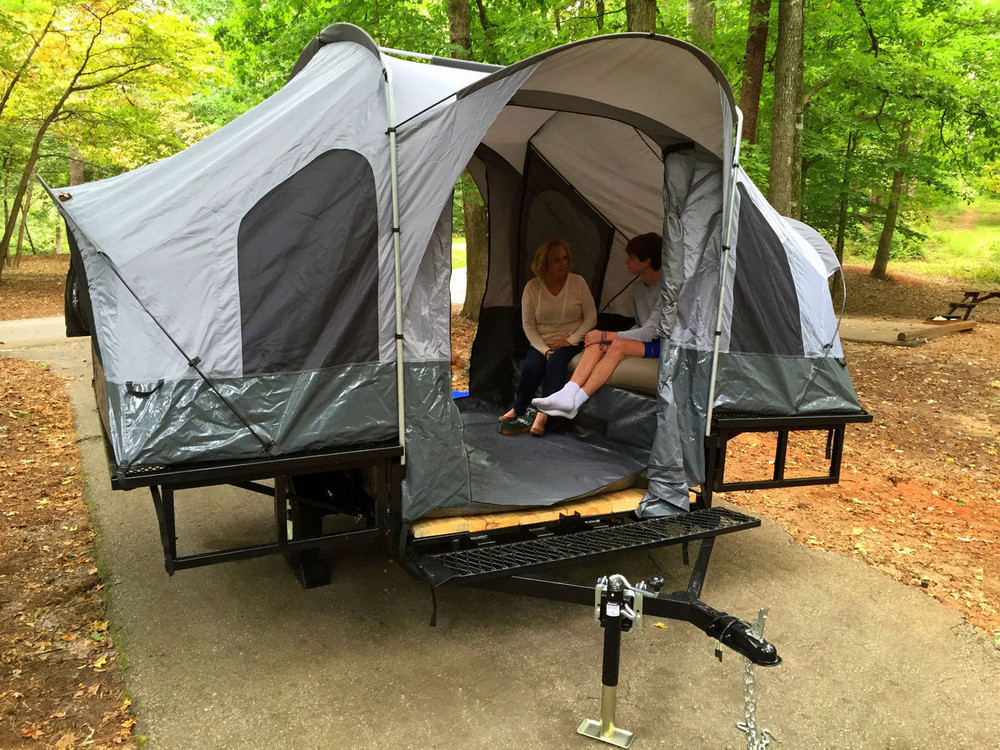 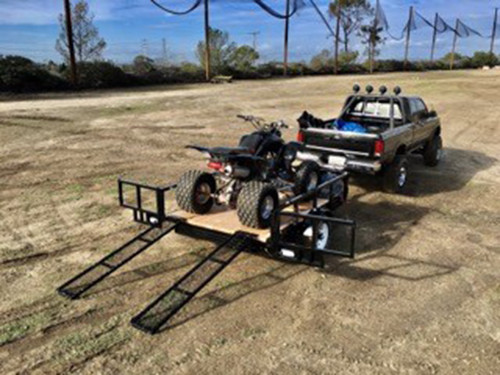 One of the accessories that I’m specing the buy out with is a plow: 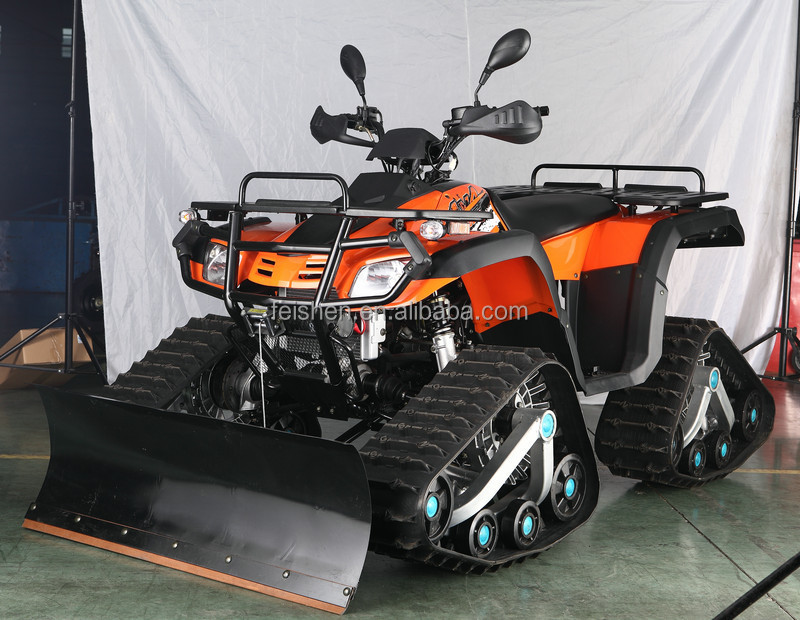 Send some missiles into Idlib while they’re at it.

They usually start major offensives by multiple missile strikes, and it looks like another offensive will start soon.

Solomon is that u?

VIDEO: Will Onyx Missile Launch By Russia Send The ‘MESSAGE” To The U.S What AWAITS Them In SYRIA?

‘…The recording released by the Russian ministry partly demonstrates the Pacific Fleet maneuvers in the Okhotsk Sea involving the launchings of the Bastion system Onyx missiles and cruise missiles from combat ships. All seven missiles launched hit their conventional targets.

testera
Reply to  AM Hants

I will never get tired of watching Bastion-P launch. :)
They have already fired few of those at land targets in Syria.
https://www.youtube.com/watch?v=Ktyfus5ma6g

AM Hants
Reply to  testera

I must admit to enjoying the Crimea – Putin Documentary, when the USS Donald Cook meets Bastion. Didn’t they say, once they realised Bastion was getting ready to greet the ship and crew, it was the first time a military ship had managed a ‘figure of 8’ manouvre in the Black Sea.

So it is seriously going to be interesting, to see if the UK, France, plus, US, will be so stupid to try and take on Russia, over in Syria.

Not forgetting, Russian Forces are officially working in Idlib. Russia, who have been invited by the democratically elected Government of the Sovereign Nation. So if the US, UK or France try to take out their Forces, who are legally in Syria, it gives Russia permission to unleash her arsenal. No doubt, with many serving members of the military, who are seriously primed to let rip. Do believe they have now had enough.

This is a good strategy, now FUKUS’ ships cant fire their missiles right offshore syria and have to stay in the air longer and can be more easily shot down :)))