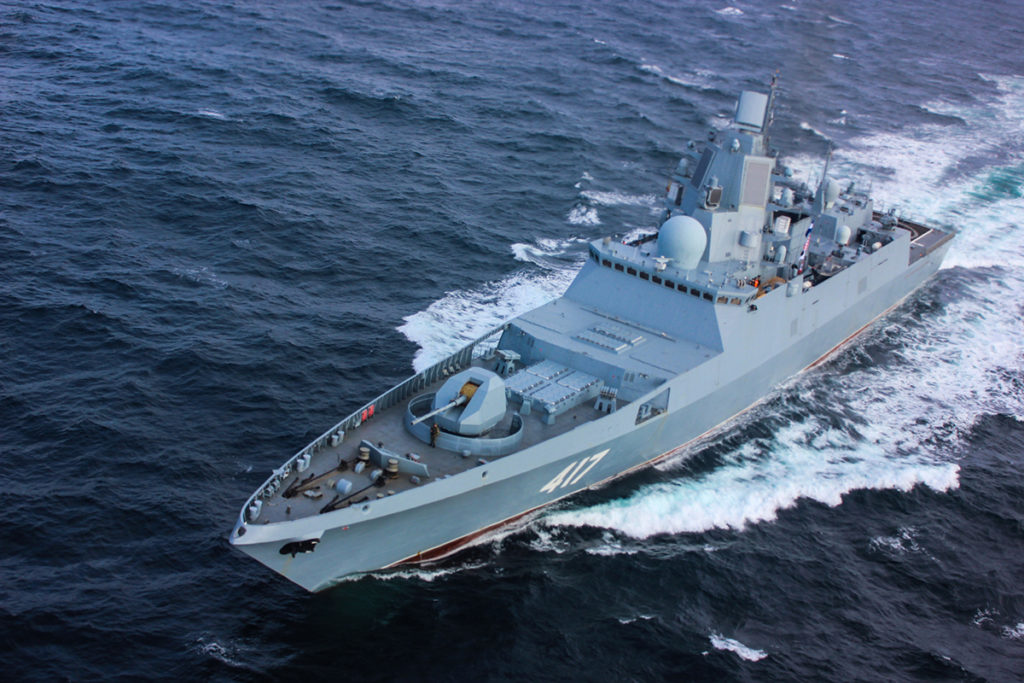 On July 26, the Russian Navy officially received a Project 22350-class frigate, Admiral Gorshkov. On July 28, the warship is entering service with the Navy.

Admiral Gorshkov [full name: Admiral of the Fleet of the Soviet Union Gorshkov] is a lead ship of the Project 22350-class. The warship was produced by Severnaya Verf shipyard in Saint Petersburg. Admiral Gorshkov was laid down in 2006 and launched in 2010.

Project 22350-class frigates can be armed with Kalibr or Onyx cruise missiles as well as possesses other weapons allowing it to engage sufrace and undersurface targets.

According to reprots, the Russian Navy is planning to get 15 Project 22350-class frigates. Another frigate, Admiral Flota Kasatonov is now passing trials and is expected to enter service in 2019.

Two more frigates are now in the production stage.

These ships are a potent force without being ‘big targets’ .

This ship class is the most powerful ship the Russians built since the demise of USSR. A super Gorshkov using the same platform and making it it larger is the next step in creating a ship with greater armament capacity. Shipyards in St. Petersburg, Kaliningrad and the Far East are gearing up the infrastructure for building +10,000 tons displacement ships.