A submarine of the Royal Netherlands Navy, spying on a carrier battle group of the Russian Northern Fleet, headed by the Admiral Kuznetsov aircraft carrier, has been caught by Russian antisubmarine warfare ships in the Mediterranean. 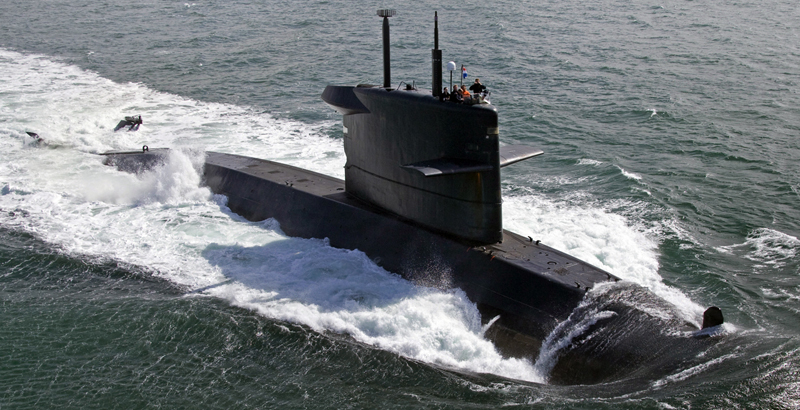 The Russian Defense Ministry has caught NATO in spying on a carrier battle group of the Russian Northern Fleet, headed by the Admiral Kuznetsov aircraft carrier, in the Mediterranean. A submarine of the Royal Netherlands Navy has been detected by sailors of the Severomorsk and Vice-Admiral Kulakov antisubmarine warfare ships.

According to spokesman for the Russian Defense Ministry, Major General Igor Konashenkov, the submarine has been spotted at a distance of 20 kilometers.

“Despite attempts of the submarine to maneuver, a steady sonar contact was established with it. The ships were tracking its maneuvering during more than an hour, and forced it to leave the area of location of the carrier battle group,” Konashenkov said.

The representative of the Russian Defense Department also noted that submarines of foreign states regularly try to spy on the operation of the Russian aircraft carrier battle group. In the beginning of November, spying of the Virginia submarine, which is not intended for conducting of reconnaissance, was spotted, Konashenkov added.

Currently, the Italian ITS Aviere, Bulgarian BGS Verni and Turkish TCG Gemlik destroyers, as well as the Greek HS Papanikolis and Spanish ESPS Mistral submarines are taking part in the operation. The command center of the operation is located in Northwood, UK.

Since November 17, Portuguese, Spanish, Italian, Greek and Turkish aircraft of maritime patrolling will start to support the operation from the air.

The operation has three main tasks: control of the situation in the Mediterranean Sea, fighting against terrorism, and strengthening the naval capacity. Also, the operation may get other tasks, including ensuring of freedom of shipping, interception and combat against spread of weapons of mass destruction, as well as protection of the so-called critical infrastructure.

According to the NATO press-service, Sea Guardian will provide an accurate picture of a daily situation in the Mediterranean in order to help to identify potential security problems.

Maybe some real fear with ……..High speed screw in the water : )

By interesting comparison, this same class of submarine, the Netherlands’ Walrus class has ‘sunk’ at least two US carriers during NATO wargames. In one exercise, one sub ‘sunk’ not just the carrier but the entire carrier battlegroup including it’s submarine escort. And all of that in it’s pre-modernised form; this particular ship, Zr. Ms. Zeeleeuw, was modernised between 2013-2016, the first of it’s class to be upgraded. A very quiet ship, with generally well-trained crews. In that light, one may observe that the sailors and equipment of the Russian battlegroup are performing quite well.

Did the NATO submarine have the audacity to enter Syrian territorial waters?

It certainly didn’t have any business carrying out any operations. It’s not like the Kuznetsov was approaching a NATO country. Could you imagine the Caterwauling had a Russian submarine approached a U.S. carrier in the Mediterranean? (I am making an assumption here)

I think, they are in international waters.

The only security issue is NATO.