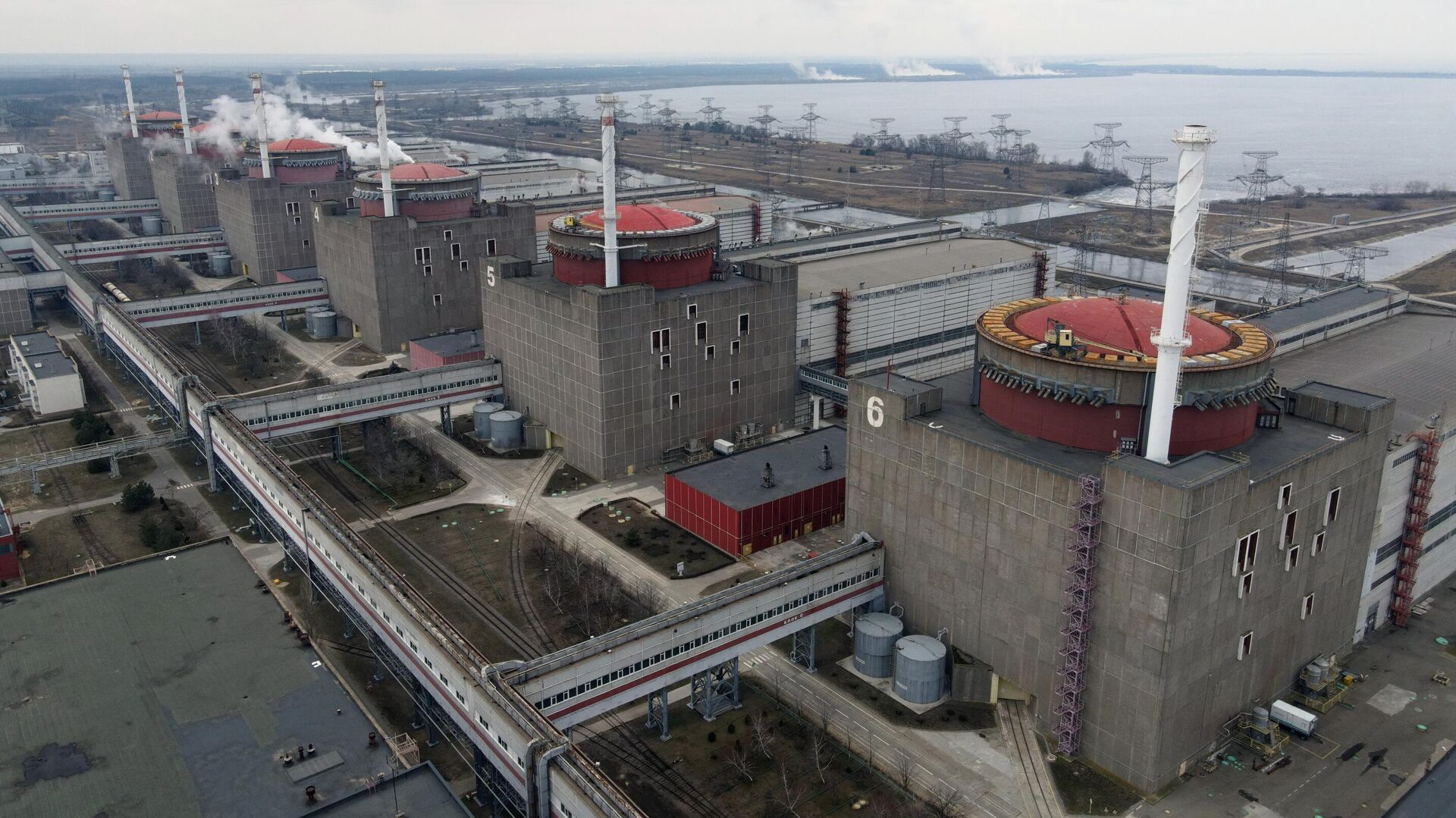 On October 30, the Russian military foiled an attempt by the Armed Forces of Ukraine (AFU) to land a sabotage and reconnaissance group near the Zaporozhye nuclear power plant (NPP).

Lieutenant General Igor Konashenkov, a spokesman for the Russian Ministry of Defense, said during a briefing that the AFU group was tasked with penetrating Energodar city.

“One speedboat of the Ukrainian armed forces was destroyed during an attempt to land a Ukrainian sabotage and reconnaissance group in the city of Energodar in the Zaporozhye region,” Lt. Gen. Konashenkov said.

According to the spokesman, the AFU shelled Energodar and the territories adjacent to the Zaporozhye NPP three times over past 24 hours, with a total of 10 shells. The presence of representatives of the International Atomic Energy Agency (IAEA) at the plant didn’t deter Kiev.

“Despite the presence of IAEA representatives at the Zaporozhye nuclear power plant, the Kiev regime continues provocations in order to create a man-made disaster threat,” the spokesman said.

The Zaporozhye NPP was captured by the Russian military in March, just days after the beginning of the special operation in Ukraine. The AFU was storing weapons at the plant and using it as a military position.

Earlier this month, the plant officially became a Russia property after the territories of the Zaporozhie region that are under control of the Russian military entered into the Russian Federation.

The AFU carried out dozens of attack on the Zaporozhye NPP over the last few months, in what was described by Russian officials as “nuclear blackmail”. Weapons supplied by NATO members, including loitering munitions and precision-guided missiles, were used in many of the attacks.

The Zaporozhye NPP and all nearby territory remain under the tight control of the Russian military. Despite of this, Ukraine will not likely halt its attacks on the plant any time soon.

Ukronazis suicidal commandos getting wiped off left and right. I’m loving it.

The only LGBTQWXYZ are in NATO and the White House 🤡

According the semilarities in DNA all countries has the same almost 10% of LGBTs .

Even You killed all You knew, the next generations still would have that close to 10%.

They do no harm. Your are the infantile harmers, so You at leastis above something. But You are not. You are in the trech digging business.

A country is uniting people and not the opposite.

you defend fags LGBT because you ARE ONE

There are elections coming in the USA soon, seems they are deperate for any sort of success, so they can shoiut about it. These poor men are dying needlessly. Hopefully this madness stops after the mid terms and peace talks can resume.

POW! straight to hell. They’re now looking up like that other guy and all the other treasonous warmongering Zionist slaves who end up in that special place.

Really, how many times have they attempted this same strategy in landing in plain open water across the Dnieper, this is the sixth or seventh time. Its doesn’t work, Ukrainians to keep using the same manpower wasting tactics over and over, proves they are genetically inferior and stupid as hell sub-Humans. The most merciful thing the Russians could do, is stop calling these vermin a related or brethren people and just exterminate the Human looking cockroaches known as Ukrainians. Anything that is to stupid to rethink strategies that don’t work, and use what’s in between one’s ears, is not worthy of being treated as Human.

Im sure its for binding troops.

All these men in the meat grinder to maintain US hegemony. They will never return to their children and loved ones. I guess it’s ‘only a small price to pay’ for the warmonger.

paul pelosi is a dick sucking filthy faggot who needs to be shot. this is who rules america.

The protection of the township, enter godar is more than likely better off in Russian hands. What is of interest is yet the right sector, and the days of regiment, missing with the Republicans of Ukraine’s, as well as civilians in Ukraine and in the Donbass republics. There is a nuclear molecular reason, that of uranium-238, which can be produced from the NPP’s.

>>“Despite the presence of IAEA representatives at the Zaporozhye nuclear power plant, the Kiev regime continues provocations in order to create a man-made disaster threat,” << and despite this presence and risks these attacks are causing, none whatsoever reaction comes from the western countries… So in other words, all that the UA does seems good and approved…

with so much hétéroclite weapons systems available to ukraine, maintenance must be ‘’easy’’, or maybe no maintenance it goes until it breaks after just collect a new toy.

Is Belgograd still controlled by RF military or has they escaped?

Trolls are desperate to deflect the US, NATO mess.