Hayat Tahrir al-Sham (formerly Jabhat al-Nusra, the Syrian branch of al-Qaeda) and militant groups are concentrating their manpower in northern Latakia as well as near northern Hama and southwest of the city of Aleppo, Maj. Gen. Alexei Tsygankov, the head of the Russian center for reconciliation of the warring sides in Syria warned on August 2.

“The Russian center for reconciliation calls on the field commanders of the illegal paramilitary groups to renounce armed provocations and to turn to the path of peace settlement in the districts under their control,” Maj. Gen. Tsygankov said.

He noted that militant groups are operating in the Idlib de-escalation zone continue violating the ceasefire regime.

“Since Wednesday [August 1] afternoon, they shelled the populated localities of Arafit – twice – and Al-Safafa in Latakia, Sheikh Barakah in Hama, and the residential quarters of Al-Hamdaniya and Makanis al-Duwairi in Aleppo.”

According to the major general, two Syrian servicemen died and four civilians were wounded as a result of these developments.

On August 3, clashes erupted between Hayat Tahrir al-Sham-led forces and the Syrian Army near the town of Sirmaniyah in the northwestern Hama countryside. The situation had been triggered by a militant attack on Syrian Army positions in the area.

The situation in the Idlib de-escalation zone remains complicated with Hayat Tahrir al-Sham and other radical groups remaining in almost a full control of the so-called opposition-held area.

Yea?
So what… turn them into sukhoi food…

Only in the remembrance of AIIah 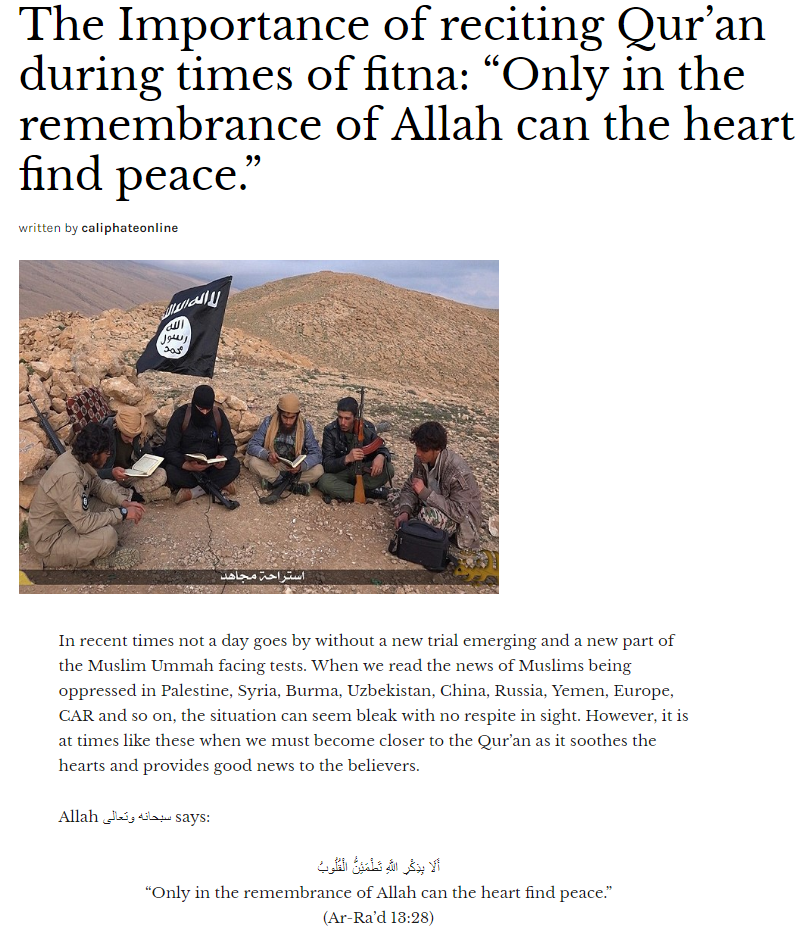 We bring back our banner that waved before us in battle. https://youtu.be/NlqyBIQ-Cac?t=48s

german music at a crusades, that only purpose they had is exactly the same as the agenda today from globalization? You are kind of confused I think.

Total mess in her head.

Ain’t that a French Knights Templar that got Lost because he can’t read a Map?

Hey wanna join ISIS? We can use some extra Cannonfodder at the moment… can fix you a One-Way-Black-Bus-Ticket to Idlibistan for tomorrow…05.30….

It is good and important for the ‘Faithful to gather in easily observable groups with plenty of ISIS banners around them. That way it becomes easier for the RuAF to properly turn them into Sukhoi food and the ‘Faithful can then go to Allah to receive their just reward.

Sshh dont give them good ideas!

Troll ” Those dwelling in rocks-moutains and caves generally today under bridges and rarely helpful to human beings. Begone filth of the earth.

Yes why even complain about it. Fire at will commanders!

While the Syrians are busy elsewhere, the US head-chopping, heart-eating rapers and slavers retain the initiative but not for much longer.

US and their proxy terrorist organizations ISIS, Israel, Al-Qaeda and PKK (SDF and Peshmarga) are destroying the states of Middle East.

US and their proxy terrorist organizations (ISIS, Israel, Al-Qaeda and PKK) are destroying the states of Middle East.

Turkish-kurdish conflict falls out of the row. Turkey is in charge of genocide of kurds, armenians, greeks, bulgarians. And now supports the enemies of Syria. And will pay for it drastically.
Kurds will overturn from USA and Israel to Russia.

once a whore always one. The kurds who always bite the hand that feeds them, can never be trusted. Especially when their big dream, is to shit on the table, of the countries that give them hospitality and safety.

Well, this is what post-imperial world basically is. Most of national states do this mean things. Just take almost all european countries towards Russia for 2 last centuries.

What for kurds, they were betrayed by Russian state in 1990-s because of Russia’s own occupation by kompradors. They struggle for their national state or at least autonomy. It might be understood. Do they appeal to evil while struggling? Indeed. But who doesn’t? Greece? Bulgaria? Romania? Macedonia? Montenegro? Cyprus?

Yes, genocidal Kurds… Have you studied up on what the Kurds did to the civilians in Raqqa? That was Kurdish “ethnic cleansing” of an innocent people.

I hope you do. Remaining with America and its NATO Ally, Turkey is taking the Road to Perdition.

I’m not kurd, but russian. Belarusian to be precise -)
But exactly. USA-kurds alliance is an anomaly. Geopolitical, ideological. With the only one reason: revolution of 1991 in Russia and power captured there by pro-american forces. Thus new russian “elite” (mostly crypto-jews) deterred socialistic kurds and took USA-EU as their patron (if not “god”) and Turkey – as one of the main business partners and resort for their wives and lovers. Thus kurds were left alone and pushed to the hand of USA or, to be correct, to anglo-saxon oligarchy connected with talmudic elite who both always for centuries supported Turkey against Russia itself.

All шт one, when this whole schizophrenia is quitted (primarily in Russia), everything will come back to its natural order.

Palestinians, Afghanis, Iraqis, Syrians, Yemenis and Libyans suffered a lot. Now its time that all foreign occupying forces leave these countries and let them to live peacefully. Each nation deserve peace.

high time to clean the place there and arrange a meeting for the terrorist, with their maker.

Idlib will be a good testing ground of Russian weapons systems,and the routing of the Luciferian zionist scumbags. Syrian Forces are gaining great fighting experience which will be very helpful when they confront the zionist terrorists godfathers israhell.

atm there is some serious SSA shelling going on on the west idlib…could this be the start of the operations?

I think the SAA is giving the moderate rebel militias a wake-up call by firing shells over their heads towards HTS positions. HTS is rightfully worried about them reconciling with Damascus and have been arresting moderate militia leaders in that region to deter that.

The biggest battle yet to come is Idlib and north-west

I hope the Russians pound them its seems like they are the only ones willing to do it.

This phase is called: THE CALM BEFORE THE STORM, so relax everyone and get ready for the upcoming bombing fest on Idlib.

So, gasuda, what you’re expecting? It is not a WFC