According to the ministry, the UAVs were launched from “Muazzara settlement located in the southwestern part of Idlib de-escalation zone controlled by the armed forces of the so-called moderate opposition.”

The ministry has sent letters to Turkey’s Chief of the General Staff Hulusi Akar and intelligence chief Hakan Fidan saying that “it is necessary for Ankara to meet assumed obligations to ensure ceasefire by controlled armed forces and intensify efforts to put observation points in the de-escalation zone in Idlib for preventing such UAV attacks on any targets.”

Earlier, Turkish Foreign Minister Mevlut Cavusoglu accused the SAA of “hitting the moderate opposition with the excuse they are fighting Nusra. [Hayat Tahrir al-Sham]” Cavusoglu said the SAA’s actions undermined diplomatic efforts for a negotiated solution to the conflict.

It is not clear what kind of so-called moderate opposition Cavusoglu had found in the Abu al-Duhur area controlled by Hayat Tahrir al-Sham. Smart move from the Russians :)

Great map SF, the tigers are advancing well.
But it appears Erdodog is getting very upset and want’s to launch some drones.
FUCK HIM AND THE JIHADIST !
Still waiting for dutchboy reply , maybe Turk and FSA trash attack launched against Afrin ?

What is amazing is how effective the Pantsir system is showing itself to be. Ballistic Scuds, cruise missiles, drones and aircraft are all at great risk attacking an area protected by Pantsir.

It’s an effective layer of RU air deference without pair in the world today.

That is why the P-8 spy plane was flying about to monitor Russian defenses. Russia should have intercepted that plane and escorted it out of the area.

I would have shot it down. But thats me.

I would think that more Pantsir’s are on the way to Syria now in case bigger ‘ drone swarms’ become evident. Hezabllah could do with a few as well :)

I would consider that a wise precaution.

Erdogan is a Trojan horse. Turkey is NATO member and in those drone attacks on RU military installations in SY coordination between US and Turkey could be clearly seen . It looks like deescalation zones have been created in order to be used as launch pads for attacks against SAA and its allies.

That was always the case.
Russian strategy in Syria though has always been to give the Western terror gangs enough rope to hang themselves publicly on the world stage before a calculated and measured response :)

SAA and allies have now a full mandate to liberate terrorist’s enclaves in NW Syria.

The zionists just cant get the better of the Russians.

The Turks thing the can use Terror as a bait in the next meeting for pressure on Assad! They will be wiped out and turkey will be forced to leave syria!

When is Turkey going to attack SDF, been talking about it for some time. Syria is entitled to go after Nusra because they are not exempt according to the Astana agreement. Turkey at it again with there double talk and actions.

Imo IF they attack, they will attack after winter. Mud, cold and rain do not give favorable grounds for attacking the high ground with armoured units.

Without those units, TSK and TFSA will not be able to take the region. With them, they might if they have the stomach for the to be expected lossess.

Wich of these 2 scénarios is the most probable for you?
– SAA takes Idlib (Aleppo’s style), the mercenaries negotiates à deal that allows them To go home with Turkey.
Or
– Turkish Army enters Idlib with tanks in order To “protect” it from SA and RUAF, then ErdoKhan appears like the savior of thé wahabi alliance ?

Most likely a combination of the two with some extra’s like some going to the SDF (not many I think, but even some could be a few thousand) and many will try to blend in with civillians and either become refugees or sleeper cells.

22 days ater.. you are right.
Dutch Nationalist, you are not very apeciated here. But your tahgts are realistics and calculated

The hard to believe part is that ruaf parks ALL of it aircraft out in the open, in tight line ups. This is not the case only at Hmeymim, but at its air bases across Rusha. In other words, much of their AF can be taken out on the ground, quite easily and effectively.

Electrotroll…I suggest that you better stop showing your utter ignorance to the public – it doesn’t serve you well.

russians are masochists. they never learn.

Yes, it is a military ‘ straight lines’ thing I suspect. Most military’s are the same :)

Easy? Effective? Then the US should probably take out Russia’s AF right now. I mean, what could possibly go wrong with this strategy? 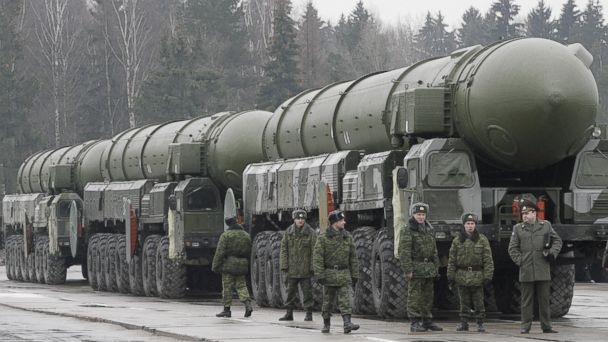 Russia would never do that, shame on you.
They would ask their “partners” to enter into dialogue about the incident, a human error, and an investigation about what US did, how and why they did it.

Possible, I guess. On the other hand, if a Russian air base commander looked out his office window at rows of his brand new Tu-160M2 wing going up in flames courtesy of an American Tomahawk sneak attack, I would expect him to just start unloading Topol-Ms into their assigned near-earth trajectories before worrying too much about the dialogue part. I don’t trust anything my US leaders say – why would he?

so they were provoked and now they respond…..

Well, while one can hardly be enthusiastic about militants having armed drones, one can hardly blame them for attacking the airbase from where they and their families are being bombed. Especially where the Russians kill so many civillians with their bombings.

Firstly Putin blame yourself for relocating terrorist with luxury buses to Idlib.Finally make sure now that no terrorists escape kill them all.

I sometimes wonder why the Russians ever consented to use the American propagandist term “moderate opposition”, without invariably describing it as “the so-called”. It’s always seemed like a concession of sorts. I believe that even a substantial fraction of the American public never believed Obama’s lies about his jihadis being “moderate rebels”.

What I’d really like to know is who made the calls to destroy Libya and Syria. Will Obama write in some future memoir that he did what he had to, what John (Brennan) and Samantha (Power) instructed him to? And what was the effect of Presidential Study Directive 11 (which Power and Dennis Ross led)?