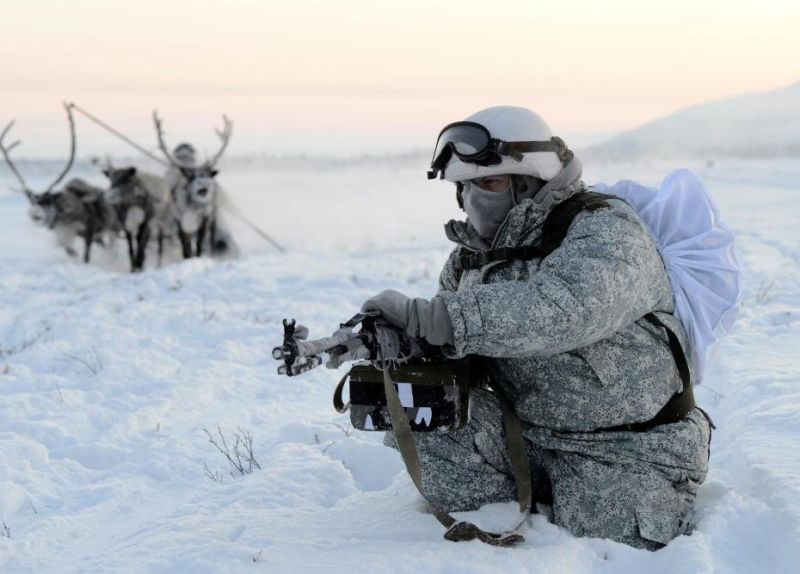 Last week large war games took place. While the alerted formations of the Southern and Central Military Districts, airborne forces, and coastal forces of the Navy left for the marshaling areas, military ships left their bases, and airplanes and helicopters executed the first raids, the foreign mass media kicked off their next hysteria on the theme “The Russians are starting off”.

If one rejects the statement of Ukrainian politicians who immediately reported that this is a preparation of the next aggression against their country which has chosen the European path of development, the main message of global mass media was extremely simple: “The Russians are going to Syria and Turkey”.

Where the Russians are going

Development of the concept of deployment and use of diverse groups occupied the entire last year, and the current drill was a unique test.

It is remarkable that the report of Minister of Defense Sergey Shoigu was the catalyst for conclusions about future Russian-Turkish opposition. His words, “It is essential to evaluate the degree of readiness of the Southern Military District to respond to crisis situations of various nature”, were perceived against the background of the statement, pronounced several days before the beginning of the drills, of the official representative of our military department Major General Igor Konoshenkov regarding the readiness of Ankara to intrude on the territory of Syria.

According to western politicians and journalists, the snap check of the Russian army, declared personally by President Vladimir Putin is a way of putting pressure on the negotiations for a peaceful settlement of the Syrian conflict. It was understood that we are prepared to introduce armies to protect Bashar Assad’s regime.

The domestic mass media had to manage without analysis, being limited to beautiful pictures from the ranges and short descriptions of what was occurring.

Did Russia wish that much to demonstrate readiness to stop Turkish aggression in Syria, or was the goal something else? What actually occurred in the staffs and on the ranges?

In recent years, large-scale surprise inspections of fighting capacity, transferring formations for large distances became habitual in the Armed forces of Russia. These are often associated with the appointment of Sergey Shoigu, but to be fair one must acknowledge that the first similar actions were the calling card of the new profile announced by ex-minister Anatoly Serdyukov in 2009. 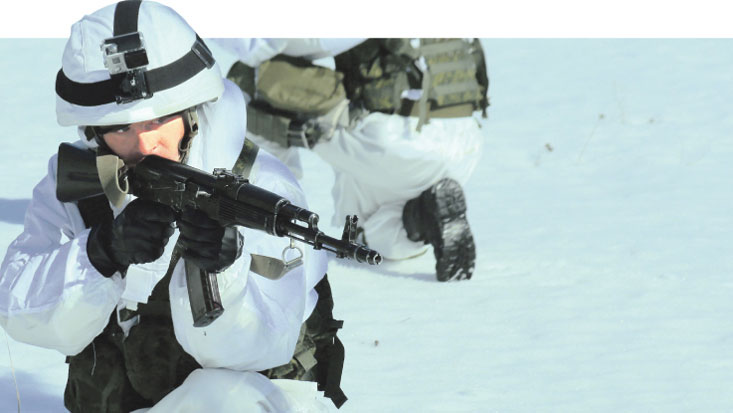 Despite a certain routine nature of similar actions, many experts and analysts recognize that it is precisely the snap check, also declared personally by Vladimir Putin in the spring of 2014, that permitted the successful operation in the Crimea, not only having provided a concentration of formations on the peninsula, but also effectively blocking possible reciprocal actions of the Ukrainian military-political management.

However, the current drills, in which a diverse group under command of an incorporated operational staff was created were, according to data of “The Military-Industrial Courier”, more experimental.

Events in Ukraine in 2014 when, as we know, a Russian Federation armed forces group was deployed on the common border, to where formations from several military districts, airborne forces, and marines were sent showed the urgency of similar tasks, and it turned out necessary for the command to actually create an operations group “using whatever is available“.

According to available data on the “military industrial complex”, development of the concept of deploying and using similar diverse groups occupied all of last year. Continuous working out of its components passed through a series of drills, and the current check was a unique test. TV channels offered us a beautiful scenario from the location of the events, where motorized infantry and tank troops conducted route marches and successfully attacked targets, while airplanes and helicopters did not leave the sky, but what was most important stayed behind the scenes.

Creation of a communications system permitting staffs and units of the military command to “network”, as well as the attempt to interface the automated control systems of various levels to provide real-time command was the most complex challenge. The National Defense Center was one of the major components.

As some confidants familiar with the situation have noted, positive experience was acquired as a whole, but some components require development. Responding to questions of “The Military-Industrial Courier”, the sources explained that the command of the developed operational group for the first time directed the actions not only of combined arms formations, but also of Navy ships, and the recently created aerospace formations.

To feed and repair

Creation of an effective system of material support was one more important component worked out during the drills. According to the confidant from the “military industrial complex”, the operations of maintenance and repair units are the Achilles’ heel of any diverse group. formations that are part of it belong to various issuing agencies, and during transfer they are removed from their own warehouses and supply bases, and also from the service centers where the equipment is repaired, often several thousand kilometers away.

For successful performance of a diverse group of objectives, its management units which are responsible for logistics support are required not only to lay up stocks beforehand and arrange for replenishment, but also in due time to transfer everything necessary to the troops. In fact, the infrastructure, warehouses, and supply bases are created in a new location, from scratch.

As specialists familiar with the situation note, many elements of the organization of the logistics support system require operational development. Traditionally, problems have arisen with maintenance and repair of weapons and military equipment. If until recently there were not enough maintenance staff among the troops after transition to the new profile, as well as some types of specialized equipment, now the problem has completely gone over to the organizational plane. There is no precise system regulating when the military repair the equipment, and when industry and service centers do so.

The latter and their specialists, on whom the military units are fixed, remained during the drills at their permanent deployment sites and were therefore required to send special repair brigades with a set of spare parts to those places where the teams were sent. At the same time, due to the operations of the Chief Tank-Automation Command the troops are equipped with their own necessary maintenance and repair units, which are required to be on standby awaiting the “factory owners”.

The issue of spare parts and repair units for the newest samples of weapons and military equipment remains until now rather critical. According to one of the confidants in the “military industrial complex”, stockpiles among the troops are being created, but very slowly and in insufficient quantity.

In this regard, the representatives of plants are not only not always on time, but often also do not bring with themselves necessary spare parts, which it is necessary to place in an emergency order and to deliver over thousands of kilometers.

Did the message get through?

The current drills were a check of the grouping of formations in the Crimea. If new formations were developed in 2014 in this region which has reunited with Russia, their combat training began in 2015, and the current drills were the result of almost two years work. According to available data, the formations deployed in the Crimea fulfilled one of the major tasks in the snap check — the coastal rocket brigades, equipped with Bal and Bastion systems, completed a route march under cover of anti-aircraft weapons systems and fighters, and went to the launch sites.

Despite the fact that the current snap check of the Russian army was generally experimental, one cannot deny that it bore a certain political weight. Although it also it was not declared officially, the message is obvious: Russia is ready to defend its own interests.

One more important signal, addressed first of all to Turkey and NATO which is stoking tensions in the Black Sea, was a demonstration that Russian forces in Crimea are capable of closing the Black Sea basin from the sea if the situation is aggravated — with coastal missile systems, and from the air with anti-aircraft missile systems and ASF fighters. By a strange combination of circumstances, Zmeyny Island, located in the Black Sea, was occupied immediately after the RF armed forces drills, by a division of Ukrainian marines tasked with landing to remain at the location until the situation stabilizes.