The Russian Military Police may be deployed in buffer zones in Syria, Russia’s chief negotiator at the Astana talks and the president’s envoy for Syria Alexander Lavrentyev said on Tuesday.

“So far, it is difficult to speak about the presence of Russian monitors and defense ministry representatives, but, in general, it is supposed that Russian military police could be deployed in buffer security zones,” Lavrentyev said, according to TASS. “This issue has not yet been finally agreed. It will imply the status of de-escalation control forces.“

He added that sides will begin setting up security zones within two-three weeks after signing relevant documents.

“A very important aspect is that all the guarantor countries want to set up a joint coordination center to monitor security in the de-escalation zones. I think we can pass this document in principle,” he said.

However, the Russian official added that there are still difficulties in “establishing the lines of contact.”

Doubt they will be deployed in all buffer zones especially in the Idlib zone . There are some chances Turkey can re-deploy there but with HTS there in charge nobody knows . It seems that Turkey and JFS have fallen out of love which is interesting because Turkey was one of the main reason why the Army of Conquest captured Idlib area in the spring of 2015 . And of the main players there was Al Nusra

Kind of assumed they are talking about SAA controlled section of Iraqi-Syrian border as a ‘buffer zone’ with US/FSA. Russian MP’s are in Aleppo and Afrin, Russian spokesperson could be implying that Russian MP’s could be redeployed from Afrin to south east border – with implication of allowing Turks to tackle Afrin based YPG Kurds and frightening SDF Kurds into a halt of further movement south that their US sponsors are driving.

The area is Daara region where they want to be , Hezbollah has moved to the region now. Things will get interesting if the US breaks the treaty again . The Afrin based Kurds have only had the PYD claim responsibility for them , their loyalty is in question and that may need to end Russian support in the region .

Or an expansion of the Afrin “model” , Russia is aware any further Turkish troop movement into Syria is just lost territory , and another reason the US will use to break Syria up into min – states .

Turkey and HTS not getting along is great news. May mean that the Jihadist in Idlib no longer can carry out major offensive ops (less supplies across the border). So the de-escalation is working? And SAA can concentrate on relieving the brave fighters and hungry civs in Deir Ezzor.
Though not sure if the Turkish threats against Afrin are serious or just noise.
Godspeed SAA

About DZ . Where are the TF deployed now ? The ISIS pocket in Khanaser was cleaned by I think 30th Republican Guard . Will the TF continue from Resafa or they will try to connect with Palmyra area . From Resafa area is mainly oilfield Bishei mount and small villages but ISIS cant cut off SAA like in Tabqa

Correct that Mt Bishiri is crappy rough terrain with no road net. Maybe only good for small unit action to take the roads. Could be the Tigers are in transit to the Palmyra front, more open terrain with many desert roads and supply hubs (T3 will make a great hub and maybe a few attack helos) :)

They are giving the Tiger forces time to rest up after 6 months of continuous fighting and have deployed other forces . This will give them some time to rest and plan out some new strategies , while other units start carrying the battle with fresh troops with these veteran units .

not sure, i think i remember u said u knew someone in the SAA or TF, can u ask them? i apologize if im mistaken, may have been someone else on here that said that

Yes it is called Yusha Yuseef . and few other people but they havent said anything about TF in the recent days . In the previous times Yusha always signaled where they will go . But now nothing from him

Maybe they are planning something big top secret and can’t tell anyone :))

Now I checked AM and it says few TF units are in Qomhana town . The same town where Hayat Tahrir Al Toilet and co failed to capture in late March .

Haha nice what is AM? all masdar news?

Yes . Al Masdar news . And I want to know When they are going to fire Chris

I had an amusing thought.
When President trump and president Putin meet at the G20, if Trump is as rude as he was with the Chinese President when he said US missiles are on the way to Syria now, any similar remark to President Putin could be met with the response ‘ Its ok, we just sunk one of your carriers and all its accompanying flottilla ‘.
It amused me anyway :)

Happy forth of July ? 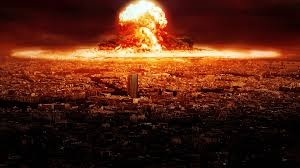 haha yea, they probably have plans in place already to do similar things incase US attacks again, with more force

A agree with you on HTS and Turkey. It will also mean that Turkey has lost another option.

As for Afrin, I sincerely doubt that Turkey will attack Afrin all out. The forces they deployed in the area are insufficient and SDF defensive positions generally too strong.

A limited incursion to try to take Tell Rifaat and try to reach Idlib region might be possible. I will leave Turkeys flank wide open though and it has the risk that eager FSA units will take a pot shot at Nubbol which lies directly on a most likely route for Turky to reach Idlib.

Russian / Iranian Military police is a good news for the south Syria.
Security / deescalation zones will be used to move in pro Syrian refugees / civilians whom will settle there for now may be for ever.
I bet all those PMU’s / hezbolah / NDF family are rubbing their hands with joy.