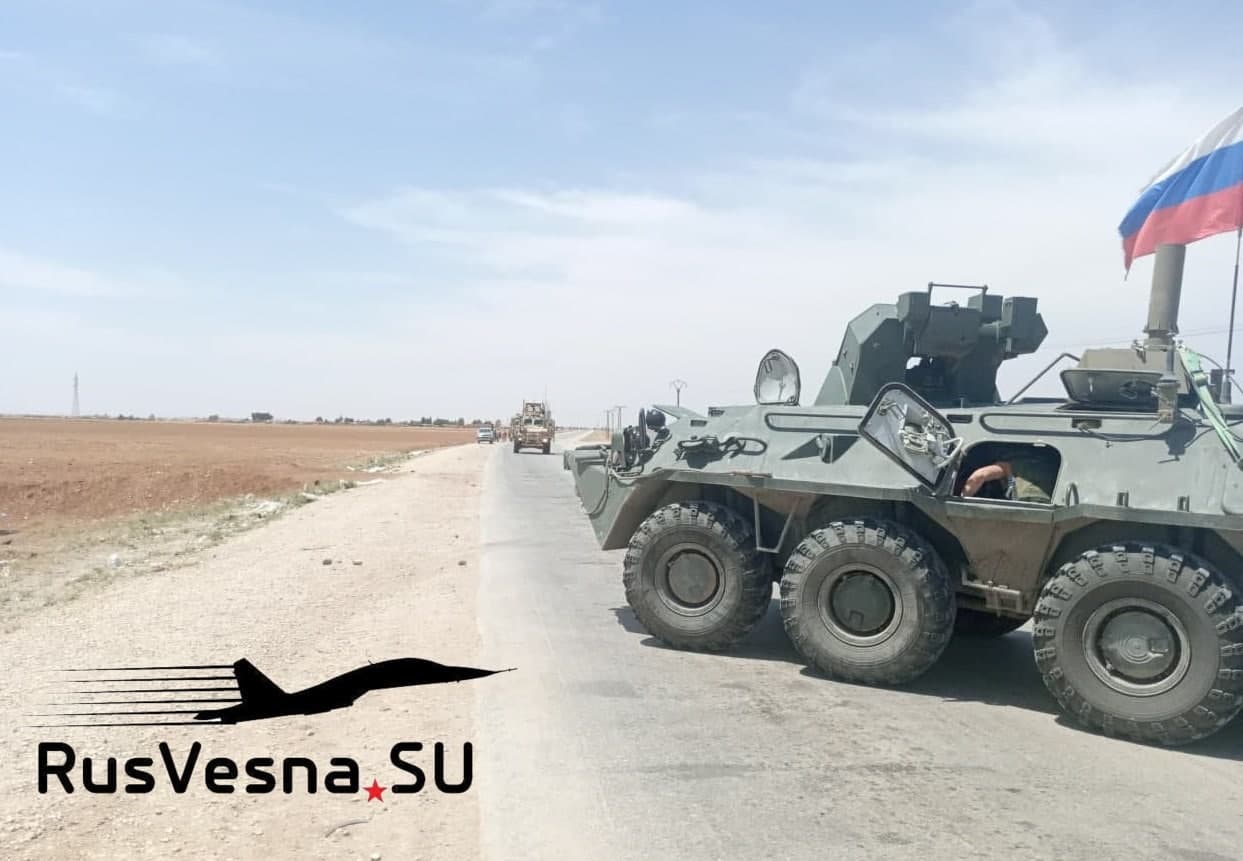 On May 13, a unit of the Russian Military Police intercepted a US military convoy in Syria’s northeastern region, which is controlled by the Syrian Democratic Forces (SDF).

According to RusVesna.su, the incident took place near the town of Tell Tamr that is located on the frontline separating Turkish forces and the SDF in northern al-Hasakah. A Russian base and a number of Syrian military posts are located in the outskirts of the town.

“The US military violated the existing mechanisms for conflict presentation and moved, without prior notice to the Russian side, near the town of Tell Tamr … As a result, a large unit of the US military was forced to withdraw by a small group of Russian military personnel, who ensured the safety of traffic along the M4 highway,” RusVesna said in a report.

The M4 highway, which passes next to Tell Tamr, links al-Hasakah with the rest of northeastern and northern Syria. The Russian Military Police are guarding this part of the highway. 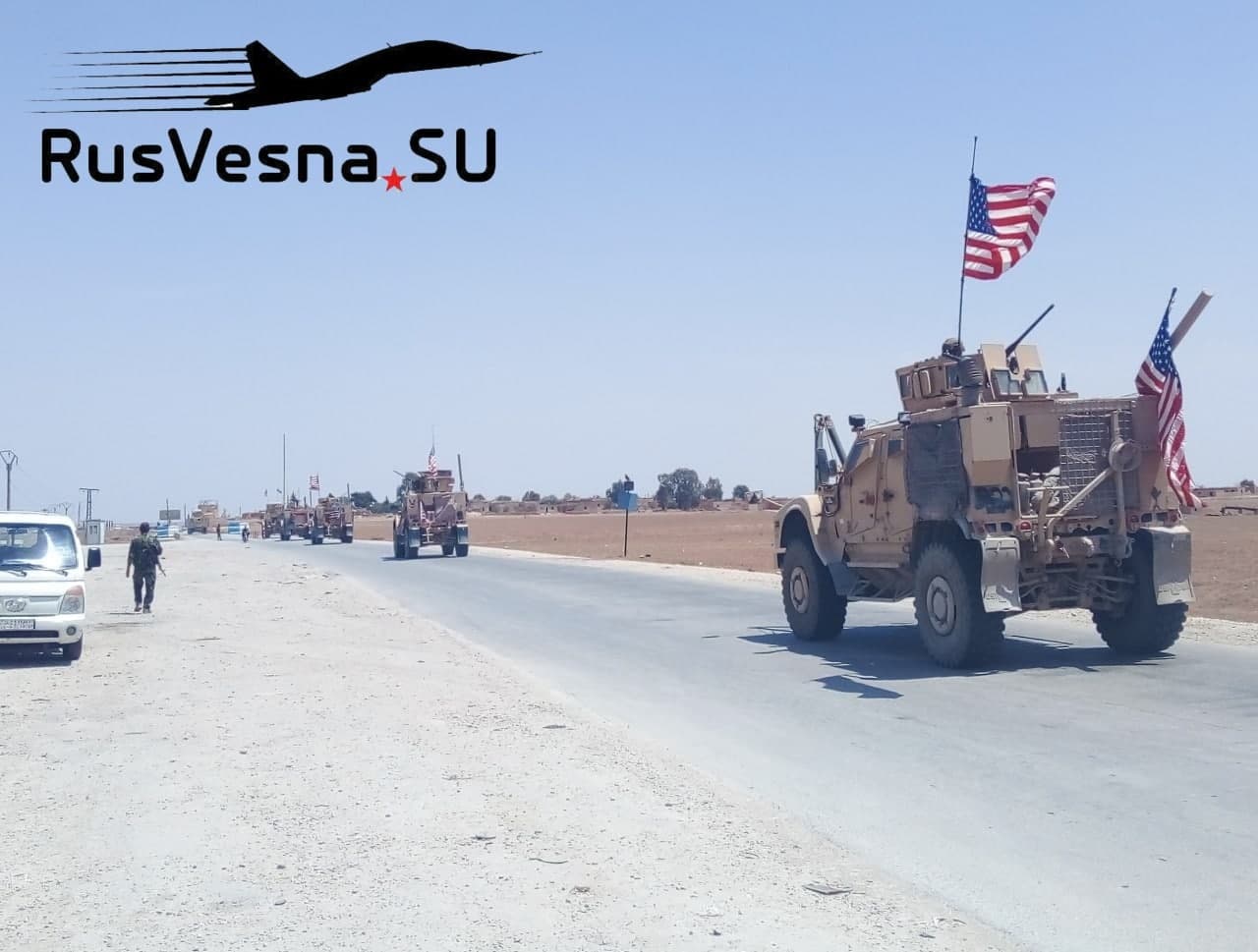 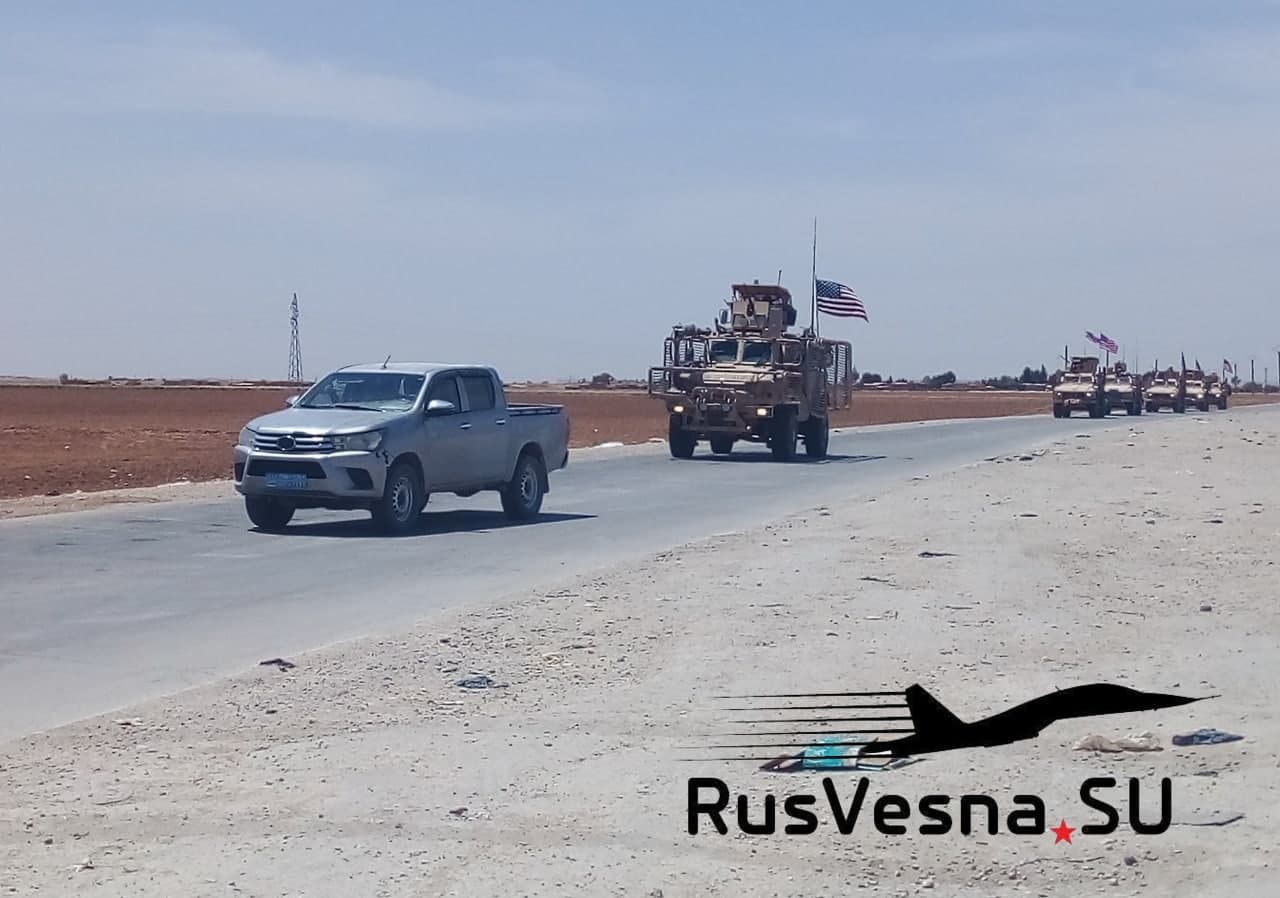 The incident is the first in a while. Last year, a number of similar encounters between Russian and US forces took place in northern and northeastern al-Hasakah.

Several units of the Russian Military Police and the Syrian Arab Army were deployed in northeastern Syria in October of 2019 in order to secure the region following the withdrawal of US forces from northeastern Aleppo, Raqqa and parts of al-Hasakah.

US forces are now apparently attempting to restate their influence in northeastern Syria by challenging Russian military presence in the region.

“Heroic move” :D hahahahahahahahahahahahahaha hahahahahahaha…. even Putinyahoo will laugh at this one, whilst his RT post articles about EU money going to “terrorists in Palestine”… the hasbra goyim RT is just voicing their Yahoos voice! But come on lads, it’s 8D chess ROFL

This latest comments forum format is awful. What was a healthy debate forum is now a platform for paid NATO shills.

What pressure was placed on Southfront to agree to this ?

Ruski kick the yankee wanker’s ass out of Syria!

Florian Geyer; I must agree, this new form format will take SouthFront down. Maybe it was designed to do just that. Very strange that no indication or explanation was given by SouthFront.

Good news is that there is no censorship, I can write every fucking word i want… funny how they are still stuck $520… ppl are not paying for this bullshit comment system!!

Trolls, bots and kids. Like Twitter&Youtube a few years ago before they introduced heavy censorship. Another proof that democracy is anarchy.

“Russians cant dare blocking Us convoy. Usa army is phoenix.Usa destroyed over 60 Wanger terrorists with one strike. Usual Kremlin propaganda.Do Not buy it.”

Isn’t that cute, Cletus is trying to write shit and he didn’t even need his mom to help him none …. and you wonder why the USA has turned into a broke ass flaming shithole … they should spend a little more on education and less on the military.

Biden specifically targeted South Front so it must be good. The US hates the truth Thar SF provides. That is likely the reason that there are so many CIA trolls posting nasty comments. I contributed to SF and will give more.

Nobody blocks an American, nobody.

Florian (the real one): I agree, this new comments format is really terrible. I’ve already sent a message to SF in this regard, asking them to reinstate the other format, but it seems that Disqus (which i normally use) won’t allow SF to use it. A new system, based in another country, should be used, same with the donations payment system. Decouple from the delusional idiots in the USA and its ball lickers.

Regarding SF funding, i’ve already tried several times to donate, as in hte past, and the donation website blocks ny payment to SF. I don’t use Bitcrap so there must be another way to send SF some donations. SF is a very good site, and the AHoles in the evil empire (USSA and its minions, like EU, Canada, etc.) are trying to make any dissension or other points of view verboten. They will fail.

As for the retarded western trolls here, i agree that there should be some form of moderation to get rid of this vermin.

Erik Nielson: Everybody blocks muricans now. It’s the new game in town. Get used to it. Your country and empire are gone, kaput, gone bye bye, not breathing anymore, DOA, wasted, gone limp dick, game over, is in rigor mortis, etc. – you get the picture. I know that you and so many of the other idiots trolling here also have the same issues that i just mentioned and you should keep checking to see if your paychecks bounce or not – they will very soon.

What are the muricans gonna do about it? Hahaha…muricans are legends in their own minds and are only good at making war movies with lots of CGI and sitting at keyboards typing out delusional tripe about their “feelings”, “gender perversion” and non-existent military “capabilities”, but when it comes to real fighting and real war, the Russians are the absolute bravest, smartest and best. The US ran with their tails between their legs when Russia brought its forces up to the ukrainian border and Blinkers made a hasty trip to see Zelensky to read the riot act to him to cool it, ’cause the murcians are scared sh*tless of the Russian military. They absolutely know that Russia will end the USA if it starts something, and it will be a lightning and awesome to behold annihilation of the murcan and allies forces.

The Jews cannot be happy about this. Their US Tyranny wardog blocked from plundering, destroying, and murdering for their Jew masters.

If this site only was healthy, You will be found by lander at Mars and alive:(

I hope they soon will come back but in an more sober commneting way. Too much funny farning.

They most likely has no choise.

TRump was blocked:) Is it true his ancisters are pinquins close to Antartic?

Rubels soon wil be converted to ME Liras and suddenly Russia has a lot of money.

before SF I read Plato, Aristotle, Marx, Berayaev, Levinas etc now I read Jens holm….LOL “the last virtues in an empire near collapse are tolerance and apathy”. Aristotle “north amerikans accept a level of ugliness in their daily lives nearly without precedence in the history of western civilization”. Yuri Bezmenov the decayed US empire dies in a few years

@yuri stop complaining, Jens is a great philosopher! Look at this great wisdom

Jens Holm: “TRump was blocked:) Is it true his ancisters are pinquins close to Antartic?”