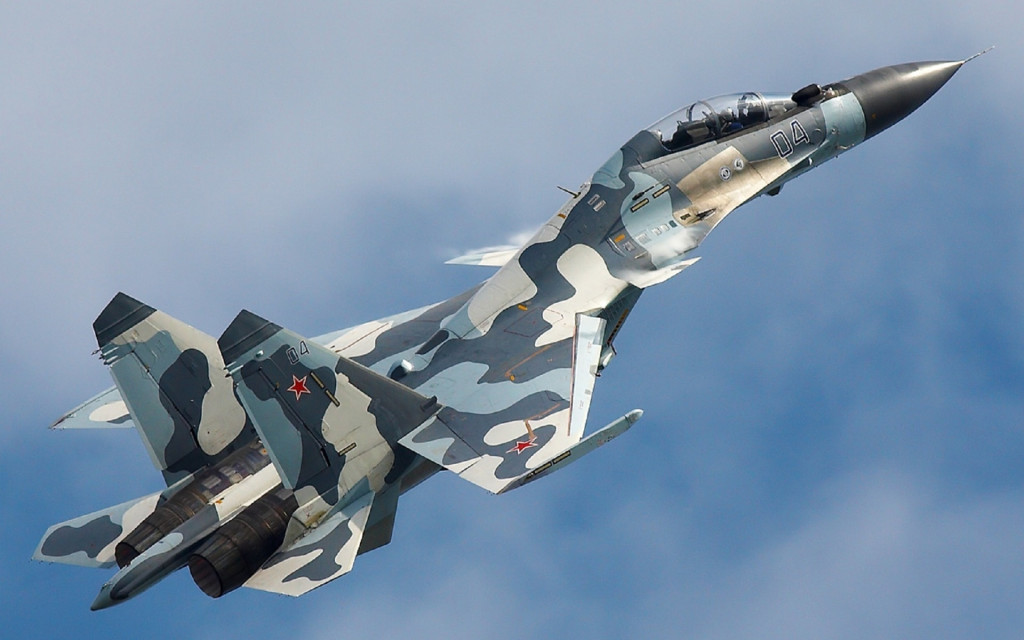 The situation in the Middle East is changing faster then experets could predict.

This article is originally appeared at Zero Hedge

While military direct intervention by US, Turkish, and Gulf forces over Syrian soil escalates with every passing day, even as Islamic State forces capture increasingly more sovereign territory, in the central part of the country, the Nusra Front dominant in the northwestern region province of Idlib and the official “rebel” forces in close proximity to Damascus, the biggest question on everyone’s lips has been one: would Putin abandon his protege, Syria’s president Assad, to western “liberators” in the process ceding control over Syrian territory which for years had been a Russian national interest as it prevented the passage of regional pipelines from Qatar and Saudi Arabia into Europe, in the process eliminating Gazprom’s – and Russia’s – influence over the continent.

As recently as a month ago, the surprising answer appeared to be an unexpected “yes”, as we described in detail in “The End Draws Near For Syria’s Assad As Putin’s Patience “Wears Thin.” Which would make no sense: why would Putin abdicate a carefully cultivated relationship, one which served both sides (Russia exported weapons, provides military support, and in exchange got a right of first and only refusal on any traversing pipelines through Syria) for years, just to take a gamble on an unknown future when the only aggressor was a jihadist spinoff which had been created as byproduct of US intervention in the region with the specific intention of achieving precisely this outcome: overthrowing Assad (see “Secret Pentagon Report Reveals US “Created” ISIS As A “Tool” To Overthrow Syria’s President Assad“).

As it turns out, it may all have been just a ruse. Because as Ynet reports, not only has Putin not turned his back on Assad, or Syria, but the Russian reinforcements are well on their way. Reinforcements for what? Why to fight the evil Islamic jihadists from ISIS of course, the same artificially created group of bogeyman that the US, Turkey, and Saudis are all all fighting. In fact, this may be the first world war in which everyone is “fighting” an opponent that everyone knows is a proxy for something else.

According to Ynet, Russian fighter pilots are expected to begin arriving in Syria in the coming days, and will fly their Russian air force fighter jets and attack helicopters against ISIS and rebel-aligned targets within the failing state.

And just like the US and Turkish air forces are supposedly in the region to “eradicate the ISIS threat”, there can’t be any possible complaints that Russia has also decided to take its fight to the jihadists – even if it is doing so from the territory of what the real goal of US and Turkish intervention is – Syria. After all, it is a free for all against ISIS, right?

According to Western diplomats, a Russian expeditionary force has already arrived in Syria and set up camp in an Assad-controlled airbase. The base is said to be in area surrounding Damascus, and will serve, for all intents and purposes, as a Russian forward operating base.

In the coming weeks thousands of Russian military personnel are set to touch down in Syria, including advisors, instructors, logistics personnel, technical personnel, members of the aerial protection division, and the pilots who will operate the aircraft.

The Israeli outlet needless adds that while the current makeup of the Russian expeditionary force is still unknown, “there is no doubt that Russian pilots flying combat missions in Syrian skies will definitely change the existing dynamics in the Middle East.”

Why certainly: because in one move Putin, who until this moment had been curiously non-commital over Syria’s various internal and exteranl wars, just made the one move the puts everyone else in check: with Russian forces in Damascus implicitly supporting and guarding Assad, the western plan instantly falls apart.

It gets better: if what Ynet reports is accurate, Iran’s brief tenure as Obama’s BFF in the middle east is about to expire:

Western diplomatic sources recently reported that a series of negotiations had been held between the Russians and the Iranians, mainly focusing on ISIS and the threat it poses to the Assad regime. The infamous Iranian Quds Force commander Major General Qasem Soleimani recently visited Moscow in the framework of these talks. As a result the Russians and the Iranians reached a strategic decision: Make any effort necessary to preserve Assad’s seat of power, so that Syria may act as a barrier, and prevent the spread of ISIS and Islamist backed militias into the former Soviet Islamic republics.

See: the red herring that is ISIS can be used just as effectively for defensive purposes as for offensive ones. And since the US can’t possibly admit the whole situation is one made up farce, it is quite possible that the world will witness its first regional war when everyone is fighting a dummy, proxy enemy which doesn’t really exist, when in reality everyone is fighting everyone else!

That said, we look forward to Obama explaining the American people how the US is collaborating with the one mid-east entity that is supporting not only Syria, but now is explicitly backing Putin as well.

It gets better: Ynet adds that “Western diplomatic sources have emphasized that the Obama administration is fully aware of the Russian intent to intervene directly in Syria, but has yet to issue any reaction… The Iranians and the Russians- with the US well aware- have begun the struggle to reequip the Syrian army, which has been left in tatters by the civil war. They intend not only to train Assad’s army, but to also equip it. During the entire duration of the civil war, the Russians have consistently sent a weapons supply ship to the Russian held port of Tartus in Syria on a weekly basis. The ships would bring missiles, replacement parts, and different types of ammunition for the Syrian army.”

Finally, it appears not only the US military-industrial complex is set to profit from the upcoming war: Russian dockbuilders will also be rewarded:

Arab media outlets have recently published reports that Syria and Russia were looking for an additional port on the Syrian coast, which will serve the Russians in their mission to hasten the pace of the Syrian rearmament.

If all of the above is correct, the situation in the middle-east is set to escalate very rapidly over the next few months, and is likely set to return to the face-off last seen in the summer of 2013 when the US and Russian navies were within earshot of each other, just off the coast of Syria, and only a last minute bungled intervention by Kerry avoided the escalation into all out war. Let’s hope Kerry has it in him to make the same mistake twice.

Tags:russian military, syria, the us

Zero hedge has been known to be wrong at times. I’ll wait to see if shows up and other sites. This would be a good move.

Finally! What a wait – how much does something have to be in Russia’s strategic interest for it to act..!?

So can Russia now starting acting like a proper Nation-State and protect all of its interests – next the people of Donbass!

Why the hell people from the UK should be begging for Russia to behave in its own interests is beyond me..

This article is false.