In September 2020, a Su-30 multi-purpose fighter was destroyed during a planned flight in the Russian Tver region. The plane was flying in a group of warplanes of the same type, when another Su-35S occasionally hit it with rockets during a training battle. The targeted plane that was worth about $50 million crashed.  Both pilots safely ejected from the warplane.

You may remember an aviation incident in September 2020, when a Su-30M2 plane was shot down during a training air battle due to a not disabled gun?

Actually, the pilot is now facing up to 7 years of camps and compensation for damage, which the investigator estimated at 1,143,079,091 rubles, 81 pennies.

And, of course, the state will lose a first-class pilot, whose cost of training is slightly less.

I will not even mention the following PR losses for the Russian Air Force and for the profession of a military pilot. There is a court ahead that will determine the guilt and the punishment.

This is not the only case that threatens pilots with millions and billions rubles, as said above, this has become a common practice.

Twenty years ago, for such an accident, a pilot lost the class, he was fined with salary and appointed to a non-flying position, but today, it seems that soon pilots will pay for each bomb or a rocket, which did not hit exactly the target during the training. Since there are ” obvious signs” of threatening of national combat readiness, sabotage and treason to the Motherland.

Only those who do not fly are not mistaken.

And if it goes on like this, then there will be less young people in flight schools, and those who are doing their service will steer clear from planes.

You refer to me as a “Fascist” in spite of Mussolini’s race-blind fascism that took no action against the jew and did nothing to discourage race-mixing, until they were pressured into by the National Socialists into changing course.

You are clearly a bot with absolutely no common sense to speak of and no different than the “diversity” morons on the left who preach anti-White Critical Race Theory. Facts and figures are “fiction” in your little mind, you incapable of thinking past your Marxist hogwash.

[The socialist fraternal kiss was a special form of greeting between socialist leaders. The act demonstrated the special connection that exists between socialist countries, consisting of an embrace, along with a series of three kisses on alternate cheeks.

In rare cases, when the two leaders considered themselves exceptionally close, the kisses were given on the mouth rather than on the cheeks.] 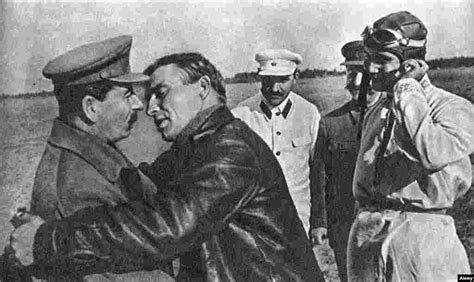 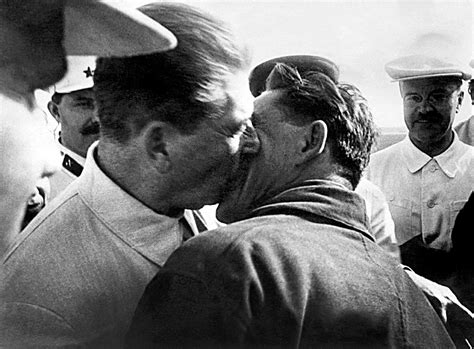 [Is it any wonder that, although virtually every American with a high school education has either read Dostoevsky’s Crime and Punishment or his The Brothers Karamazov (or both), his Diary of a Writer has been quietly consigned to oblivion by the controlled educational and publishing establishments in this country?

Dostoevsky especially condemned the exploitation of the poor, ignorant, and helpless Russian peasants by the voraciously greedy and utterly heartless Jews. For example:

“Thus, Jewry is thriving precisely there where the people are still ignorant, or not free, or economically backward. It is there that Jewry has a champ libre. And instead of raising, by its influence, the level of education, instead of increasing knowledge, generating economic fitness in the native population — instead of this the Jew, wherever he has settled, has still more humiliated and debauched the people; there humaneness was still more debased and the educational level fell still lower; there inescapable, inhuman misery, and with it despair, spread still more disgustingly. Ask the native population in our border regions: What is propelling the Jew — and has been propelling him for centuries? You will receive a unanimous answer: mercilessness. ‘He has been prompted so many centuries only by pitilessness to us, only by the thirst for our sweat and blood.’

“And, in truth, the whole activity of the Jews in these border regions of ours consisted of rendering the native population as much as possible inescapably dependent on them, taking advantage of the local laws. They have always managed to be on friendly terms with those upon whom the people were dependent. Point to any other tribe from among Russian aliens which could rival the Jew by his dreadful influence in this connection! You will find no such tribe. In this respect the Jew preserves all his originality as compared with other Russian aliens, and of course, the reason therefore is that status of statu of his, that spirit of which specifically breathes pitilessness for everything that is not Jew, with disrespect for any people and tribe, for every human creature who is not a Jew. . . .

“Now, what if somehow, for some reason, our rural commune [i.e., the institutionalized system of Russian peasant society] should disintegrate, that commune which is protecting our poor native peasant against so many ills; what if, straightaway, the Jew and his whole kehillah [i.e., organized Jewry] should fall upon that liberated peasant — so inexperienced, so incapable of resisting temptation, and who up to this time has been guarded precisely by the commune? Why, of course, instantly this would be his end; his entire property, his whole strength, the very next day would come under the power of the Jew, and there would ensue such an era as can be compared not only with the era of serfdom but even with that of the Tartar yoke.”]

Thank you, Marco Polo, for your valuable contributions in spite of the moronic bot-like distractors.

And yet you have never proven me wrong, whilst I always proven myself correct. Because you are an idiot, you do not bother to think outside of the box. Nor do you ever discover the inconsistencies and falsehoods in what your rulers will have you believe, you apparently don’t know how to hold a discussion and not repeat the same old nonsense over and over again.

thats it you getting mark for spam every comment

If the boss wants you to pay for damages, then the boss should also pay for success.

Unless it was done on purpose, then there is no reason for the pilot to be jailed and fined. It would be enough for the guy to endure the non stop reminders of his error from his comrades, so no need for such serious persecution of a volunteer. Re-training, maybe a demotion and a fine payable with a weeks salary, no more than that.

America is a poor beggar country

The days of piloted aircraft are numbered as ALL planes will be unmanned AI drones.
Missile development will also make aircraft carriers and navies redundant!

Does the pilot got the mark for a confirmed kill in air battle?

“satan is in the woodwork…”

Put this POS pilot to 25 years hard labor in the North. Work the “stupid” out of this traitor.

What did you expect from the neoliberal Putinist regime? Putin cultists keep grovelling before his mythical genius, but just about any nonliberal alternative, from Zhirinovskii on the right to Kurginyan on the left, would be better for Russia.

Well, successfully disabling the live fire systems during mock battle training is probably a basic prerequisite for remaining in any squadron cockpit…need to follow the basic procedures…

This whole article is LITERALLY copy and pasted from the RSOTM telegram channel lmaooo. How fucking lazy can Russian propaganda be that they copy and paste the whole text from a personal blog of someone else? hahaha FAIL!