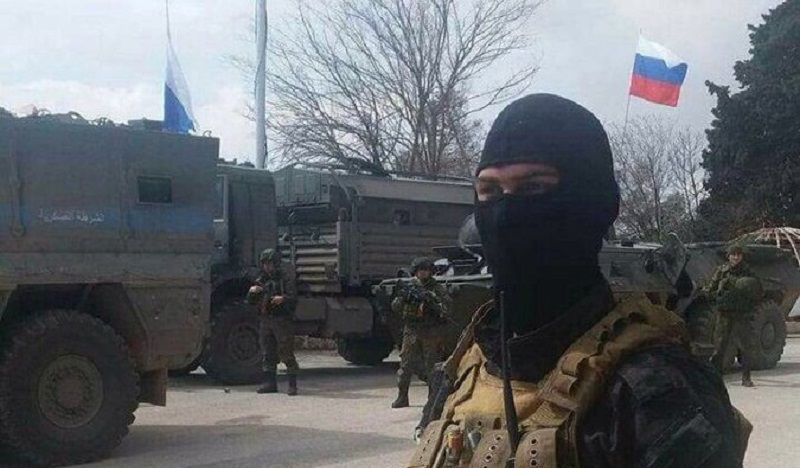 Russians are in Afrin

The Russian Defense Ministry denied the creation of a military base in the YPG-held area of Afrin in northwestern Syria.

According to the Russian military, some unit of the Reconciliation Centre had been deployed to the area to “observe” the ceasefire.

Earlier today, YPG spokesman Redur Xelil said that Russia was setting up a military base in the Afrin area and released a statement on the issue. The topic was widely covered in the media.

However, the Russian statement does not deny that the Russian military and the YPG would create a joint centre for coordination of military operations and distribution of humanitarian aid.

In Any case, this will clearly contribute to further improvement of the relations between Kurdish military political entities and the Syrian government.

Officially yes.They dont want to destroy their relations with Turkey.

I think this is why turkey has upped the import tax on grain and sunflower oil for Russia, lol.

You know, Turkey has no friends. They only think about themselves. They should be contempt to the fact that they are now on Syrian soil and continue to kill Assad Forces and destabilize Syria.

And what this has to do with Syria?

Must be that Erdodog came away from Moscow talks with nothing! Except rotten tomatoes! At the time Turkey and FSA trash where making threats against Manbij and SDF. Grain and sunflower oil will be sold elsewhere. HAHA :-) Putin won this chess match.

I like this one its true the bloody fool got rotten tomatoes,oil and grain.His going to through political opponents,Nederland and Germans.Erdogan the one man rule power hungry desert rat.

Turkey has ambitions in Syria which Russia doesn’t agree with. It seems Erdogan visiting Moscow didn’t yield in desired result which would explain these “sanctions” and recent a press release saying it doesn’t recognize Crimea as part of Russia:

Erdogan probably wanted green light from Russia for Manbij and he didnt get it .But he cant do a lot of things.Not recognizing Crimea and these sanctions arent anything serious.If this is everything Erdogan can do,he is very weak

No problem keep it under table!!

Alleged Israeli drone shot down by Syrian air defence in Quneitra countryside appears to be a ‘Skylark’ drone. Primary user of drone is IDF.