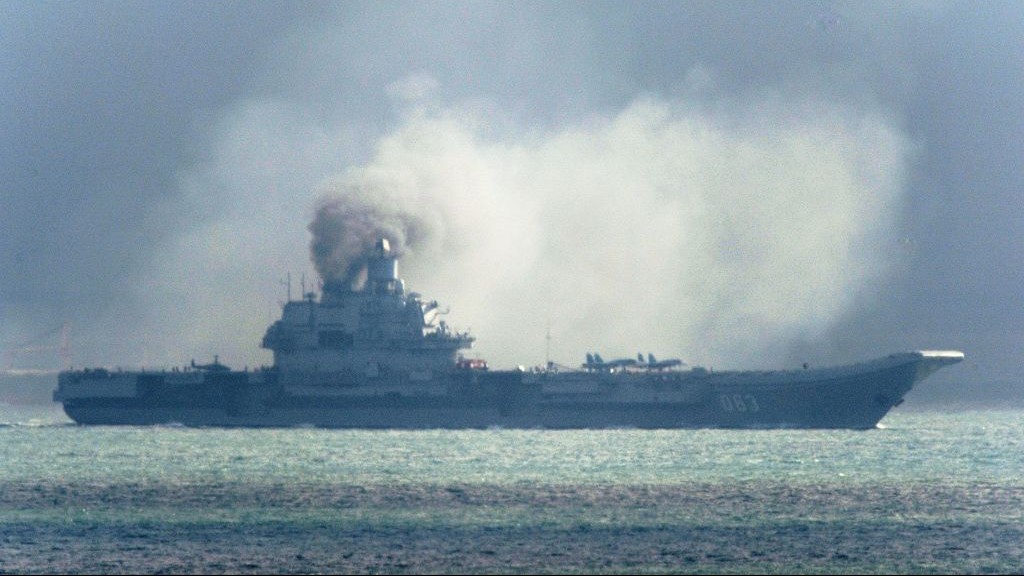 The Russian aircraft carrier Admiral Kuznetsov passes within a few miles of Dover, in the southeast of England as a fleet of Russian warships sail through the North Sea, and the English Channel Friday October 21, 2016, on their way to the eastern Mediterranean Sea (Gareth Fuller/PA Wire)

A flotilla of Russian warships is now in the eastern Mediterranean off the Syrian coast, the commander of Russia’s flagship Admiral Kuznetsov aircraft carrier Sergei Artamonov confirmed on state television (Russia-1 TV channel).

Artamonov, said via videolink that the warships are now in the “designated zone… in the eastern Mediterranean” and “are now jointly carrying out tasks, maneuvering to the west of the Syrian coast.”

He confirmed that aircraft are already taking off from the ship’s deck to view the conflict zone.

“Flights are being carried out from the deck… they are working on coordination with the shore port,” Artamonov said, adding “The flights have been going on practically every day for the last four days.”

The Kuzntesov battle group has traveled to Syria from the North Sea through the English Channel to conduct missile strikes and flights in the area. Experts believe that the Russian naval task force that includes Admiral Kuznetsov heavy aircraft-carrying missile cruiser, Pyotr Veliky nuclear-powered battlecruiser, Admiral Grigorovich guided missile frigate and other warships will be actively involved into military operations in Syria.

According to Russian Interfax news agency’s military and diplomatic source, MiG and Sukhoi jets have been regularly flying into Syrian airspace from the Kuznetsov to “determine combat missions.”

While the Russian warship flotilia is readying to deliver strikes on terrorists across Syria, SouthFront suggests some an exclusive graphic series on the topic: 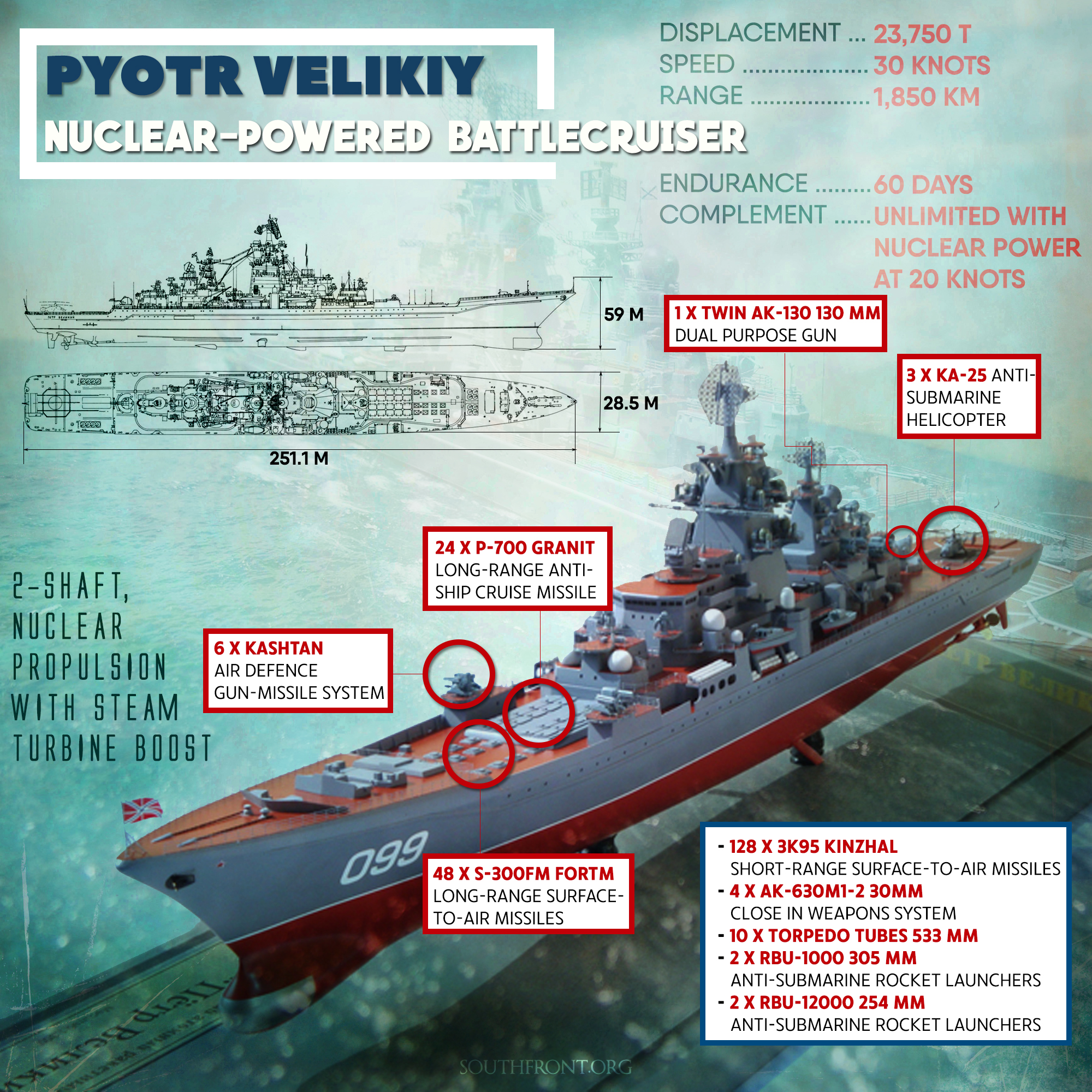 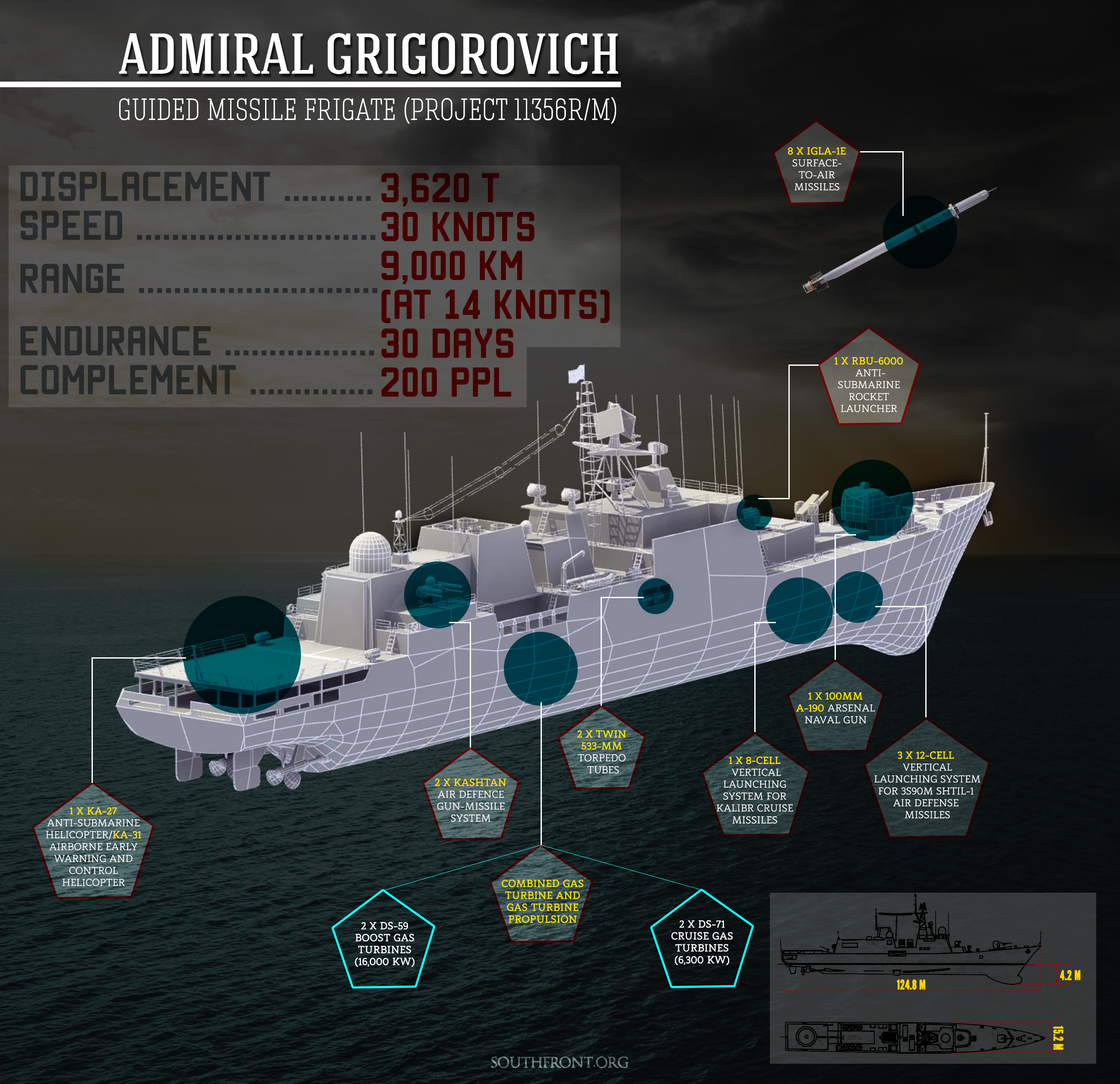 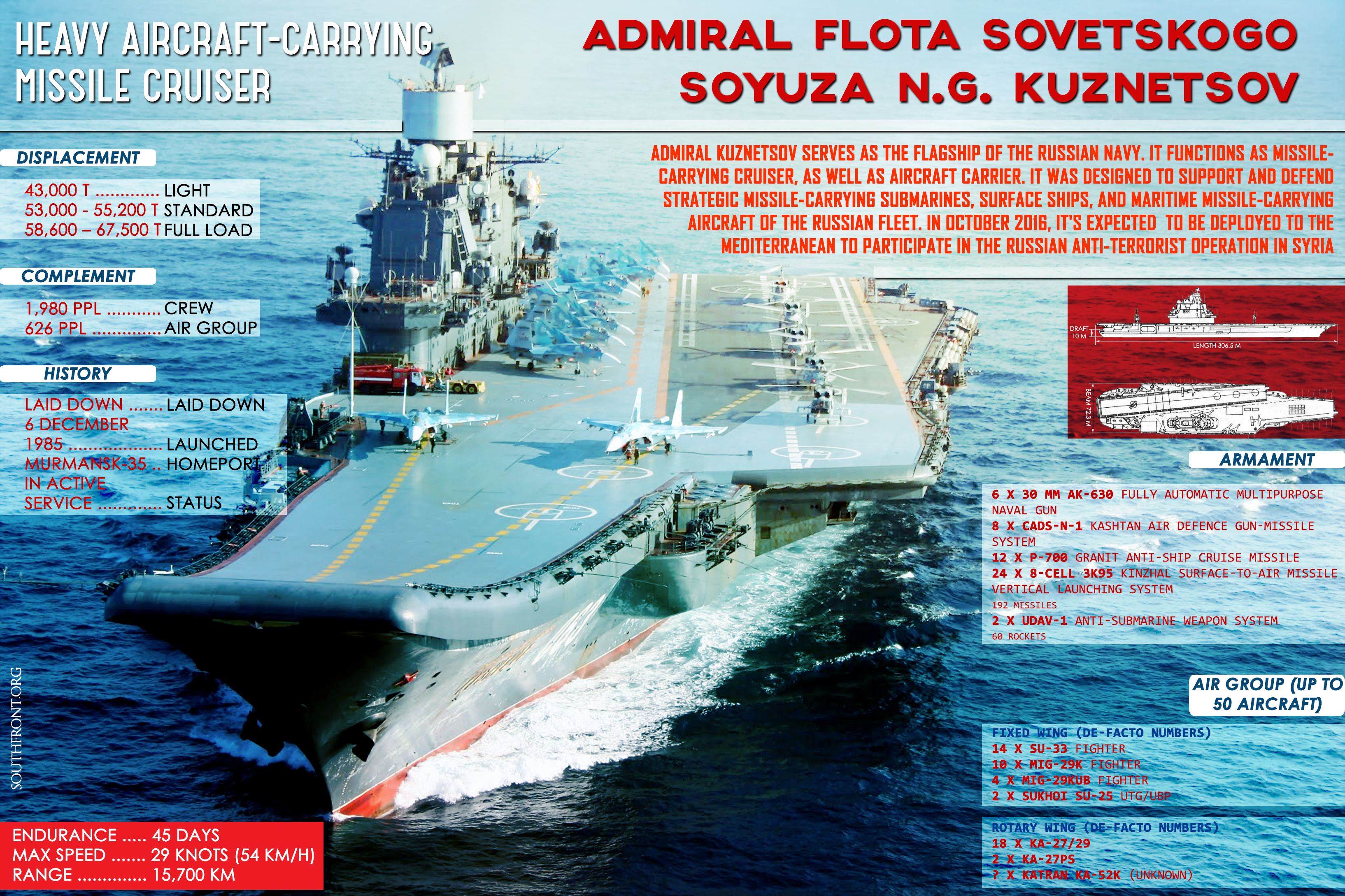 It’s fireworks time. The rats should have left E. Aleppo. Now they are doomed.

This diesel evil will cause ecological disaster.

You should be glad that the shipindustry and also the navies around the world still burn the HEAVY OIL on their ship engiens. !!! Otherwise it would be dumped somewhere in the nature. THTA would be a catastrophe !

The naval presence is great , the extra air support should stop the flow of jihadists and arms from southwest of Aleppo . I would like to see Russia deploy 20,000 troops in Egypt , and have the Egyptians send a similar amount to beef up SAA where needed , especially Days az Zawr , because after the Turks take Raqqa , those oil fields near Days az Zawr are going to look very tempting . And Egypt having thrown in with Russia should be well secured .