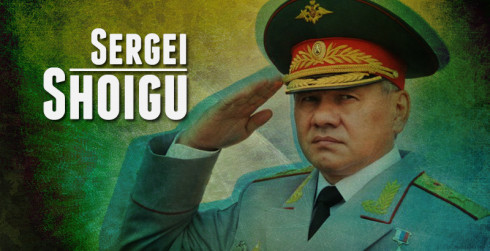 On December 6, the command of the Russian Armed Forces held a conference assessing the interim results of the ongoing Special Military Operation in Ukraine.

Russian Defense Minister Sergei Shoigu claimed that six settlements have recently come under control of the Russian military. They include the villages of Mayorsk, Pavlovka, Opytne, Andreevka, Belogorovka Yuzhnaya and Kurdyumovka.

Russian control of these villages was confirmed by the numerous reports from the front lines and official statements of the Russian ministry of Defence, what  confirms the ongoing successful offensive of Russian-led forces on the Donbass front lines, especially in the Bakhmut region.

In his turn, Ukrainian President Zelensky confirmed that the Bakhmut region is “the hottest and most painful” for the AFU.

On November 30, the Russian military confirmed control of the villages of Andreevka, Pershe Travnya (also known as Ozaryanovka) and Belogorovka located in the region of Bakhmut. On the next day on December 1, Russians claimed control of Kurdyumovka. LINK, LINK

The AFU also lost control of the strategically important village of Pavlovka located on the southern outskirts of Ugledar on November 14.  LINK, LINK The Ukrainian military continue attempts to counterattack in the area but suffer heavy losses and retreat. According to the Russian Defense Ministry, on December 5, over a hundred servicemen of the Armed Forces of Ukraine were killed there.

Destruction of Ukrainian forces in Pavlovka in November:

In total, Russian Defence Minister estimated the losses of the Ukrainian side at more than 8 thousand people in November alone. The AFU also lost five planes, 10 helicopters, almost 150 tanks, and more than 300 armored combat vehicles.

Earlier, the head of the Ukrainian presidential office Mikhail Podolyak claimed that during the nine months of hostilities in Ukraine, the losses of the AFU amounted to up to 13 thousand dead.

The fantastic numbers claimed by the head of the Ukrainian presidential office do not cause any confidence, including among his Western counterparts.

On November 30, the head of the European Commission, Ursula von der Leyen, said in a video message that 100 thousand Ukrainian servicemen had been killed since the beginning of the Russian military operation. Later, this video was removed from the page of the head of the EC. Then, a few hours later, a new video was published but her claims about Ukrainian losses were cut off. 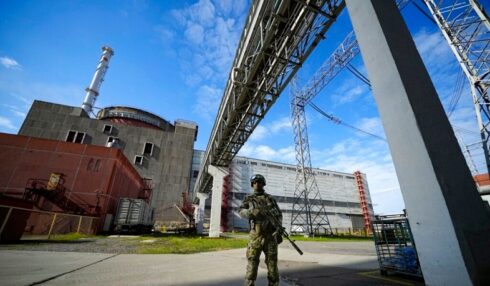 In his speech, Russian Defence Minister also reminded that Russian troops “are taking all measures to ensure the safety of the Zaporozhye nuclear power plant,” and Kiev “seeks to create the appearance of a threat of a nuclear catastrophe by continuing to purposefully shell this facility.”

According to the Russian Minister, the Armed Forces of Ukraine have fired 33 large-caliber shells at the NPP over the past two weeks. Most of them were intercepted by Russian air defenses, “however, some of them hit objects that affect the safe operation of the nuclear power plant.”

“We classify these attacks by Ukrainian troops as nuclear terrorism,” Shoigu said.

“Right at the moment the shelling of the Zaporozhye nuclear power plant is ongoing, or rather not directly of the NPP, but of the industrial zone, from about seven in the morning. <…> Strikes are being carried out on the industrial zone, very loudly, the city woke up precisely from the rumblings and from the blows,” said Rogov, a member of the main council of the administration of Zaporozhye.

The industrial zone of the NPP is being shelled with NATO artillery pieces. It is difficult to asses damage and casualties, as it is necessary to wait until the shelling stops.

After 10 months of 3 day war u really have to be crazy to think that anyone will believe this shit you are posting.

The Objective
Reply to  Nik

They still think propaganda will distort the reality that Russia lost the war and is in retreat. Not a single Russian supporter on SF thinks Russia will still win this war. Deep inside, they know it’s a mess and hope for a negotiated settlement asap. But they won’t admit it.

You guys still think Russia CAN denazify Ukraine, as you call it? Pride goes before a downfall.

Chad
Reply to  The Objective

I guess you meant “Gay pride goes before a downfall”. I agree with that.

LED
Reply to  The Objective

Your reality is very subjective …I see an economic and social battle beyond Ukraine where the West is not doing so well where winning is not well defined.

V for victory
Reply to  The Objective

ahahahaha, even ukros admit that Ukraine lost 13,000 men in this November alone. Do you call this massacre ‘victory’?

Muhhammed the Twinkie
Reply to  The Objective

Faggots, cunts and hohols still think propaganda will distort the reality that Ukropizdan has lost the war and is in total collapse. Not a single Ukropizdan supporter on MSM thinks NATO will still win this war. Deep inside, they know it’s a mess and hope for a negotiated surrender ASAP. But they won’t admit it.

You faggots amd cucks still think NATO trannies CAN occupy Ukropizdan, as you call it? Faggot pride always goes before the Flood.

Truth. You hear more and more voices within the Western media, both journalists and military people, who say – in a diplomatic and a face-saving form – what you said. The West can either start war economy or it’s over. The people will not accept war economy for this proxy war and where there is no or little self-interest for the people. And there’s also no greater cause or justice and there cannot be for the West, as the Western elite has abandoned any morality and justice or godliness and is in this regard even combating their own populations. Think of the LGBTQ agenda of the globalist Western elite.

Do you guys think I should sack soigu? Please give me your valuable thoughts.

He is more the king of the hungergames…

The UK is winning

Diesel price per US gallon

I wonder if Medvedev is like Rudolf Hess, tricked into a totall war… And that agenda 2030 is a little bit more then “digital currencies and electronic identification”…

What are the goals of the smo? They keep changing Lost track… And where is the bad ass 3rd army? 🤔

Russia Is Looking Like A Fool, Need I Say More!

whom to believe on RmD side? Igor konashenkov’s Statements or Sergei Shoigu’?

One or both are total liars, either 300% of Ukrainian airforce has been destroyed for months already, or another 5 aircrafts and 10 helicopters…. Shoigu’ boasting about shut down Ghosts?

” whom to believe on RmD side? Igor konashenkov’s Statements or Sergei Shoigu’? ”

Give it up , it’s too complicated for you. Buy your daily Bildzeitung and be happy. They write always the truth.

Ok smart one, give me inside,how u handle it?

Thats logic/ honesty for u? Ur brain can work this out as being ok?

Everything still going according to plan.

The Crunge
Reply to  Putin is sad

Putin is sad. So are the folks in Ukraine that lost their electricity.

Ivan flatheads only one 400 million dollar US aid package away from getting repayed.

Unlike barbaric Ivan hordes, no civilian Targets will be hit, just more railways, bridges,depots and ur Wagner sodomites, chechen tiktoks and non Equiped mobilized will enjoy fieldmarschall frostbite even more.

And of course no Winter offensive,trust me

Plan is let Ukraine peoples die then substitute by Polish and EU peoples.