Russian military advisors particiapted in the preparation of the Syrian Army airdrop operation behind ISIS defense lines that took place at the administrative border between Homs and Raqqah provinces last weekend, the Russian Defense Ministry announced on Monday.

The airdrop opeation was led by Commander of the Tiger Forces, General Suhel Hassan, and supported by Russian Ka-52 attack helicopters.

“On August 12 night, for the first time since the beginning of hostilities against ISIS terrorist group in Syria, the government forces managed to prepare and conduct a brilliant operation to make a tactical landing in the rear of the militants which resulted in their complete defeat and capture of the settlement of Al-Hadar about 120 kilometers west of the city of Deir Ezzor,” the ministry said. “With the help of night vision systems, the renowned [Ka-52] Alligators not only effectively directed and corrected the fire of multiple-launch rocket system, but also destroyed [ISIS] armored vehicles and armed cars,” the ministry said.

The airdropped troops were holding positions until the appraoch of the main striking force.

“The actions of the tactical landing force and the effectiveness of the fire damage inflicted on Daesh fighters allowed the government troops to seize al-Hadar without losses,” the ministry said.

The Russian Defense Ministry’s video of the operation:

Brilliant, impressive! All my congratulations! 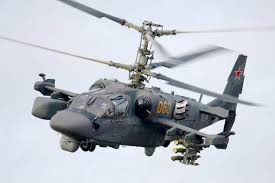 Great job. Minimal losses – way to go when at all possible. Maximum losses to jihadists because once infected by that desease they will still be an instrument of evil and will still be dangerous for people around them.
Daesh is dissolving. Merkel is welcoming them…Don’t think that sane Germans/Europeans are that much happy with what is going but they (as nations) seem to lost the ability to resist. Multiculturalism will take over western Europe. I can’t help but start to agree with crazy predictions that in about 10-15 years many Europeans will refugee to Russia :)

I was blown away by this video of SU 25 and operations at the airbase:
https://www.almasdarnews.com/article/powerful-footage-russian-jets-hunting-isil-terrorists-across-syria/

I noticed the SAA likes to move him around quite a bit as a morale booster.
And for many photo ops. :)

Be careful they bite!!! 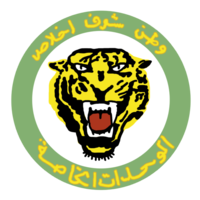 Good move, he has turned out to be an ace commander. And now his reputation alone is enough to boost morale. They would be silly not to use that.

Really liked the two tank’s getting taken out especially the last it was moving and firing away at something and then hang at least three Isis dead brilliant news !!