On May 25, the newspaper of the Russian military Red Star published an infographics providing details on the activity of the Russian Armed Forces over the past week.

The infographics pointed out that the Russian Armed Forces had contributed to a peace restoration in Syria. The military provided medical assistance to 500 Syrians and furnished more than 13 tons of medicament and foodstuffs. 66,257 people returned back home in East Ghouta from refugee camps. According to the data, 2,513 inhabited localities are participating in the process of reconciliation.

According to the infographics, 8 submarines, 43 vessels and 12 logistics vessels were kept at the sea last week. The army carried out 222 flights at 62 airdromes and 9412 parajumpings. The plan of preparation period’s actions is completed for 50%. 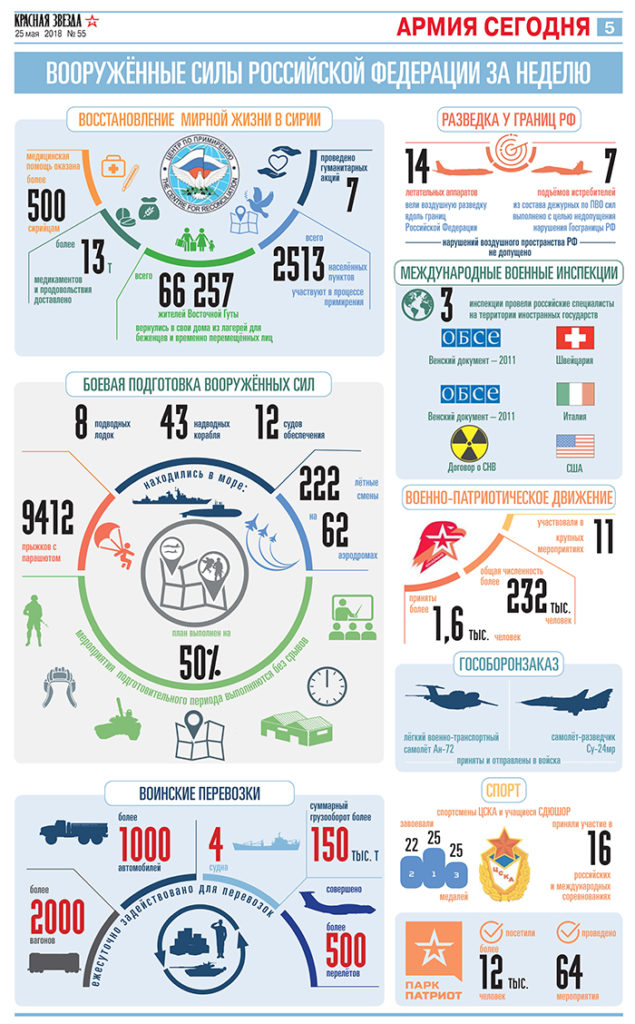 On daily basis, logistics operations involved more than 200 wagons, 4 vessels with a total cargo turnover of 150,000 tons and more than 100 vehicles. More than 200 flights were also accomplished over the last week.

The military received a transport aircraft Antonov An-72 and a reconnaissance and electronic warfare aircraft Su-24MP.